The Mysore Dasara celebrations are famous the world over for its grandeur. The 10-day affair, Karnataka's Naadahabba (state festival), is a heritage ceremony that continues to be celebrated by the royal family of Mysore and people of Karnataka. This year, the celebrations kicked off from October 10 and will continue till the 19. The last three days of the festivities are not to be missed. The celebration culminates with the spectacular Jumboo Savari (Elephant Parade) on Vijayadashami, the 10th day of Dussera.

If you haven't yet seen the Mysore Dussera festivities, it's time to head to the heritage city now. Here's how you can plan your three-day trip:

Day 1: October 17
Mysore Palace:
Head to the palace and take the 60-90 minutes tour. Request for officially appointed palace guides who can speak in English and a few other Indian languages for a better understanding of the palace with a historical context and anecdotes or opt for an audio guide that's available in different languages. During the 10-days, the palace campus also has an exhibition with stalls that sell knick-knacks and other collectibles. RK Narayan's House:
After the palace tour, grab a quick bite at any of the restaurants in the surrounding area, and visit renowned writer RK Narayan's House (located in Yadavgiri) that's turned into a museum. Railway Museum:
If you have had too much of history in the morning, take a break at the Railway Museum on Princess Road or you could click a few pictures around the beautiful St Philomena's Cathedral. 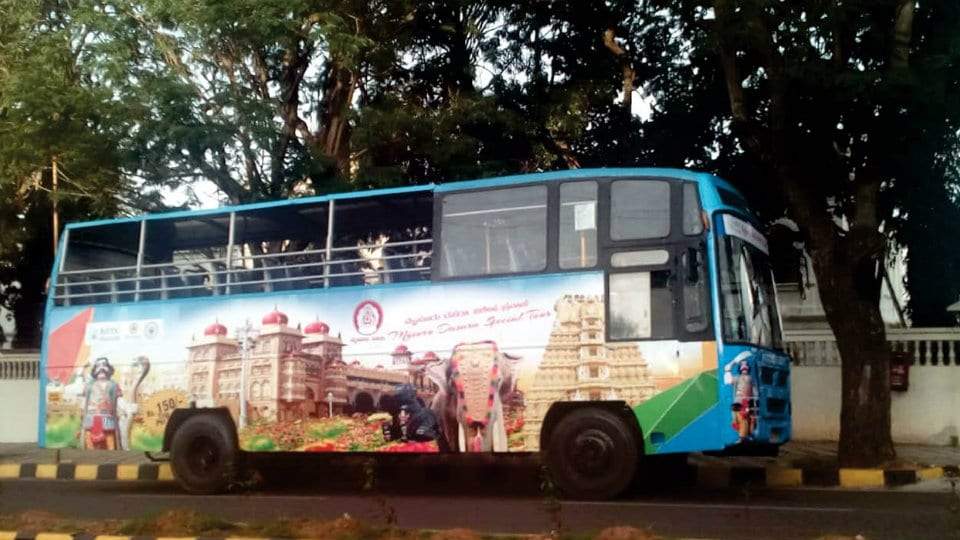 The palace boasts of nearly 100,000 lights that illuminate it at night. 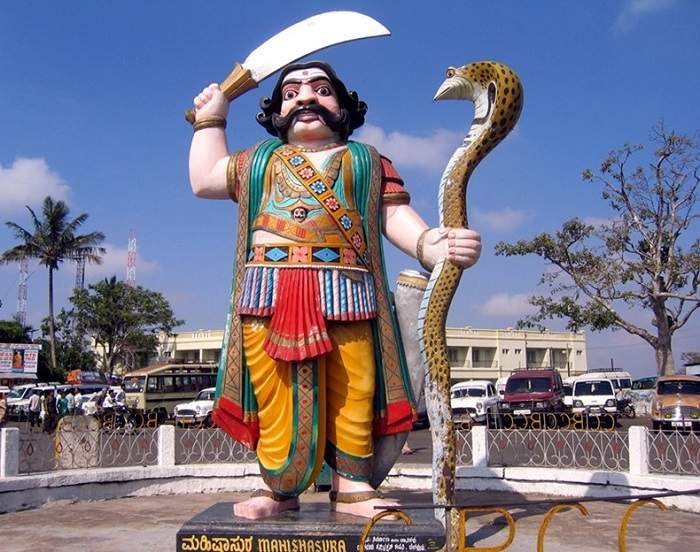 Chamundi Hills:
Start your day early with visit to the scenic Chamundi Hills in the morning. View the sunrise from atop the hill and get a bird's eye view of the Mysore city. The drive up to the hill and back will take about three hours time. 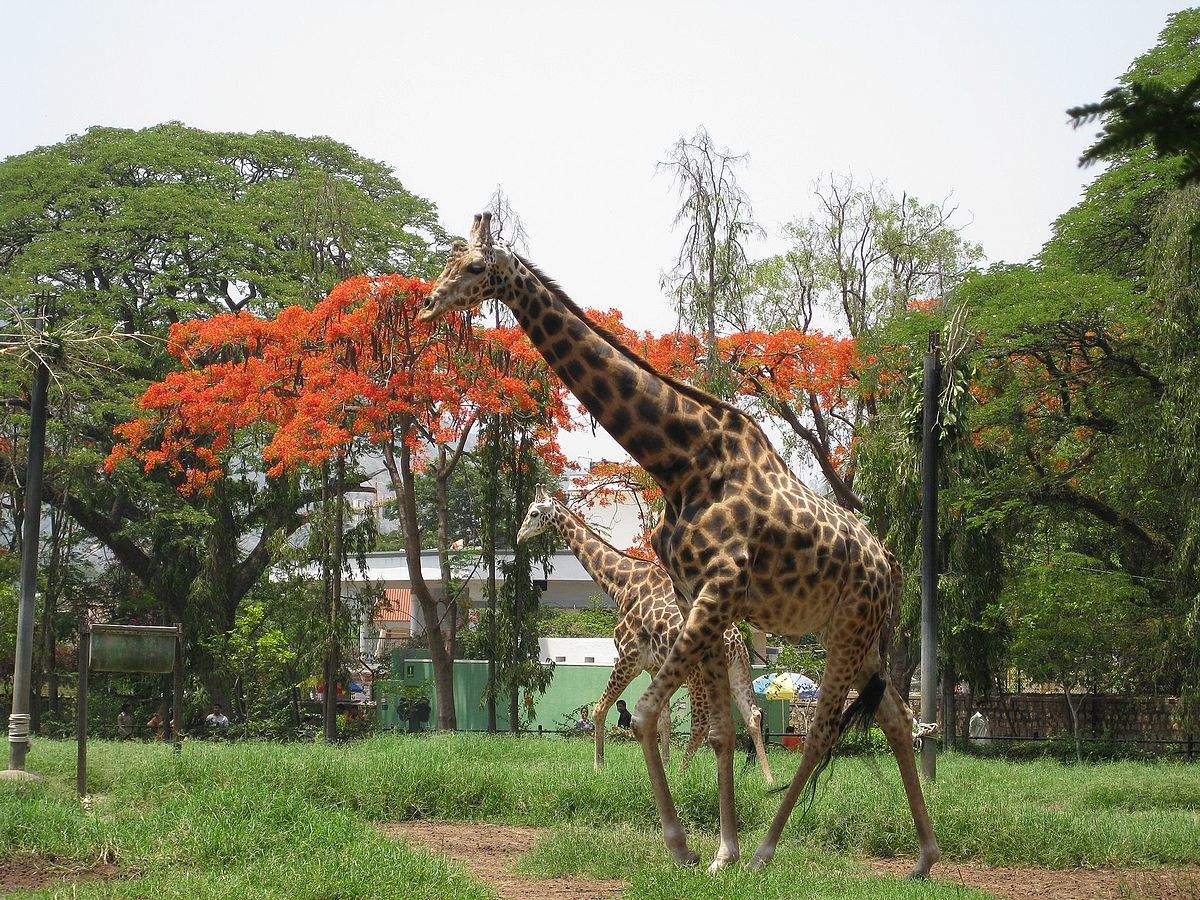 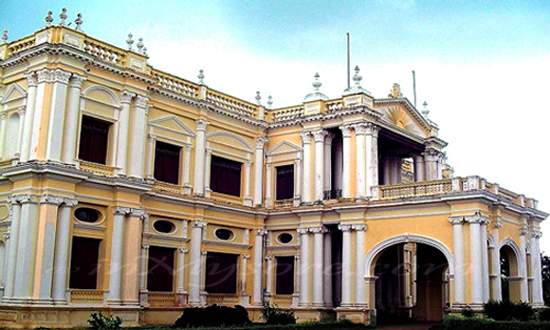 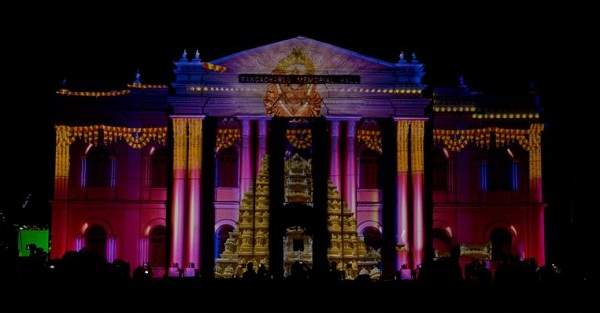 Town Hall:
End your day with a visit to the Town Hall that is the venue for 3D lighting show. October 18 is the last day for this visually-striking, colourful light show. 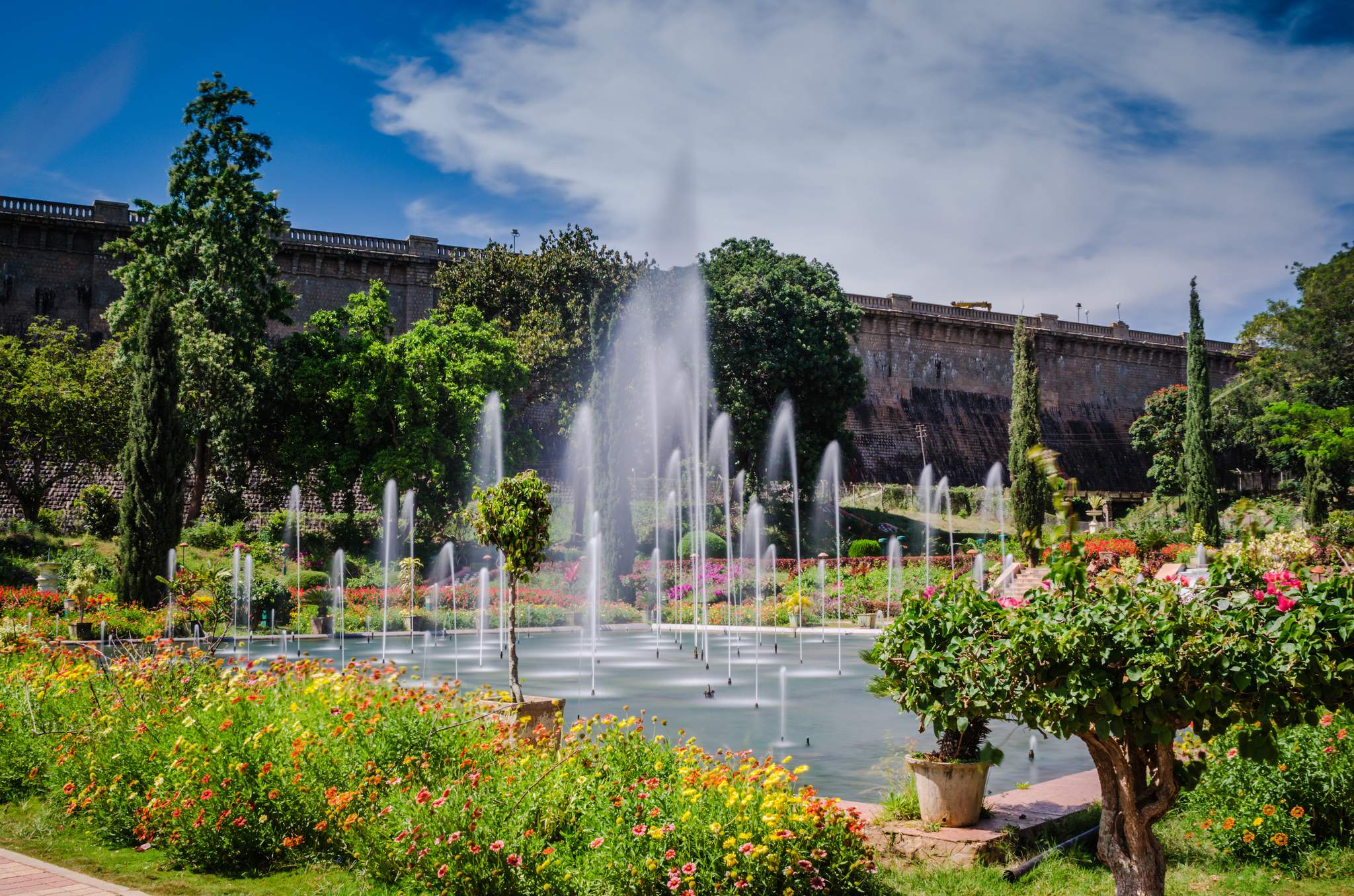 Brindavan Gardens:
Or after the visit to Chamundi Hills, visit the KRS Dam and Brindavan Gardens that's about 22 km from Mysore city. The gardens are popular all over the world for the best landscaping and the sound and light show.

Day 3: October 19
Srirangapatna:
On the last day of the celebrations, we suggest you go on a quick tour of Srirangapatna before the Jumboo Savari begins post lunch.

Tipu's Summer Palace is made mostly of teak wood and is set amidst beautiful gardens that are named the Dariya Daulat Bagh. 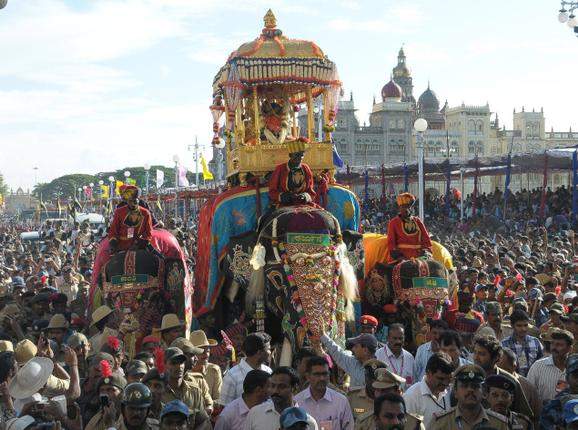 Jumboo Savari:
Head back from Srirangapatna to Mysore by lunch time to witness the grand culmination of the Dasara celebrations with the Jumboo Savari.

The Jumboo Savari (elephant parade) is a three-hour spectacular showcase of Karnaataka's culture through tableau and display accompanied with music. The procession starts from Mysore Palace and culminates at Banimantap. We suggest you buy a ticket to get a seat and view the procession from the palace premises. (Tickets Rs 500 upwards)

Tips:
Important tourist spots and monuments in Mysore are in close vicinity, so explore by foot or hire a cycle
Mysore is well-known for knick-knacks, collect as many as you can while you are travelling
Citizens are quite helpful and can converse in English and Hindi apart from the local language -Kannada, in case you need help, just reach out to the locals