Just last week, while you were busy with your mundane work or gearing up to kick off your weekend, a band of musician took to the stage to create awareness about issues plaguing society.

100 Pipers Play for a Cause, brought together bands of musicians across 27 cities in India, to create awareness on pressing issues like air pollution, single-use plastic, rainwater harvesting, wildlife protection and caring for underprivileged. With a total of 100 gigs, the initiative reached out to millions in India spreading the altruistic message. 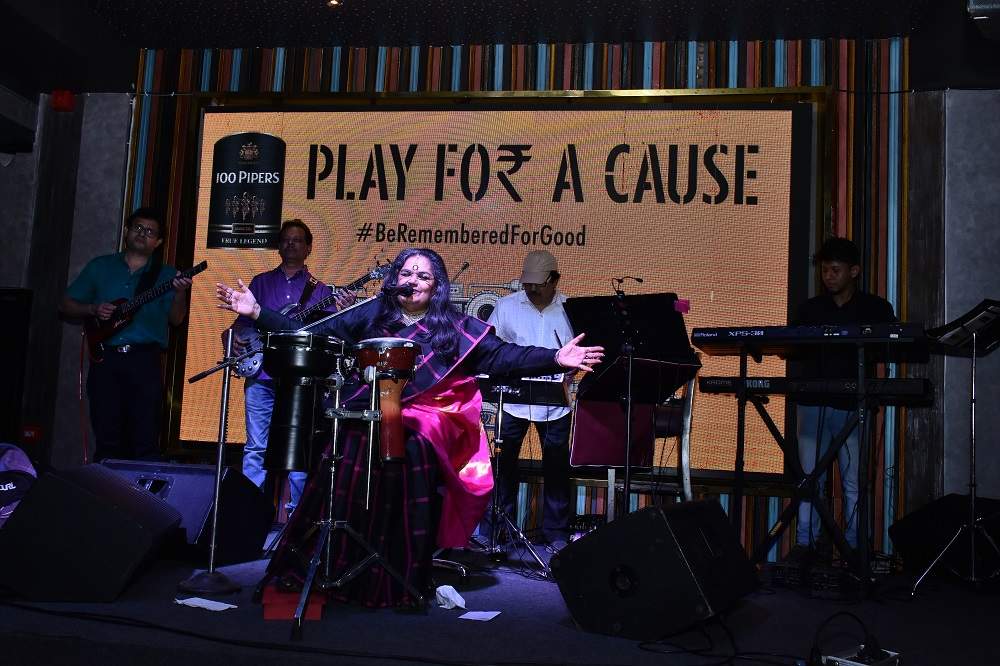 In Kolkata, we had our very own, Usha Uthup, who held everyone captive with her powerful voice at Hard Rock Café. The doyen of music, who performed with several other renowned talents on the stage of the Park Street hotspot, sang her signature numbers to the delight of the audience. Excited and nervous before the performance, even after completing 50 years in the industry, the ace artiste who holds issues of kidney donors and women close to her heart says, “It’s great to be part of such an initiative which is creating awareness at such a large scale. It’s wonderful to work with the young guns of our city and unite for a cause.” The mellifluous singer partnered with 100 Pipers Play for a Cause to drive awareness around meals for unprivileged in Kolkata.