Millions had responded to the Facebook event to storm Area 51, the common name of a highly classified United States Air Force facility located within the Nevada Test and Training Range. The whole thing started as a joke when Matty Roberts from Bakersfield created a Facebook event on July 27 and called it “Storm Area 51: They Can’t Stop All Of Us”. Long-standing rumours about the government housing aliens and UFOs in the area were the inspiration behind Matty finally calling upon like-minded alienists to check out the facility. He scheduled the event for September 20. In just about three days, the event went viral and over 2 million Facebook RSVPs came through. Another 1.2 million users marked as “interested” in attending the rebellious act. The whole conspiracy got so scary, that Facebook admins eventually took down the event listing. 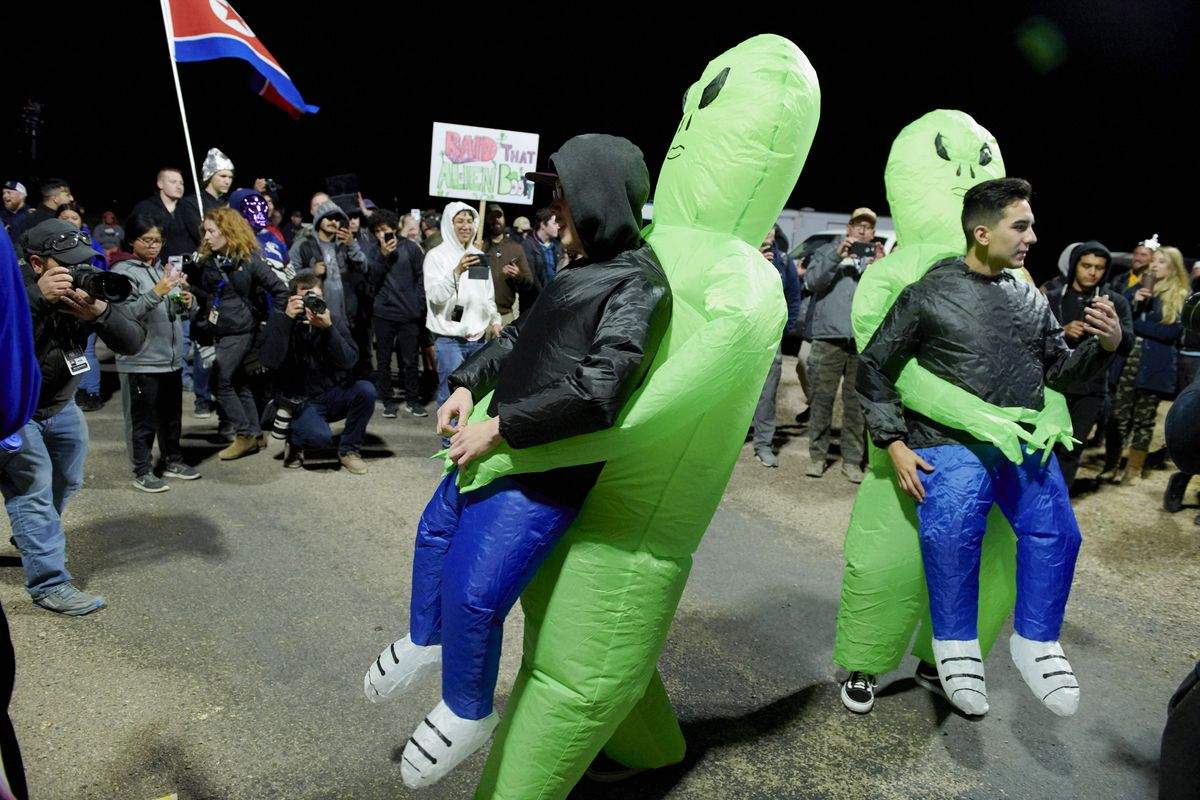 Nevertheless, authorities and public were equally apprehensive of a bunch of teenagers running into the high-security area. The U.S. military issued warnings that lethal force would be used if necessary to keep people from entering Area 51. But turns out, the facebook users only shared the enthusiasm online, as less than a hundred people showed up at the facility on September 20. According to reports, nobody attempted to enter the site and only one person was arrested by the police, that too for urinating near the gate. The ‘raid’ turned out to be a celebration for internet meme-makers to shout slogans and snap selfies.
However, the whole commotion has brought out a marketing angle to the conspiracy, with musicians and artists taking it up. FooFighter has released a new live album of their 2005 performance at Walker Air Force Base in Roswell, New Mexico to mark ‘Storm Area 51 Day’, which is presumably the only win for Matty Roberts and crew.