Lakshadweep-based filmmaker Aisha Sultana has been charged with sedition after she called the federal territory's administrator a "bioweapon" being used by the government against the islands' residents.

The case against Aisha Sultana was registered at a police station in Lakshadweep's main island and capital, Kavaratti, following a complaint by a local politician belonging to Prime Minister Narendra Modi's Bharatiya Janata Party (BJP), Indian media reports said on Friday. The filmmaker was booked in a case of sedition and hate speech for her comments criticizing Administrator Praful Khoda Patel's Covid handling in the islands.

During a news debate on a regional channel, Aisha Sultana blamed the increase in Covid cases in the island on Praful Patel's decisions and remarked that the Centre had used a "bio-weapon" against Lakshadweep. "Lakshadweep had zero cases of COVID-19. Now it is reporting a daily spike of 100 cases. What the Centre has deployed is a bioweapon. I can say this clearly that the central government has deployed bioweapon," she had said on a Malayalam TV debate earlier this week.

The Administrator has been accused by protesters including Lakshadweep Parliamentarian Mohammed Faizal in the past of doing away with quarantine protocols that were a must for people to enter Lakshadweep.

BJP's Lakshadweep chief, C Abdul Khader Haji, complained to the police accusing Aisha Sultana of "anti-national" comments. The filmmaker defended her comments on Facebook and wrote, "They have filed a sedition case against me but I want to reiterate that truth will win. Case was filed by a BJP worker from Lakshadweep. I will continue my fight for the land where I was born. We don't fear anyone. My voice is going to be louder now."

Thomas Isaac, Member, Central Committee of Communist Party of India, reacted to the news, and tweeted, "Aiysha Sultana, budding filmmaker, booked under sedition charges. Crime: Dared to describe admin policy a bio-weapon . Reason: Laccadives did not have a single case of Covid for a year until admin removed mandatory quarantine for travellers. Now Covid rages. Some sedition indeed!" 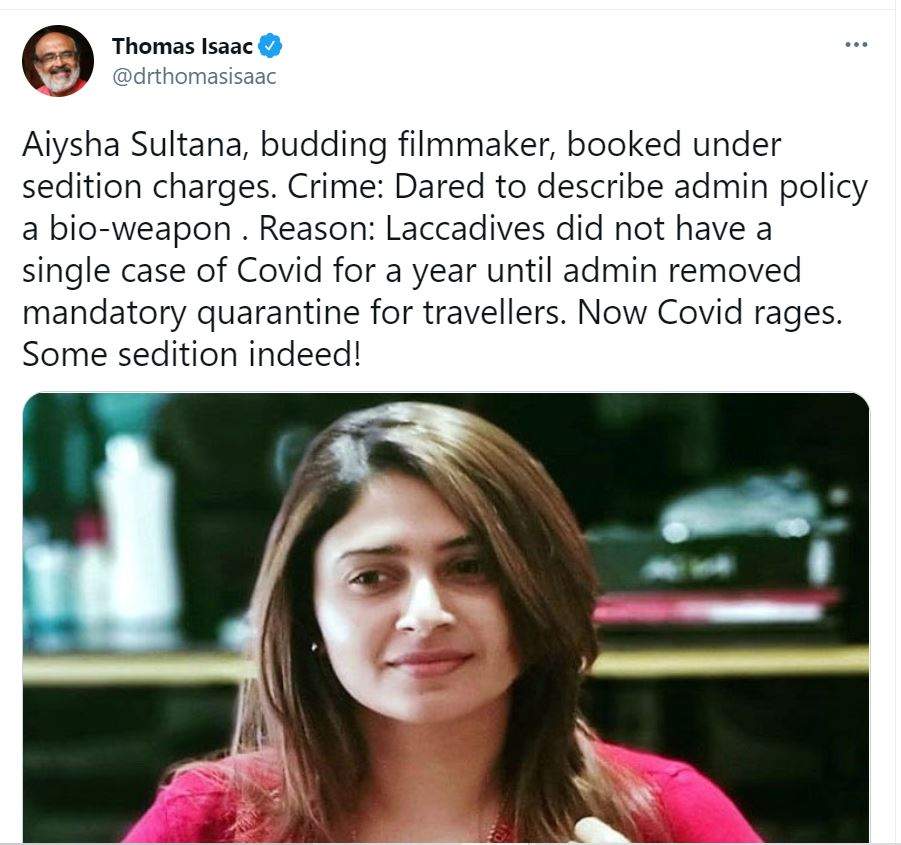 Shashi Tharoor, Member of Parliament too reacted and in a thread of tweets has asked the case to be dropped, "In our democracy, criticism of Govt that does not involve incitement to violence is not seditious, a principle the Supreme Court has repeatedly upheld & that various state police forces have more repeatedly ignored. The case should be dropped." 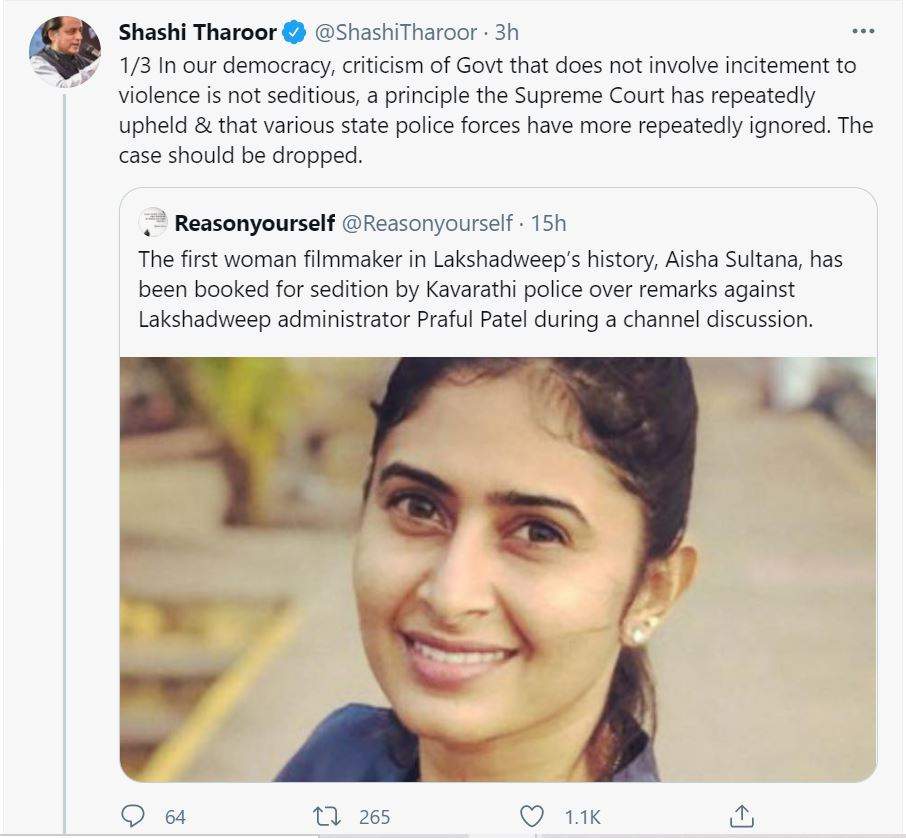