This weekend over 2,000 Bengalureans will play dirty games. Before your imagination runs wild, here’s what we mean: participants will be seen competing in one of the toughest endurance races in India, The Phoenix Project. It’s not just this race, many fitness enthusiasts in the city are upping their game, participating in activities that test their endurance. We speak to a few of them, such as Deepa Bhat, who will be running the Khardung La Challenge, an ultra  marathon in Ladakh; Gaurav Vohra, who has just completed a skiing expedition in the Himalayas; Sharon Robin, who has made it to the top 20  of the CrossFit Games; and  Tanmai Jain, a regular at extreme sports events. 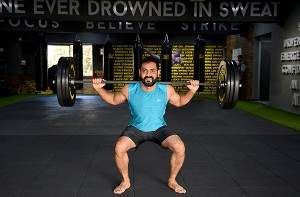 Gaurav Vohra, Mountaineer and skier
In the year 2015, he scaled Mount Kilimanjaro in Tanzania. In 2016, he was on top of the Kang Yatze peak in Ladakh. This year, the 37-year-old Gaurav Vohra, CEO of Jigsaw Academy, has already achieved his first goal. “I skied for five days from an elevation of 3900mt on the Apharwat peak (in Gulmarg). Six hours of skiing every day was very tiring but it feels great,” says Gaurav whose warm-up includes seven different types of push-ups. Gaurav who trains at Cult - The Workout Station had to build ‘eccentric muscle strength’ for skiing. “Most fitness freaks will know that you build strength when you rise up from a squat, I focused on the reverse by carrying heavy weight and squatting down— because this was the movement during skiing,” says Vohra who is now preparing for a mountaineering expedition to Uttaranchal in May. 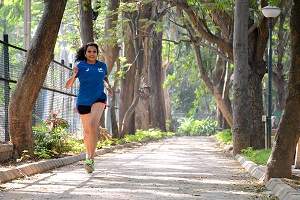 Deepa Bhat, Ultra runner
Calling her a super-mommy will be an understatement. The 40-year-old director of sales at a startup, Deepa Bhat, is a known face in fitness circles. The mother of two will be participating in The Phoenix Project this weekend and at the same time, she is training for the world’s highest ultra-marathon, the Khardung La Challenge, a 72-km run, at an elevation of 5370m in Ladakh. “I have six months to train my mind and body,” says Deepa whose training includes an intense mix of running, weight-training and yoga. She starts her day at 4.45 am, finishes her run, cooks, packs lunch boxes for everyone and is at work by 8.30 am. Despite following such a punishing regimen, Deepa is all smiles. “I do this because I want to make the most of my 40s and I feel now is the time.” 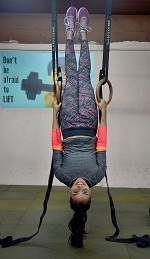 Sharon Robin, CrossFit Games athlete
A gold medalist in school sports and always a topper in her class, Sharon Robin takes competition seriously. The young marketing professional, who was part of her school and college basketball teams was always a fit girl. But since the time she enrolled for a CrossFit trial class in September 2015, she realised her fitness was not really up to the mark. “I couldn’t complete the 20-25 minute non-stop session,” she admits. Nearly a year-and-a-half since then, Sharon has achieved her goal of being among the top participants in the CrossFit Games 2017. Her fitness rituals at the Genome CrossFit training centre includes, “Five kettle bell swings, 10 hollow rocks and 10 squats in a minute. And we repeat it for 20 minutes,” she says.  Though Sharon’s mum felt she was getting very muscular, looking at her daughter’s fitness levels she too is giving Sharon a thumbs up. 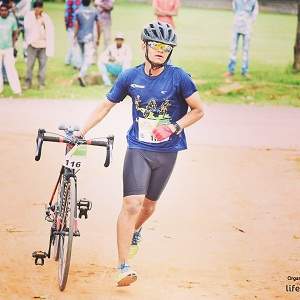 Tanmai Jain, long distance runner
The 19-year-old engineering student, Tanmai Jain, is keen on taking up challenges. A long-distance runner with the Jayanagar Jaguars, Tanmai is also a second-time participant in The Phoenix Project. “An obstacle race is the best way to check physical and mental grit of a person,” says the young man. On training days,when he runs, Tanmai’s day starts at 4 am. His meals include sprouts and beetroot juice, “Beetroot increases oxygen content in the blood and particularly helps runners,” he explains. But Tanmai isn’t a rookie in the fitness circuit. He never misses an opportunity to participate in races. “I personally like participating as it tests my abilities. Finishing a race is a great experience. It cannot be expressed in words,” says the young man who is keen on making  a career in the defence services.