Planning to holiday in Goa? Here’s how you can live like a local at this coastal haven

There aren’t many places in India where you’ll find artwork depicting a tattooed Gandhiji. Let alone one portraying an inked ‘Father Of The Nation’ smoking a doobie; walking alongside a pig tied to a hemp-strewn chain. But that’s what sets Goa, everyone’s collective happy place, apart from the rest of the country.

This coastal haven means different things to different people. Some, want to lazily stretch on hammocks tied to coconut trees during languid seaside sojourns. Others, view it as an annual pilgrimage of debauchery. Then, there’s the third kind. The traveller who seeks contentment in living like a local.

It’s during a recent visit to the ‘Sunshine State’, that I realised—despite soaking in the region’s laidback vibes and idyllic beaches time and time again, I’d never attempted to truly embrace the susegad aka chilled-out lifestyle. To right this wrong, I signed up for a few affordable ‘experiences’ found on Airbnb’s app after deciding to spend my long weekend in a home located in Pilerne-Candolim Road. The ‘home’ turned out to be a luxurious villa called Casa Sol; complete with its own plunge pool surrounded by woodlands and a decked out penthouse.

Slice of life
After fighting the urge to lounge around the property for a bit, I headed to The Lazy Goose, nestled under the Nerul Bridge, for a late lunch. Though their chicken cafreal—a gastronomic lovechild from the Portuguese era—is worth its weight in gold, the picturesque riverside eatery is a bit on the rambunctious side primarily due to its newfound ‘hotspot’ status on the epicurean trail.

For a more refined and hands-on approach to Goan gourmet fare, later that day, I ventured out to the sleepy suburb of Penha de Franca for a cooking/tasting session at award-winning food writer Odette Mascarenhas’ home.

In spite of various other deeply-engaging regional activities on the cards (including paddle boarding to watch dolphins in Mandrem, a guided walk through Panaji’s 300-year-old neighbourhoods, and unwinding with some art therapy in Canacona), I opted to crash out for the night as I had a unique early morning workout lined up.

Even though caffeine failed to completely wake me up from my stupor, three hours of an intense urban survival workshop did. Pekiti-Tirsia Kali, is a highly effective 120-year-old martial art indigenous to the Philippines—and Aditya Roy is one of two Indians qualified to teach it.

Within his rustic training space titled LightHaven in Moira, the hand-to-hand combat expert guided me through the basic techniques of defending myself, channelling aggression, and surviving close-quarter attacks.

After the drill, a much-needed afternoon siesta (embracing yet another truly Goan trait), and some poolside relaxation, I caught a ride to Velha Goa to meet up with ‘chief party-starter’, Nupura Hautamaki. This certified guru of regional inebriants showed me a side of Goan nightlife that I’d never encountered in my 10 years of frequenting its watering holes—one that’s a far cry from epilepsy-inducing disco lights and eardrum-pounding DJs.

Does sampling seasonal farm-to-barrel IPA's like Eight Finger Eddie within a 19th-century heritage villa, sound like fun? Then you need to try out the state’s newest microbrewery, Goa Brewing Co. Another spot that blew my mind blown was Mafia Cocktail (Sister Cook) Goan Foods! Yep, that’s what the signboard says at this, unassuming and dimly-lit, late-night bar.  If the cannabis graffiti, inspired by the Indian independence struggle, on their walls doesn’t impress you, their beef tongue platter and locally-brewed cashew feni pairing will. 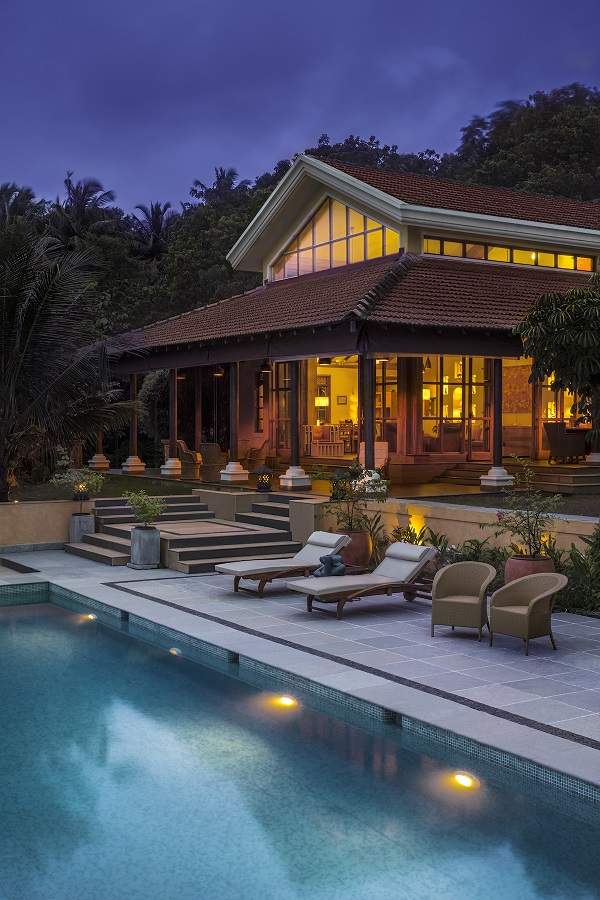 Sign up
Airbnb offers various experiences designed and led by Goans. These go beyond typical tours or classes. Here are some unique activities:

Going green
Wildlife conservation may not be the first thing on your mind when the word ‘Goa’ pops up in conversations. However, all of that will change once you visit Wild Otters, outside the Salim Ali Bird Sanctuary. The organisation, based out of Chorao Island, will teach you about habitat restoration, wildlife monitoring, and even help you build your own raft (DIY-style). `1,800 per person.

Under the stars
How about a picnic within a jungle? This activity is centred on learning about the village life in Credo, Agonda. Chef Bob Aldrin, your host, will ensure that your bonfire meal (for two) amidst the wild flora and fauna remains one for the books. P.S Don’t miss out on his chocolate fountain dessert. `1,800 per person.
**

The writer was in Goa on invitation from Airbnb.