Some heroes are meant to save the day and retire to the pavilion with the mere joy of having done so. Such has always been the case for this cricketing legend who played the gentlemen’s game with a grace and attitude that only he alone could have carried. Rahul Dravid might have had his fair share of success and glory at the top but having lived in the shadows of far more glamorous names for the most of his playing career, a cricket fan would know, how much more, this man truly deserved. With this collaborative effort, Sportwalk pays a sincere tribute to the man who stood tall, every time his team needed him to.

Sportwalk is a startup from Chennai which focuses on enhancing the sports fan experience with an array of products in merchandise, digital and print media. It has been working towards introducing the good old style of comics as a visual storytelling tool into the sports media in India. 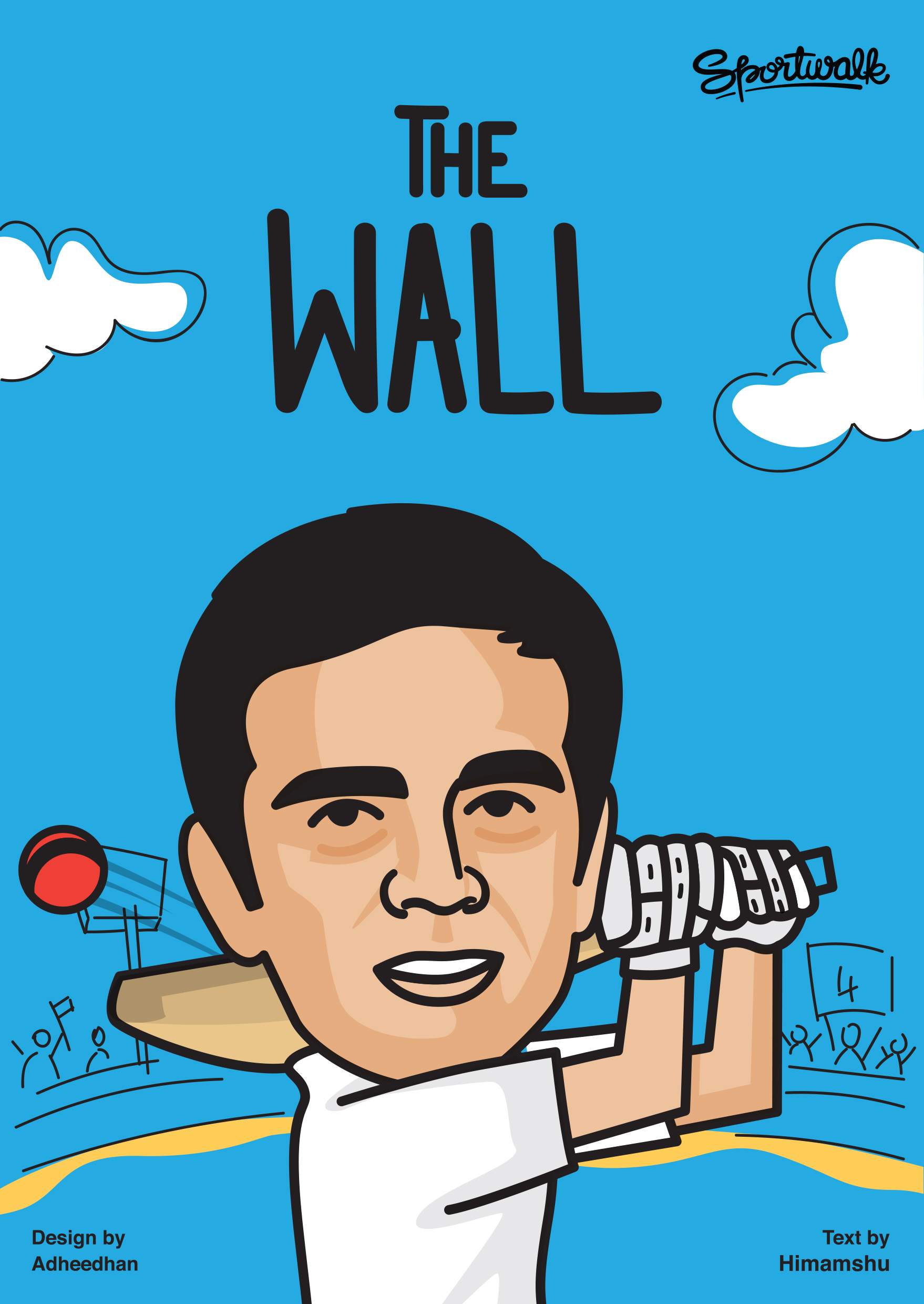 Having worked with organized football fan clubs across the country over the past two years for memberships, Sportwalk is set to release its first comic book on 11th January 2018. Titled as ‘THE WALL’ – the comic book features 15 glorious moments from Rahul Dravid’s illustrious career – from him taking on Allan Donald at the Wanderers to the famous Eden Gardens come back. Each moment is depicted by a comic and described by a passage.

Speaking about the launch, Divakar KS, the co-founder of Sportwalk told, “We have been conceptualizing and drawing fan comics for the past couple of years. When we got in touch with the RDFC – Rahul Dravid Fan Club last year about the project, they were excited about the idea and wanted to go forward. I am happy with the way the project has taken shape. I am sure this will mark a good start for the introduction of comics into sports media.”

“The Influence of comics has been reducing with times due to change in how people spend time and read content. Today, comics have to adapt to the new mediums and the subject must connect with the audience. That’s what we are looking at.”- told Adheedhan, the cartoonist working on the project. The online launch is happening on 11th January which happens to be Rahul Dravid’s birthday and the offline launch happens at Sportwalk’s Huddle event in Adyar on 20th January. The event also features a quiz on Indian Cricket’s fab four.

Sportwalk also became the first sports comics brand to be a part of the Comic Con India after exhibiting in Hyderabad, Mumbai, and Bengaluru in its tour of 2017 – garnering visibility of over 70,000 people.

The comic will be available in Sportwalk’s online store: http://store.sportwalk.co/