This Dutch extreme athlete climbed the Mount Everest in his shorts 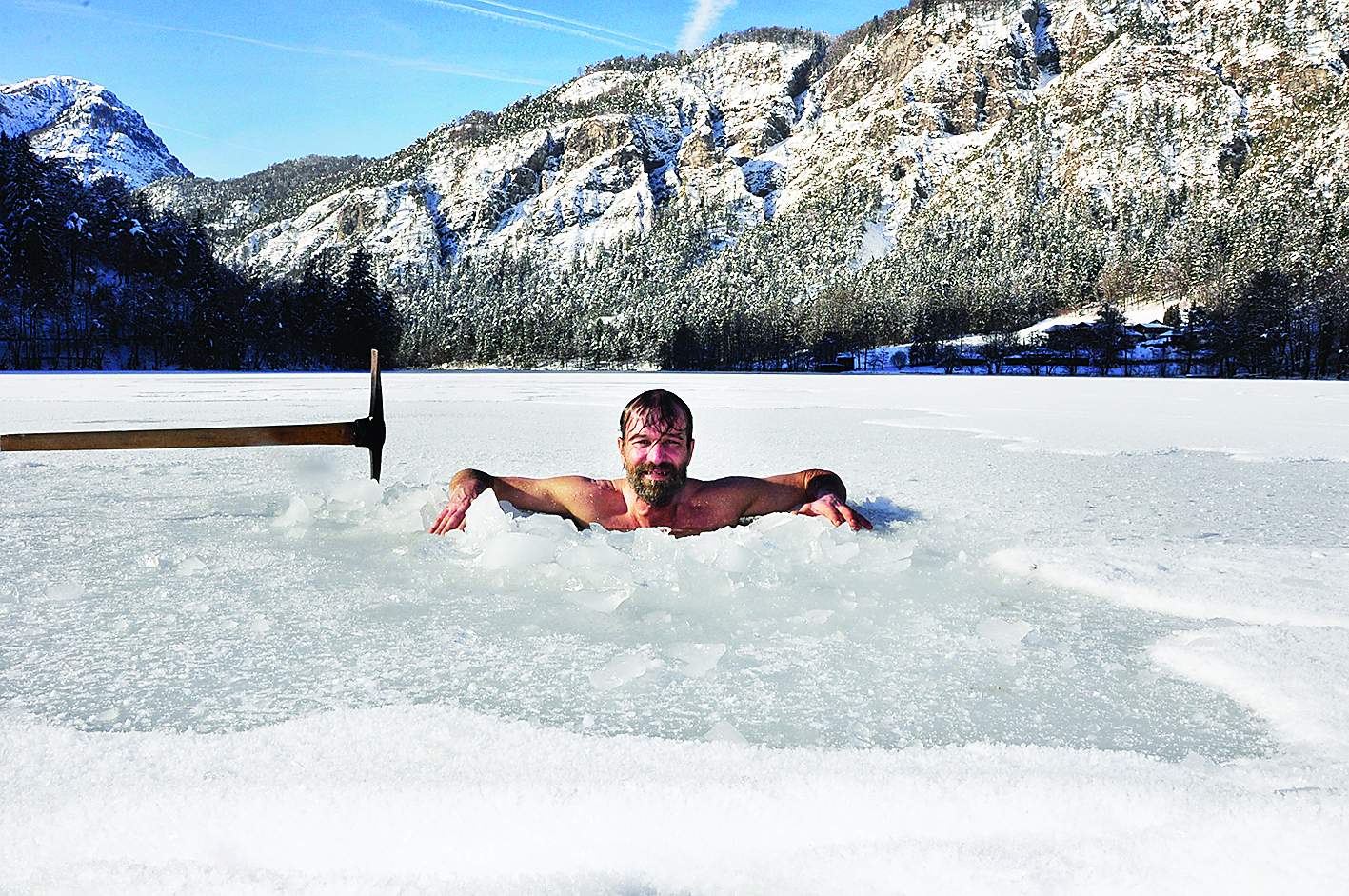 It's barely 22 degrees early in the morning in Chennai and we are bringing out the blankets and the ear muffs. With the summer blazing down around the year, it’s almost as if our bodies reject the idea of a lower temperature or the possibility of a ‘winter’ season. Now, imagine scaling Mount Everest to a whopping 22,000 ft with temperature going as low as -20 degrees celcius, or completing a marathon above the Arctic circle in Finland or maybe even sitting in a long ice bath for one hour and 44 minutes —  all this while just wearing shorts and shoes! After following a viral video on Facebook that showed him immersed in cold water, we identified him as  Wim Hof — an extreme athlete from the Netherlands, also known as The Iceman, a moniker that seems just about apt right now.

He is now the subject of scientific studies that examine the endurance of the human body. “I’ve embraced the cold in many ways,” says Wim Hof. “I had already tried karate, yoga, kung fu and philosophies.  He then discovered the cold, loved it and became really good at enduring extreme weather.” Hof has the ability to withstand extreme temperatures by using the Wim Hof Method breathing techniques based on the Tibetan Tummo meditation style, sans the religious angle. It is said to help with multiple sclerosis, arthritis, diabetes, PTSD, anxiety and other such disorders. 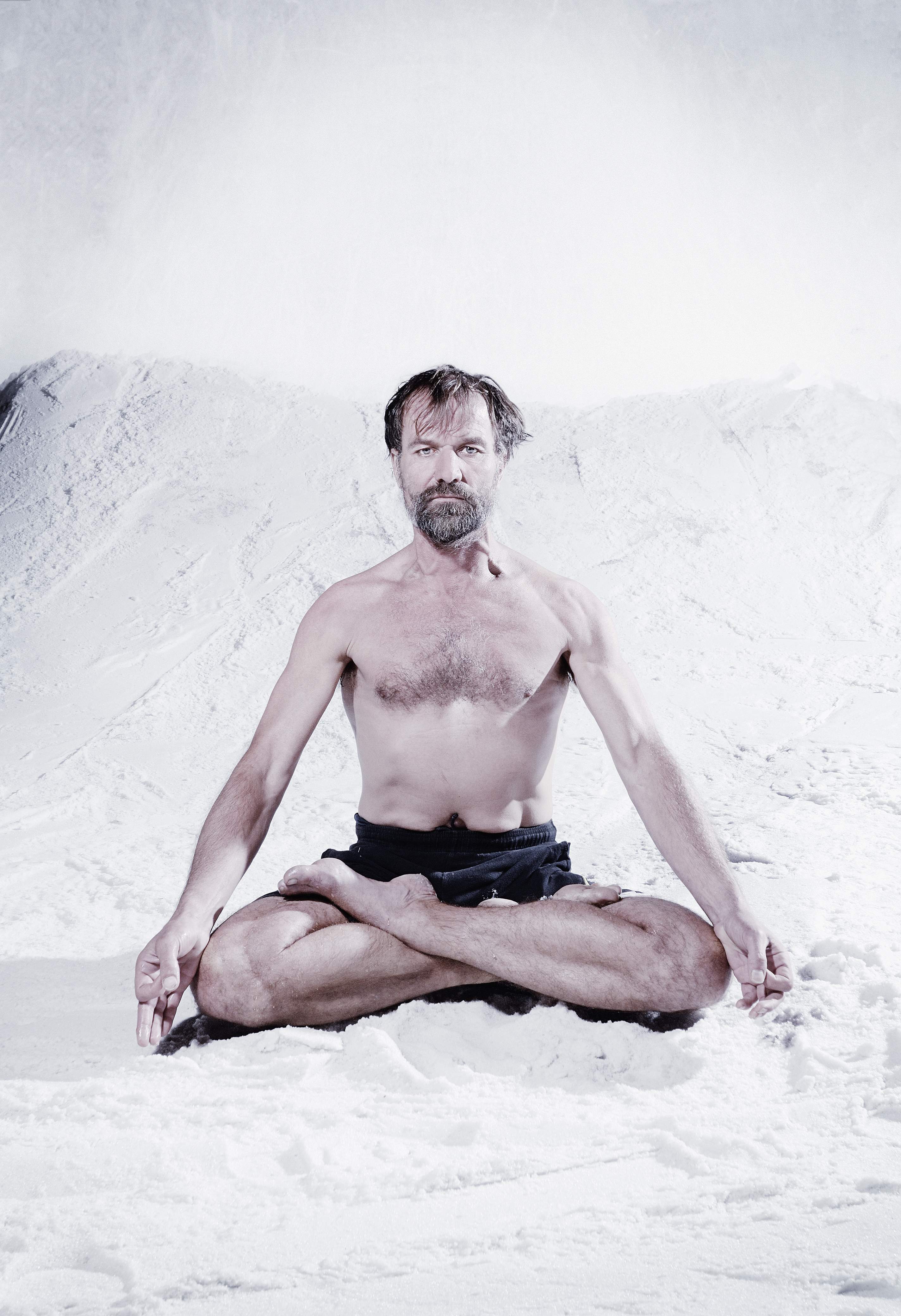 With the Wim Hof Method, he is able to alleviate his heart rate, blood alkalinity and adrenaline levels — almost like a human thermostat. “There are three pillars to the method,” says the 58-year-old. “Breathing, cold exposure and the mind. The mind is the most important, yet the least understood. The method is threefold but it’s the power of the mind that will get you there.” Wim’s team is now solely focused on the science behind the method. Several universities are conducting studies to monitor the effects of the method.  RMIT University in Australia is conducting studies, exploring the Wim Hof Method and its positive impact on health and potential adverse effects, which in turn will set safety protocols. The data is currently being analysed. They hope to find a breakthrough soon so it can help extreme sports enthusiasts in the future. 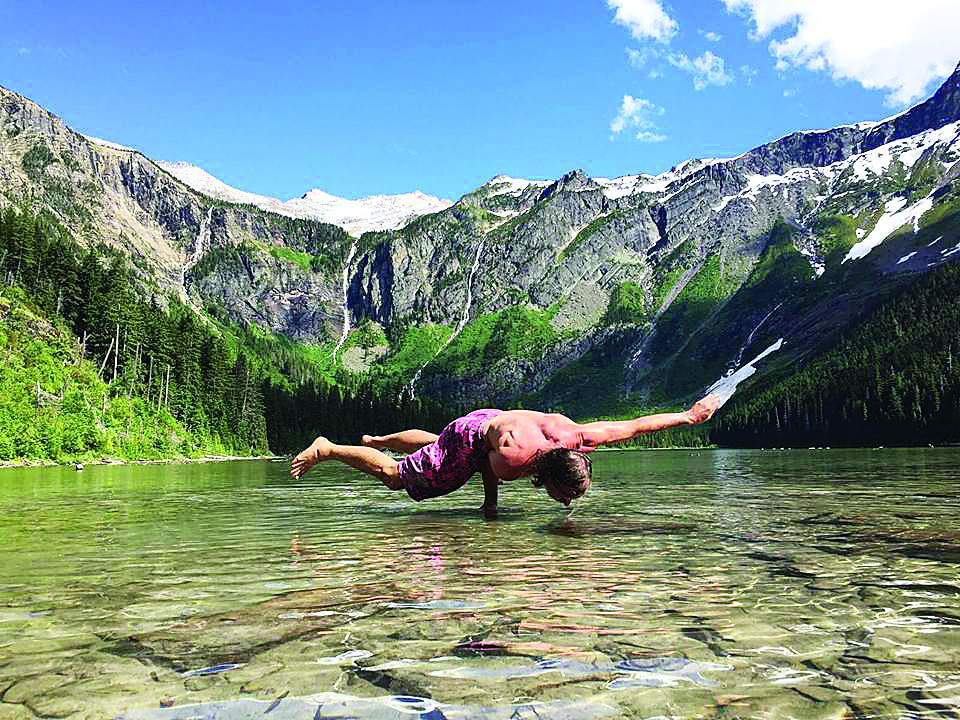 So far Hof’s most challenging adventure has been climbing the Mount Everest in shorts. After going through a whiteout, a weather condition where no shadows are cast, and a continuous white cloud layer appears to merge with a white snow surface, Hof says its the power of the unknown that kept him going. “I conquered the whiteout and went past my fear. I’d like to think Everest as a natural force shook hands with me.” For Hof, it’s the instinctive presence of suspense and exhilaration that keeps him going. On one of his adventures, where he completed a world record for swimming under the ice, he lost his way and couldn’t see anymore because his cornea froze.“I conquered my fear of death because I almost drowned,but felt no agony or anxiety.” Hof has to his name 26 world records, including one for the longest ice bath. 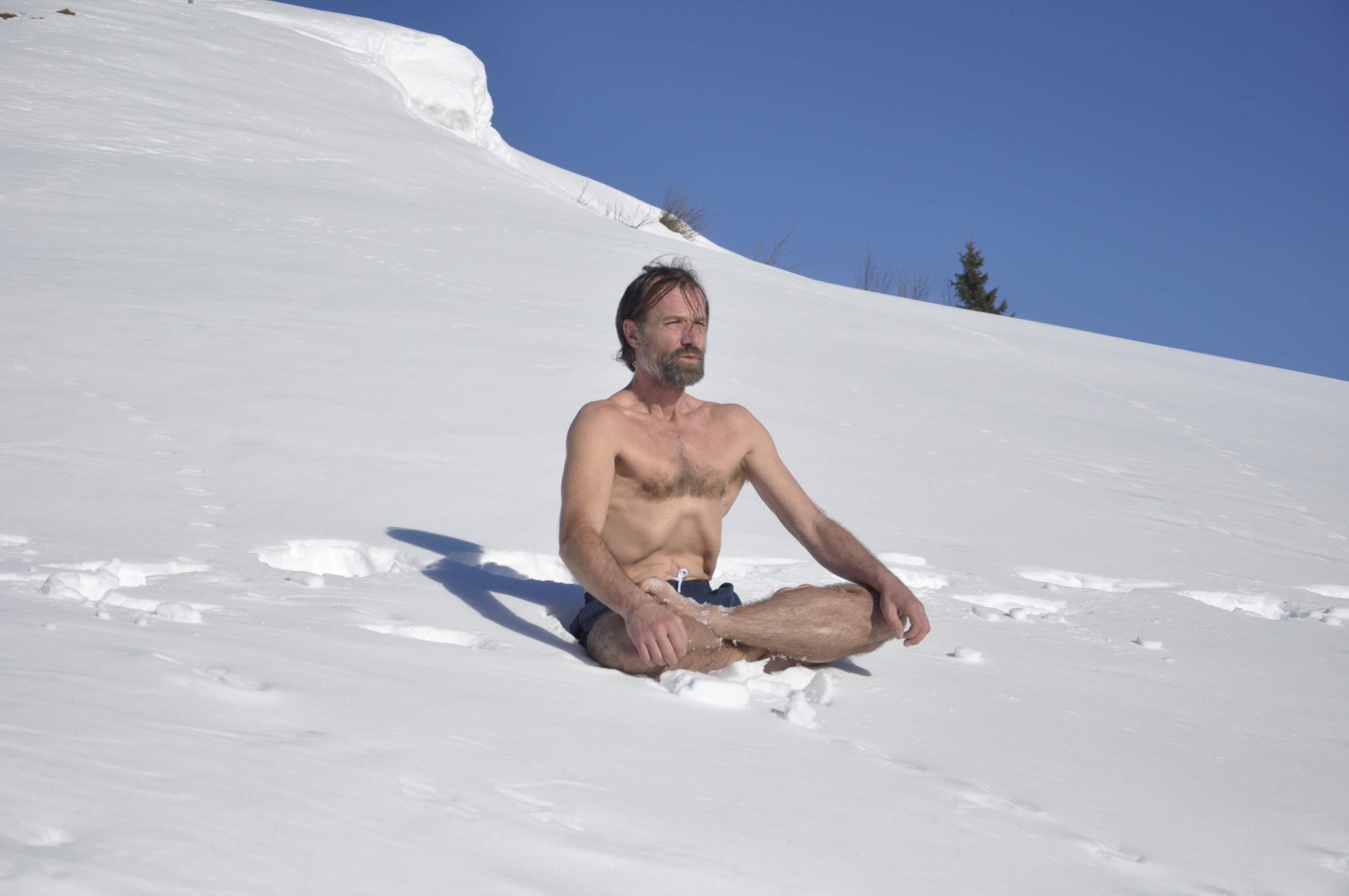 In 2008, he broke his previous world record by staying immersed in ice for 1 hour, 13 minutes and  48 seconds at Guinness World Records 2008. He scaled Mount Kilimanjaro in 2009 and even tested his endurance in the heat by running a full marathon in Namib Desert in Southern Africa, without water.  It makes us wonder how he even prepares for such a Herculean activity. “Mentally first, and then physically. I believe your gut will bring you to the right brain and body state to conquer this adventure.” We wonder if the Iceman has lost fingers or toes to possible frost bites. “No, but if I do I am very capable of healing,” says Hof. “Your healing capacities also grow through this method. But first train. Gradually, without force.”

Playlists and painting
Moving over to the lighter aspects of endurance lessons we ask him about whether he has a playlist he follows when climbing. “I had a playlist on the Everest during the initial days of acclimation. Basecamp to advanced basecamp is 22 kilometres long, so in addition to breathing and power exercises, I listen to music.” When Hof isn’t out scaling mountains, he is among family and nature. He also loves gardening and painting. Is The Iceman a sobriquet he likes being called?  “Iceman is cool, niceman is human, wiseman is a goal to achieve,” says Hof with a smile.

Is this even possible?

Weighing in on this is Kaustubh Radkar, a 20-time Ironman finisher. The Ironman Triathlon is one of a series of long-distance triathlon races organised by the World Triathlon Corporation (WTC). The triathlon consists of a  3.86 km swim, a 180.25 km bicycle ride and a marathon 42.20 km run, raced in that order and without a break. “It really depends on the body of the person which is different for different people,” says Kaustubh, who is also a sports scientist and founder of RadStrong Coaching, in Pune. “Wim Hof has probably trained his mind really well. Plus, he must either have good genes and a high Vo2 max. Vo2 max is the maximum amount of oxygen a person can utilise at maximal effort. Generally, skiers and cyclists have a high vo2max capacity.” Kaustubh also says that since Wim is from the Netherlands where the weather is usually cold, the body would’ve adapted itself. “I probably get what he’s doing because it's all about mental work and staying in the moment.”