Destined for cult status, Panigale V4 25 Anniversario 916 is a bike that pays tribute to Ducati, who is credited to have changed superbike history. The Ducati 916 was born from Massimo Tamburini’s sketches over 25 years ago that gave the world of motorcycling a machine that proved to be extremely innovative in style, elegance and performance. For many, the Ducati 916 is probably the most iconic bike ever built! Not only was the machine a hit in the market, but it also proved its mettle on the race track as it won numerous World Superbike Championships. In the years following its debut in 1994, the 916 SBK won 120 races, 8 constructors’ titles and 6 riders’ titles! 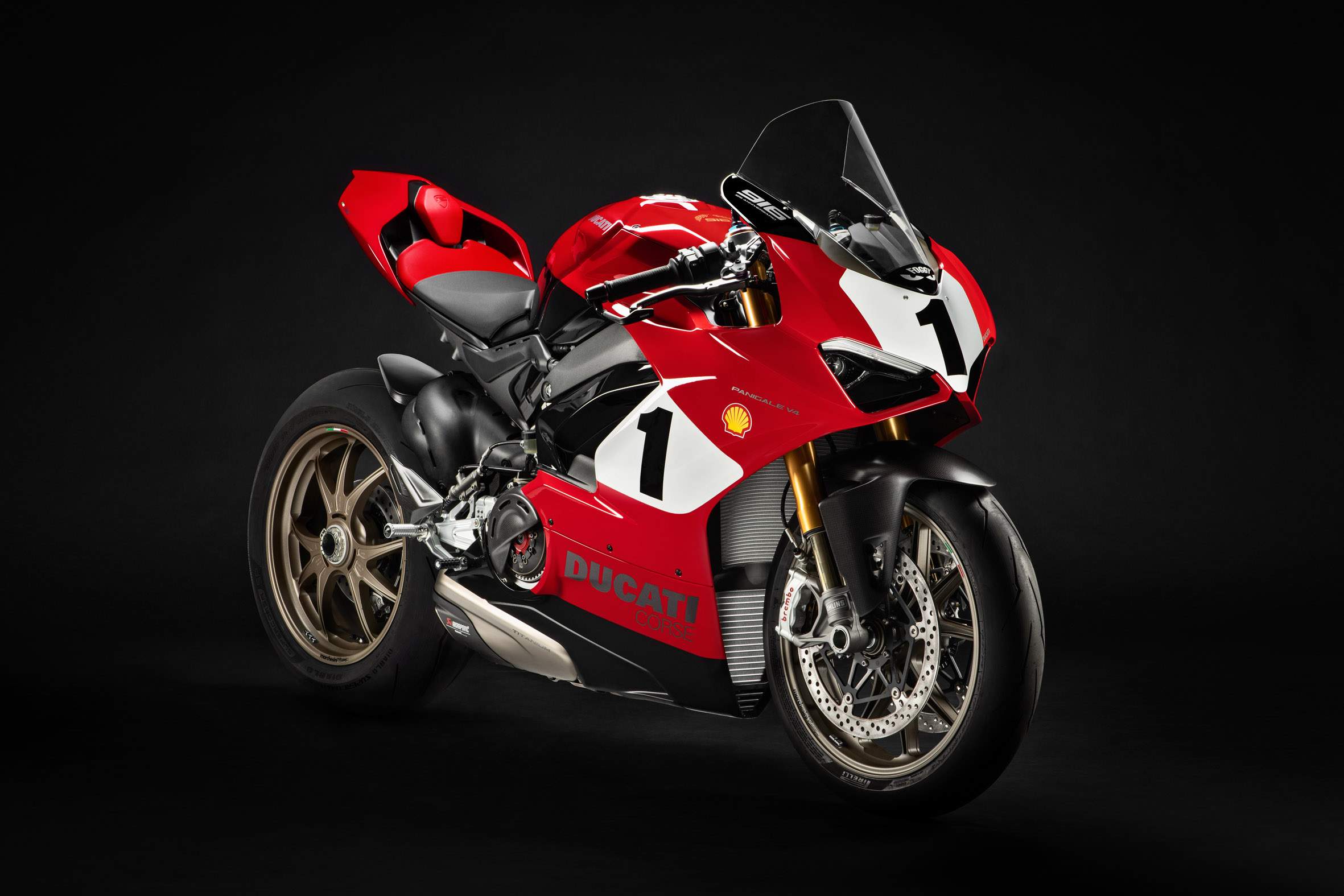 To relive that time and to allow Ducatisti to own a piece of machinery that carries the spirit of the 916, the brand has rolled out this special version of the Panigale V4. The special 25 Anniversario 916 edition gets numerous updates from the racing version, namely the V4 R and this includes the front frame that has been designed to Ducati Corse specifications. The motorcycle gets a special livery, forged magnesium wheels, titanium type Akarpovic exhaust and a slew of Ducati Performance components.

Ducati will only be offering 500 units of this special limited-edition motorcycle across the globe. However, they have confirmed that it will be launched in India too! Those who want to get their hands on this ultra-exclusive superbike will have to wait till October and should be ready to shell out `54,90,000.