Thar Fest 2017 delivers on its promise of muddy shenanigans

Each team comprised of 1 stock Thar (no modifications), 1 Modified Thar, and 1 Pro-Mod or Extreme Thar.  After a round of safety checks and vehicle scrutiny, 11 teams got the go-ahead to participate in this annual cup competition. It goes without saying that, the machinery that passed scrutiny packed some serious muscle!

Track challenges
The event took place over two days and included a total of four competitive stages. The first stage was a night-time event and had all the vehicles in all categories slated to take on multiple trials which included driving through clay-like slush, a deep water pit and some severe inclines.  As the drivers tackled each step of the track, the co-drivers were instrumental in providing guidance and securing towing hitches.

Day two saw the execution of three more stages which included more slushy adventures, climbing across boulders, and navigating a route across old tyres. The competitive course proved to be the ultimate test for both man and machine. 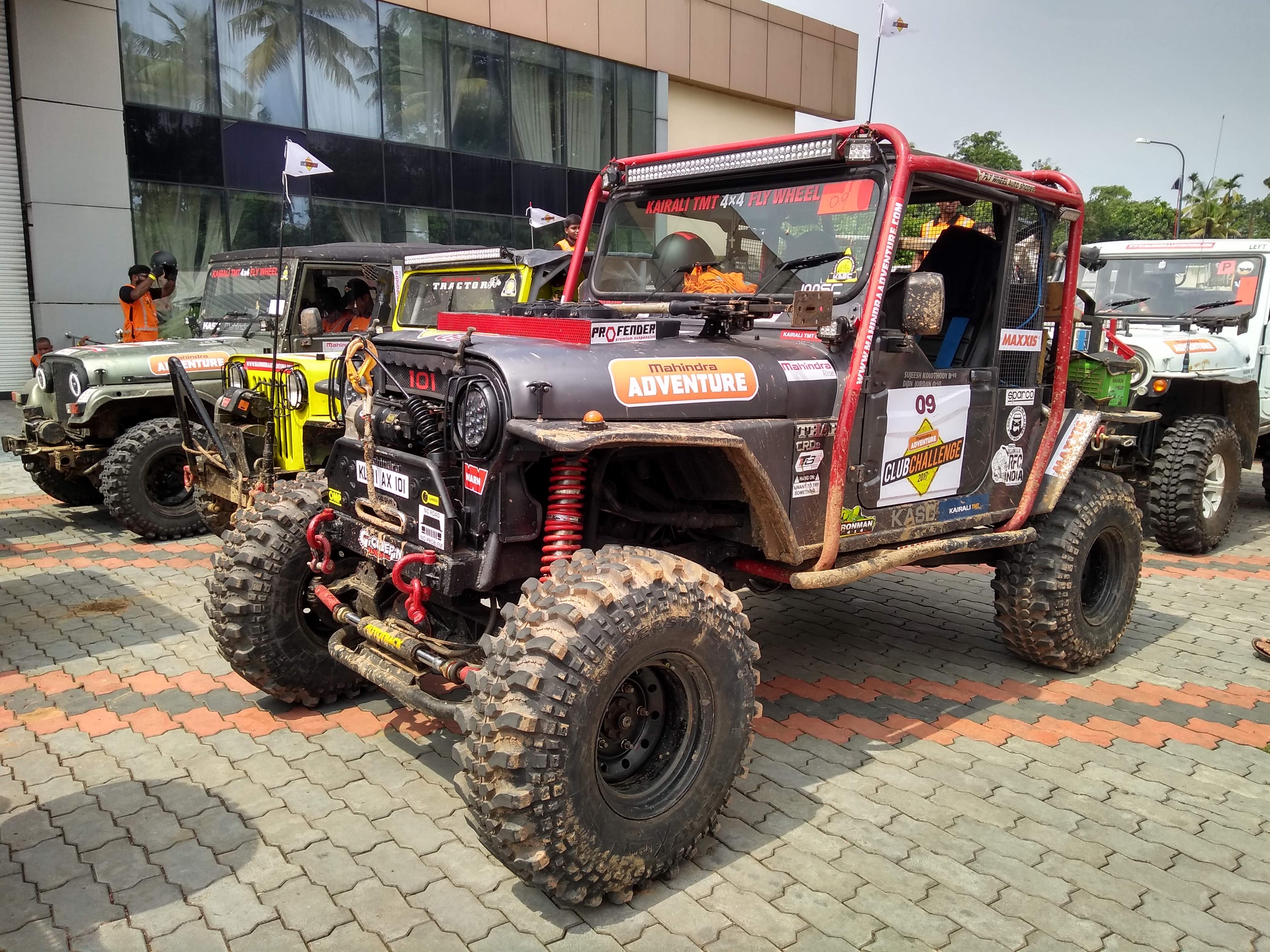 Point system
To collect points, the drivers had to collect flags that were strategically placed in some fairly hard-to-reach spots along the route of each stage. The key in collecting these flags was that the driver had to get the vehicle close to the flag and pick it up without leaving the vehicle and setting foot on the ground!

If that wasn’t tough enough, they also had to complete each stage within the 15-minute time stipulation. Add to that, penalties were issued for tyres leaving the track, toppling traffic cones which were placed on the track, or endangering safety during towing operations.

Reaping rewards
The two days on the track were well managed by a team of Mahindra marshals, organisers, and security, to ensure that the Club Challenge was engaging not only for the participants but extremely safe even for the large contingent of spectators who came from all around the city.

For the teams that battled it out on the rather demanding track while pushing their vehicles to the limit, the very fact that they completed was a sense of accomplishment and a reason to return for the next challenge!