BMW X7
A massive luxury SUV that is opulent in every sense of the word. You get a distinctive front kidney grille as well as BMW’s Laserlight technology. The vehicle boasts an imposing stance with a large glasshouse that points towards the sheer amount of space available on board.

The interior has been crafted from fine materials and there is an abundance of headroom and legroom in all three rows. You also get a panoramic sunroof, a massive boot and a ton of creature comforts that include a host of Connected Drive technologies.

Powering the car is a choice of petrol and diesel engines that include the 3-litre, 6-cylinder petrol engine xDrive40i which delivers 340 hp power and 450 Nm torque, while the xDrive30d diesel version delivers 265hp power and 620 Nm torque. Both versions can do the 0-100kmph dash in close to 7 seconds.

New BMW 7 Series
Sports a clean design with an enlarged front kidney grille flanked by sleek dual headlamps that boast BMW’s Laserlight technology. The car carries a muscular sporty look that is brought about by its coupe-like roofline, strong character lines and dashes of chrome. 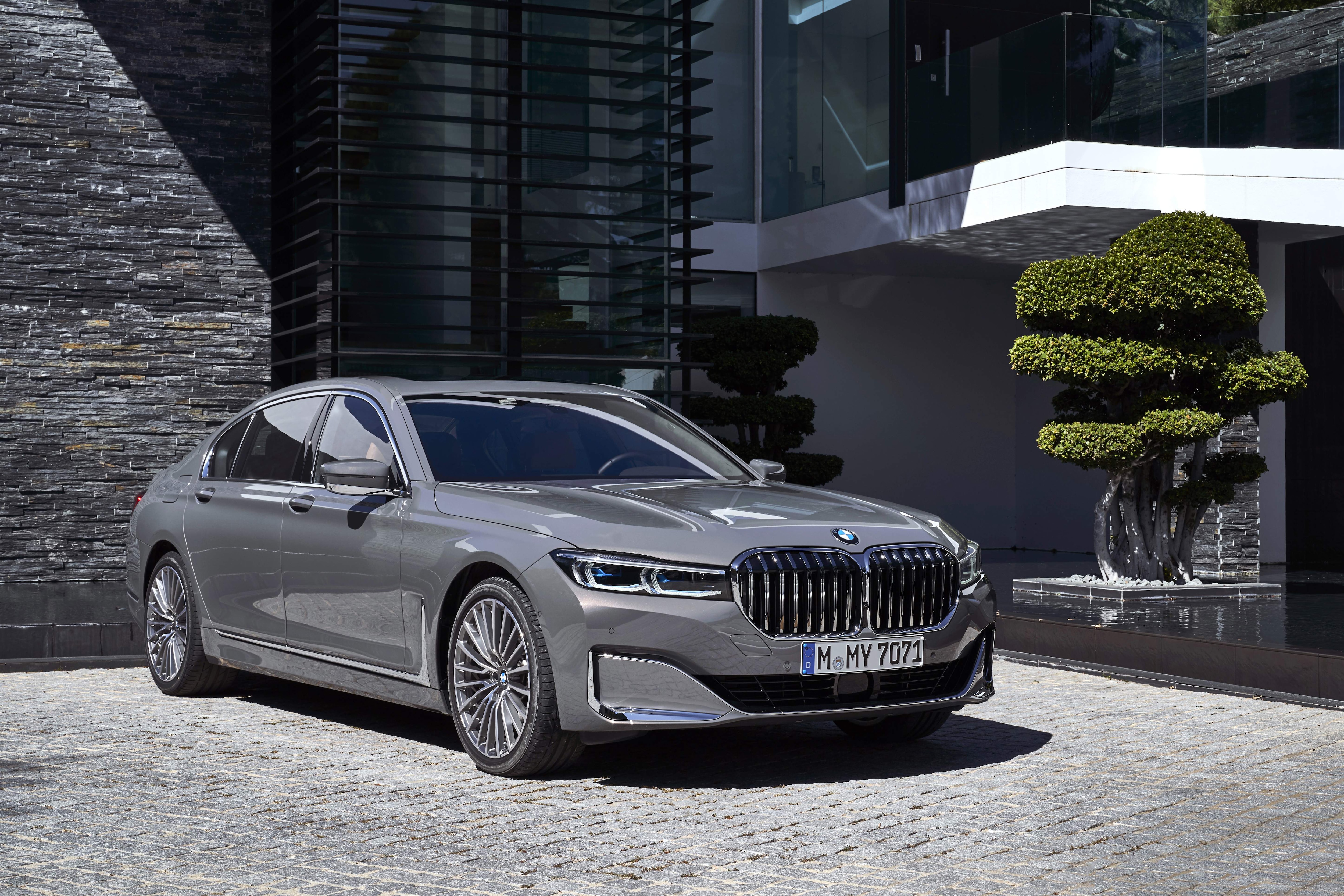 The cabin is crafted to offer a luxurious appeal thanks to the generous amount of space onboard. The model gets improved sound insulation, a panoramic glass roof, LED lighting, four-zone
climate control, a massage function in the seats, two 10.2 inch HD touch displays at the rear, and BMW Touch Command. You also get gesture control, wireless charging, wireless Apple CarPlay and a modern-looking cockpit.

The manufacturer offers the 7 Series in numerous variants that include the 45Le xDrive plug-in hybrid which is paired with the TwinPower Turbo 3-litre, 6-cylinder petrol engine. The two units deliver a total of 384 hp and maximum torque of 600 Nm that allows the car to go from 0-100 kmph in 5.3 seconds.

The German brand also has a massive 6-litre, 12-cylinder M performance model, namely the M760Li xDrive which produces an output of 609 hp and a maximum torque of 850 Nm! This version can go from 0-100 kmph in just 3.8 seconds.