With the launch of the Macan (facelift), Porsche’s 2019 portfolio is actively laying the groundwork for their much-anticipated shift towards more advanced petrol and electric drivelines. The comprehensive upgrade on the model appears to be the manufacturer’s market offensive to counter the car’s ‘overpriced’ tag since its launch (More on that later). The move comes ahead of the German automobile brand’s push towards a new phase in the Indian market with the rollout of their first fully electric vehicle—the Taycan by March 2020. 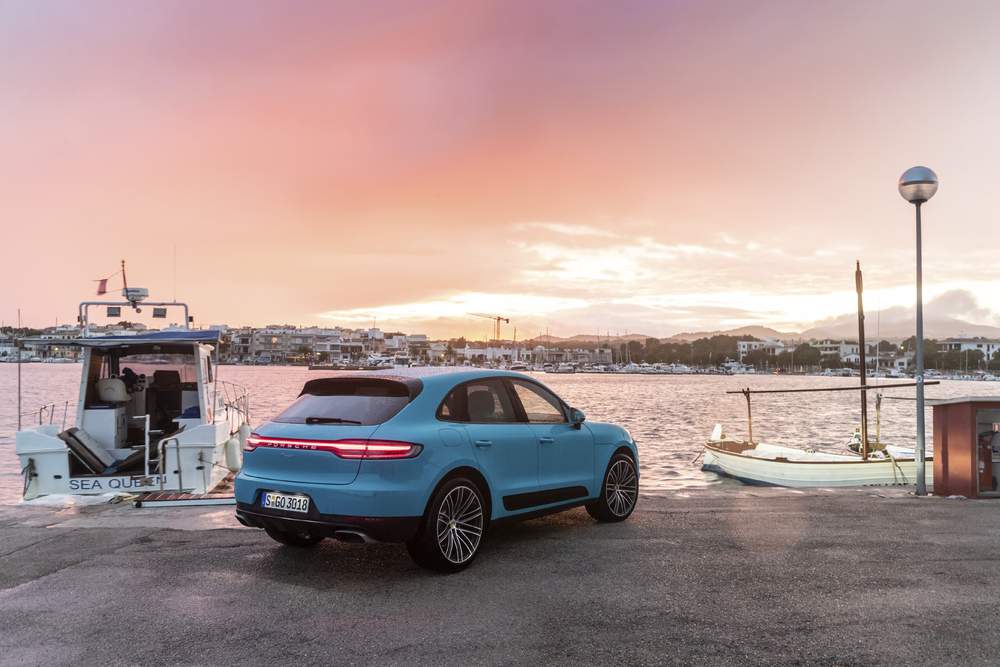 Visual grammar
Debuting on Indian shores a year after its global premiere, the Macan (facelift) has departed very little from its older model. The front section sports a redesigned bumper and new LED lights, offering the car a marginally wider look. The rear has the most noticeable exterior update: a sleek continuous strip of LED taillight with the integrated insignia that is now a signature of the Porsche design aesthetic. As customisations go, the vehicle has four new colour options—Mamba Green Metallic, Dolomite Silver Metallic, Miami Blue and Crayon—alongside a new set of alloy wheel designs ranging up to 21 inches.
A major interior upgrade is the revised dashboard which now has a 10.9-inch touchscreen display as part of the new Porsche Communication Management (PCM) and is placed right above the redesigned air-conditioning vents. The SUV also gets the GT sports steering wheel similar to the 911, while the mode switch integrated into the steering is part of the optional Sport Chrono Package. Power train
Strategically re-positioned in India as the most accessible vehicle on the brand’s roster, the 2.0-litre turbocharged four-cylinder engine base variant produces 252 hp, delivering a maximum torque of 370 Nm.

The more powerful Macan S has a new 3.0-litre V6 engine, which was first introduced in the new generations of the Panamera and Cayenne. This power unit makes 354 hp and a torque output of 480 Nm, allowing the car to go from 0-100 kmph in just 5.3 seconds (1.4 seconds quicker than the base variant).

The Macan (facelift) is priced at Rs 68.98 lakh (a whole Rs 10.4 lakh cheaper than the outgoing model). At Rs 85.03 lakh, the new Macan S rivals its pre-facelift four-cylinder model, costing an extra Rs 5 lakh for all the additional features, thus making it a potential alternative within the luxury SUV segment.

Future forward
Discontinuing diesel engine across all their models globally, Porsche is set to unveil the new, second-generation EV of the Macan in 2021. As for the rest of 2019, Porsche is set to introduce the all-new Cayenne Coupe by October 2019.

The writer was at the launch of the Porsche Macan by invitation.