The way things are looking, 2020 is going to be a rather exciting year for automobile enthusiasts in India as there is a slew of vehicles lined up for release. To offer you a peek into the future, we have curated a list of the 12 most anticipated cars, SUVs and motorcycles, scheduled to be launched next year.

Mercedes-Benz GLB
Considering how aggressive Mercedes-Benz is in India, the GLB should reach our shores by early January 2020. It is a 7-seater that has compact dimensions and occupies a position between the GLA and GLC. It carries those quintessential SUV looks with short overhangs and an upright stance. You also get protective cladding which keeps it safe and adds to its good looks. The cabin is airy and upmarket and comes with flexi-seating to ensure you maximum space. The instrument cluster has a futuristic look with a widescreen format that gives you access to a plethora of information. The GLB is offered with a 1.3-litre petrol and a 2.0-litre diesel engine options and there is an AMG model as well! It is expected to be priced in the `35-40 lakh range. 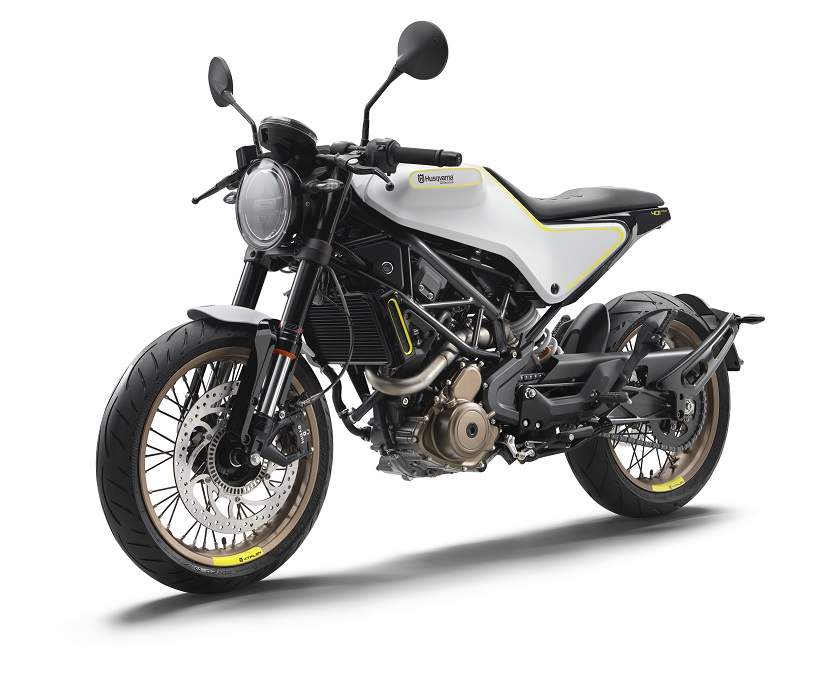 Husqvarna is a motorcycle brand owned by KTM (with Bajaj as a major stakeholder). The latter has made it clear that they are going to launch a series of Husqvarna motorcycles in India, starting next year. One of the first ones to be launched in the country will be the Vitpilen 401. The bike shares its engine and vital mechanical components with the KTM 390 Duke. However, it has been styled as a retro-modern café racer. Destined to turn heads, the Vitpilen could be here as early as January 2020. It will be aggressively priced in the `2.50-3 lakh range. 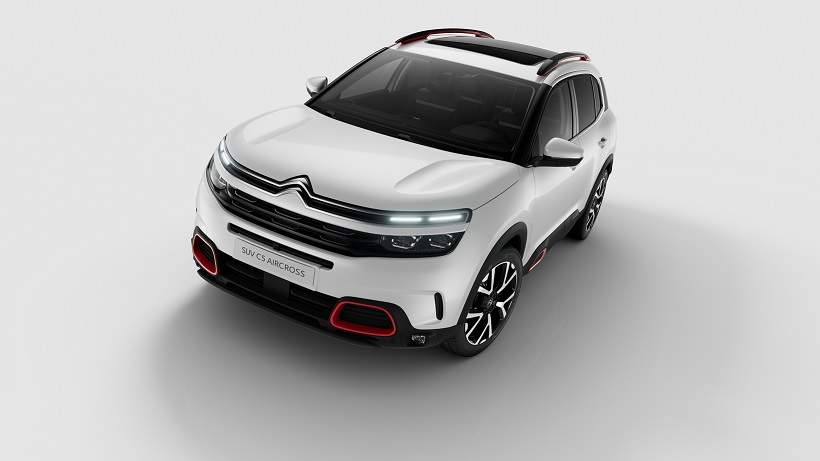 Citroen announced their big plans to set up shop in India earlier this year, also stating that the first product on offer will be the C5 Aircross SUV. Incidentally, the 2020 version of the model will make its debut in India before other parts of the world! Set to come with both petrol and diesel engine offerings, the SUV boasts a robust design that is futuristic and sporty. It has a premium cabin with large enveloping seats and a commanding driving position. The car also comes with the manufacturer’s Advanced Comfort package that makes it one of the smoothest SUVs in its class. The C5 Aircross SUV will be priced in the `20-25 lakh range and should make its debut at the upcoming Auto Expo to be held next February. 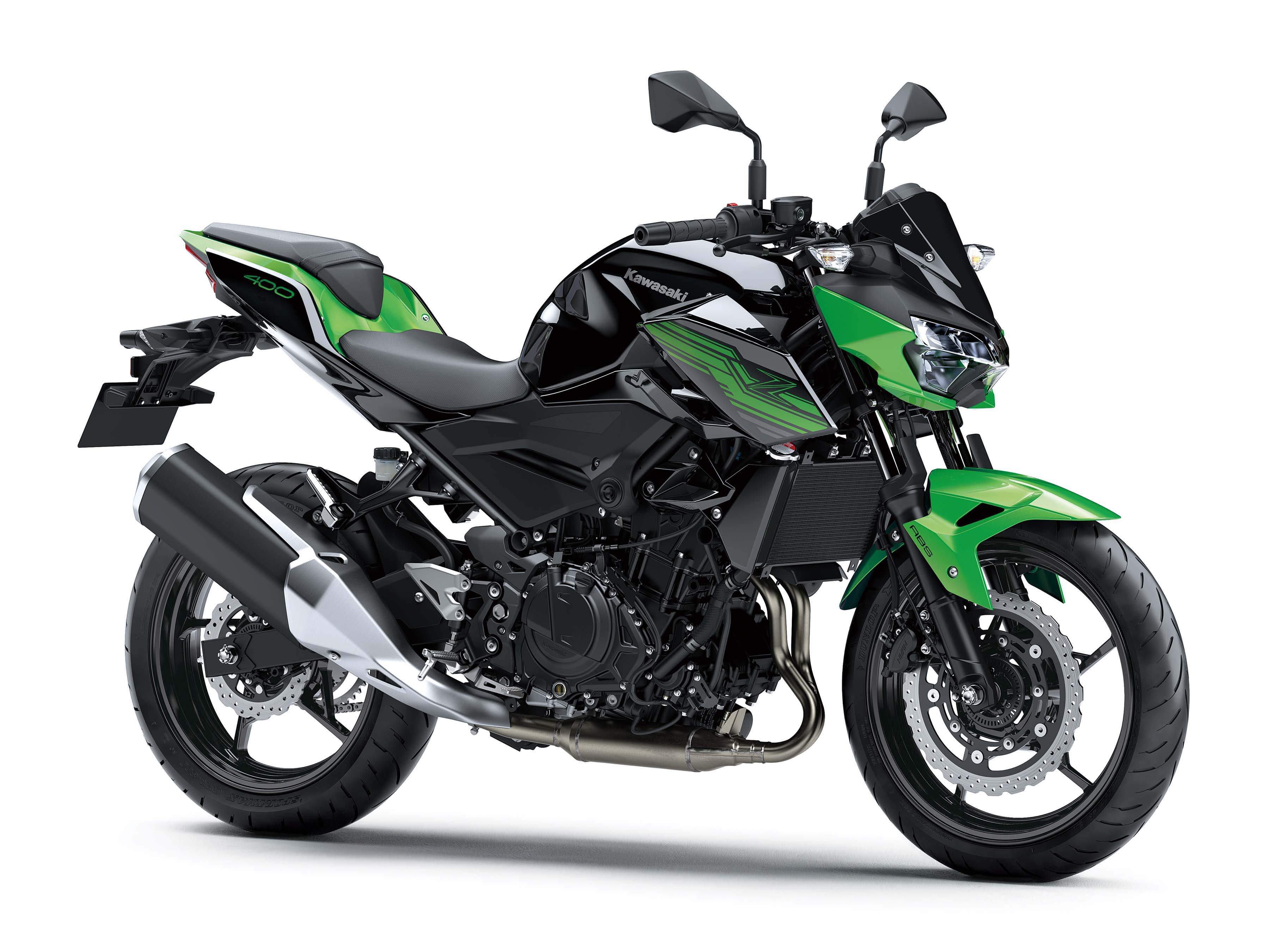 This dashing motorcycle from the Japanese premium bike manufacturer carries the same edgy futuristic styling that we have seen on the bigger capacity Z900. The Z400 is an excellent entry-level naked that promises to be a lot of fun to ride thanks to the peppy 399cc parallel-twin motor on board that delivers 44 bhp and a rather decent 38 Nm torque. Tuned for performance and that ‘big bike feels’, the Z400 is expected to launch by early 2020. Expected pricing is a little above `4 lakh. 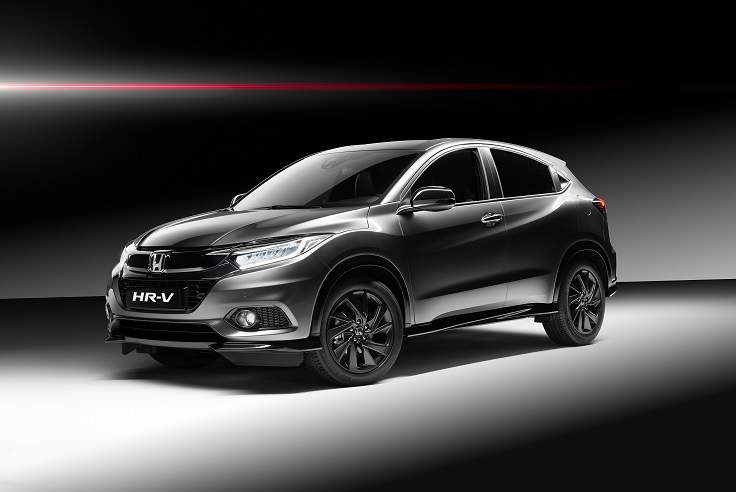 Honda has been toying with the idea of bringing the HR-V Compact SUV to our shores for quite some time now. In fact, a test mule has also been sighted by numerous enthusiasts. However, the company has been rather tight-lipped about the eventual debut of this vehicle in India. Having said that, the market has opened new possibilities with the likes of the Kia Seltos and MG Hector breathing new life into the segment. Considering the fact that Volkswagen is also bringing in the T-Cross, the Japanese manufacturer could very well revive their plans for the HR-V and launch it by the third quarter of 2020. It is expected to get the 1.6-litre diesel engine that does duty in the Civic, while the petrol version would get the 1.5-litre V-Tec found in the City. The expected price of the HR-V is between `12-14 lakh. 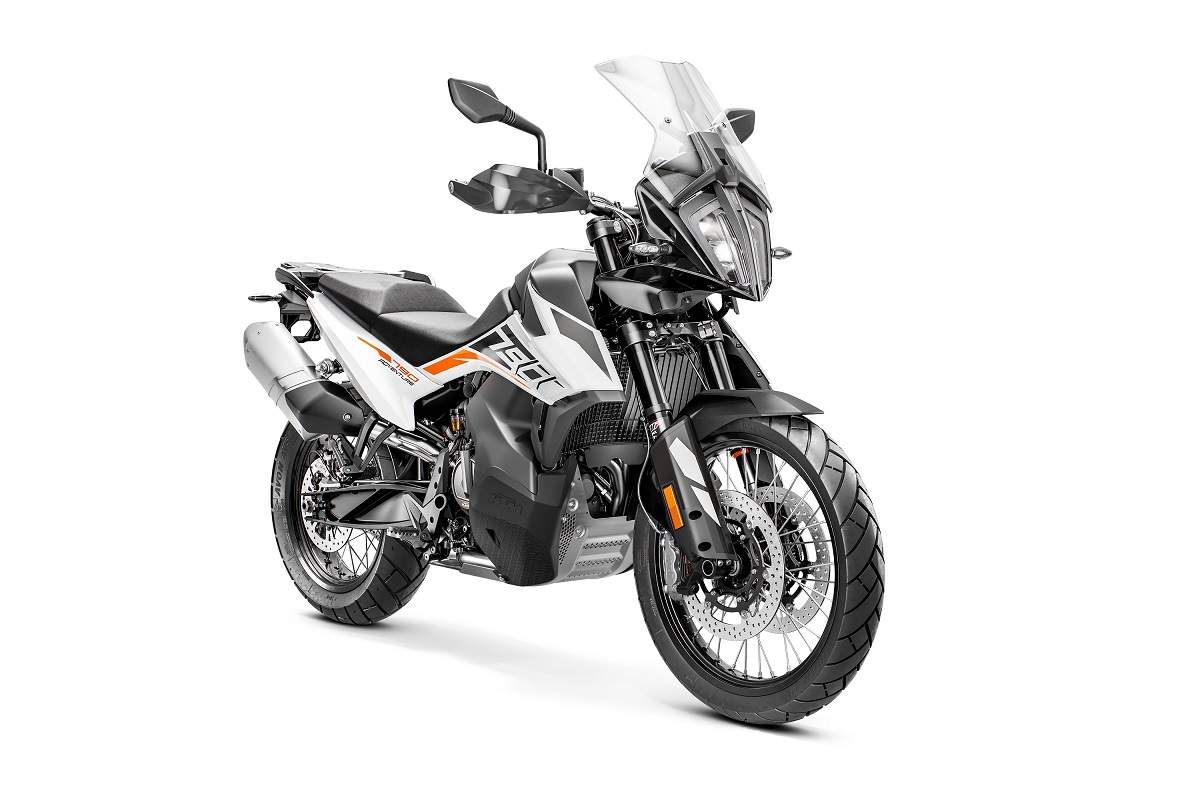 KTM recently launched the 790 Duke in India and judging by the response, it only seems like a natural progression for them to bring in the Adventure version. We are sure that KTM will cash in on the country’s craze for adventure bikes with their offering. After all the KTM 790 Adventure has that quintessential go-anywhere look, long-travel suspension, high seat and an upright riding position that goes hand-in-hand with such machines. Powering the bike is a 799cc parallel-twin engine that develops 95 bhp and is paired with a 6-speed manual transmission. Considering its pedigree, the motorcycle will come with cornering ABS, traction control and a feature that the company likes to call Rally Mode! Expected to hit the market by April-May 2020, the 790 Adventure will be priced close to the `8.50 lakh mark. 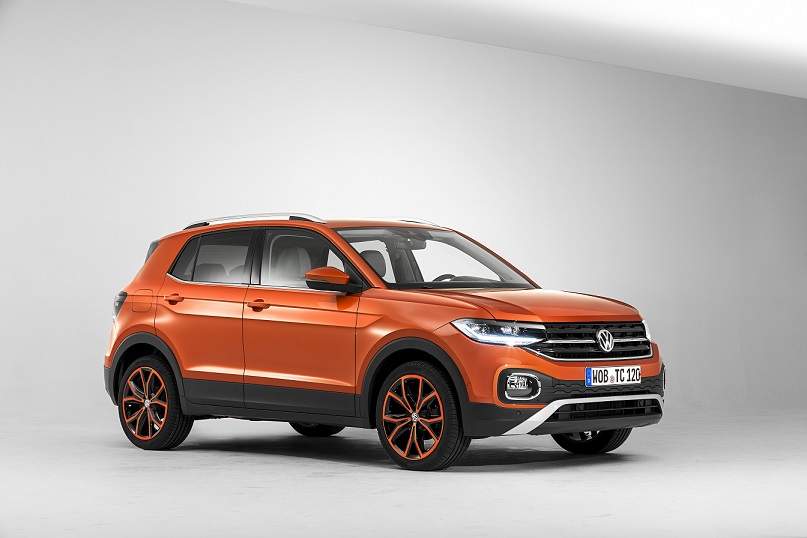 This Compact SUV is set to make its debut by mid-2020. Like its bigger sibling, the Tiguan, this new vehicle boasts clean lines, a sporty stance, premium interiors and is touted to be a hoot to drive. Under the hood, expect a 1.0-litre petrol engine that delivers close to 115 bhp, while the diesel offering is expected to be the tried and tested 1.5 TDI unit that does duty in the Vento and produces 100 bhp. Both versions will come with the brand’s 7-speed DSG transmission which is the best dual-clutch in the business. Set to compete against the likes of the Renault Captur, Hyundai Creta and Nissan Kicks, the Volkswagen T-Cross is expected to be priced in the `12-14 lakh range. Katana is a bike that has defined the high powered street bike segment and its appeal remains intact. The 2019 model that is set to debut in India early next year is based on the GSX-S1000 superbike, but with a naked look without the side fairings. Making it stand apart is the LED headlight, rear tail hugger, inverted forks up front and monoshock at the rear. Powering the bike is a 999 cc four-cylinder engine that develops 150 bhp and is paired with a 6-speed transmission. You also get three-level traction control, ABS and some techno-wizardry that allows you to ride it fast and safe! The Katana is expected in India in the first half of 2020 and will be priced in the `10-12 lakh range. 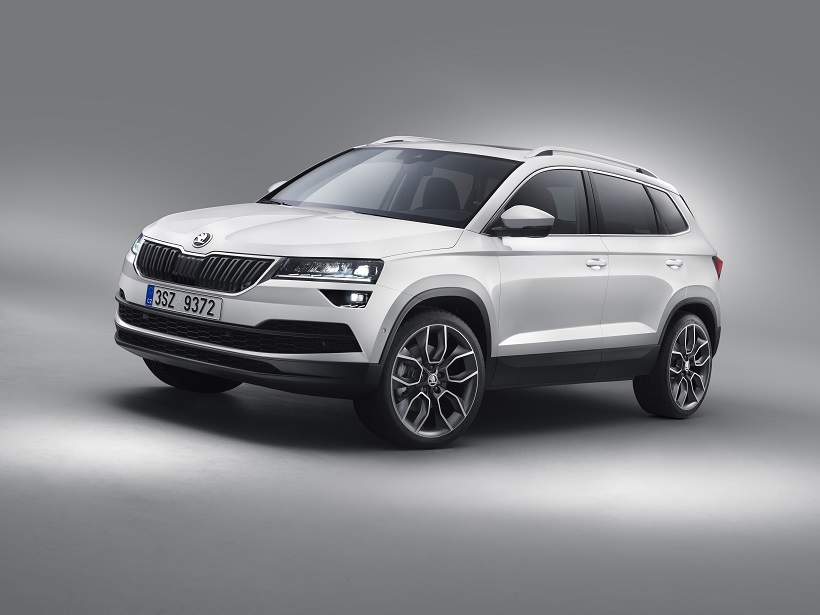 Skoda has witnessed a successful run with the Kodiaq in India. To further bolster their SUV line up, they are bringing in the Karoq. In terms of design, it follows the same philosophy that we have seen on the Kodiaq including the large grille, chiselled body panels, a strong shoulder line and a sporty sloping roof. The interiors have that typical Skoda factor and you can expect some ‘Simply Clever’ features onboard, coupled with a premium finish. As far as engine options are concerned, the model is expected to get the same 2.0-litre TDI unit that does duty in the Kodiaq. However, it could also benefit from the new 1.6-litre TDI unit from the VW stable. Expected to launch by March 2020, the Karoq will most likely fall in the `18-20 lakh bracket. 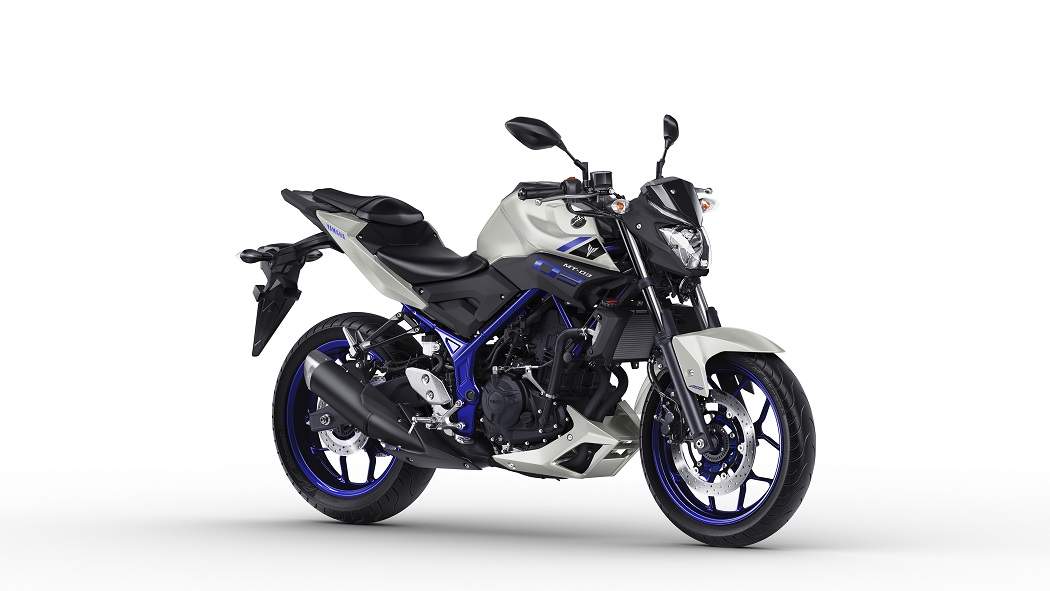 Essentially the naked version of the Yamaha YZF-R3, the MT-03 carries a beefy street bike look. After all, it does carry the legendary MT badge which has been popularised by the iconic MT-01 motorcycle. Powering the bike is a parallel-twin motor that displaces 321cc, and churns out a healthy 41.4 bhp and 29.6 Nm torque. It is paired with a 6-speed manual transmission and benefits from disc brakes on both wheels. Touted to be a rather fun-to-ride entry-level premium motorcycle, the Yamaha MT-03 will most likely retail for close to `3 lakh and is expected to launch by mid-2020. 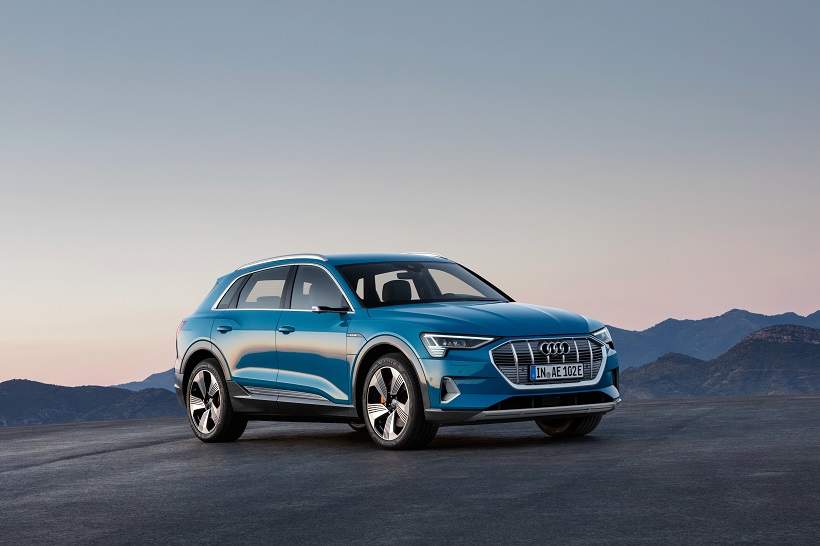 Audi India recently showcased the e-Tron Quattro at select gatherings across India and it could very well be the first high-end luxury all-electric SUV to come to our shores. The machine sports a rather chiselled design that gives it a premium sporty appeal. The cabin is touted to be cutting edge with a slew of new technologies onboard. The car is touted to have a range of 350 km on a single charge and has its speed game sorted with a 0-100 kmph run done in just 6.6 seconds thanks to the two electric motors that offer a combined output of 360 PS and 560 Nm torque. The e-Tron will most likely retail for over `1 crore when it makes its debut early next year. 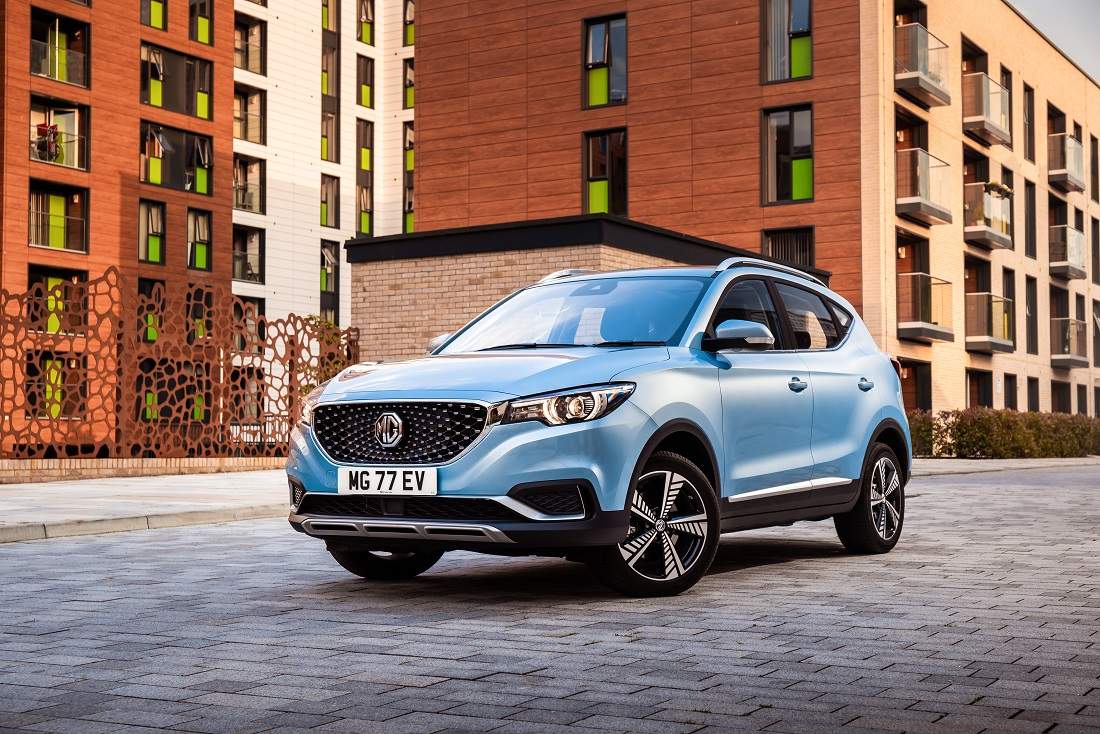 MG Motors has had a good start in India with the launch of the Hector. The company had made it clear that their next offering would be the eZS, a compact all-electric SUV that will be pitted against the Hyundai Kona. Expected to have a 350-400 km range on a single charge, the model is a good looking vehicle that has a premium appeal. The cabin is expected to have MG with a large touchscreen display and a slew of voice commands to operate numerous features much like what you get in the Hector. The MG eZS will most likely make its debut in January 2020 and will be priced in the `18-22 lakh range.