Max Verstappen took a brilliant victory at Silverstone. Can he repeat the feat in Barcelona?

Each one of the Dutchman’s nine career triumphs have been sensational, as they’ve all occurred in the era of Mercedes’ dominance. Although Max Verstappen started from P4, behind the Mercedes pair and the Mercedes-powered Racing Point of Nico Hulkenberg, his confident tyre management coupled with Red Bull’s clever strategy enabled him a win, and by a margin of 11 seconds!

The 22-year-old started on hard compound tyres; he was the only one to do so. Unlike the previous weekend at the Silverstone circuit, temperatures were scorching this time. The heat affected the life of the softer compound tyres that Pirelli brought to the 70th-anniversary race, and how. The Mercedes drivers complained of tyre blistering within the first 10 laps of the race. Verstappen took P3 from Hulkenberg, almost as soon as the lights went off, and quickly built a gap between him and the German, who was a stand-in for regular driver Sergio Perez. 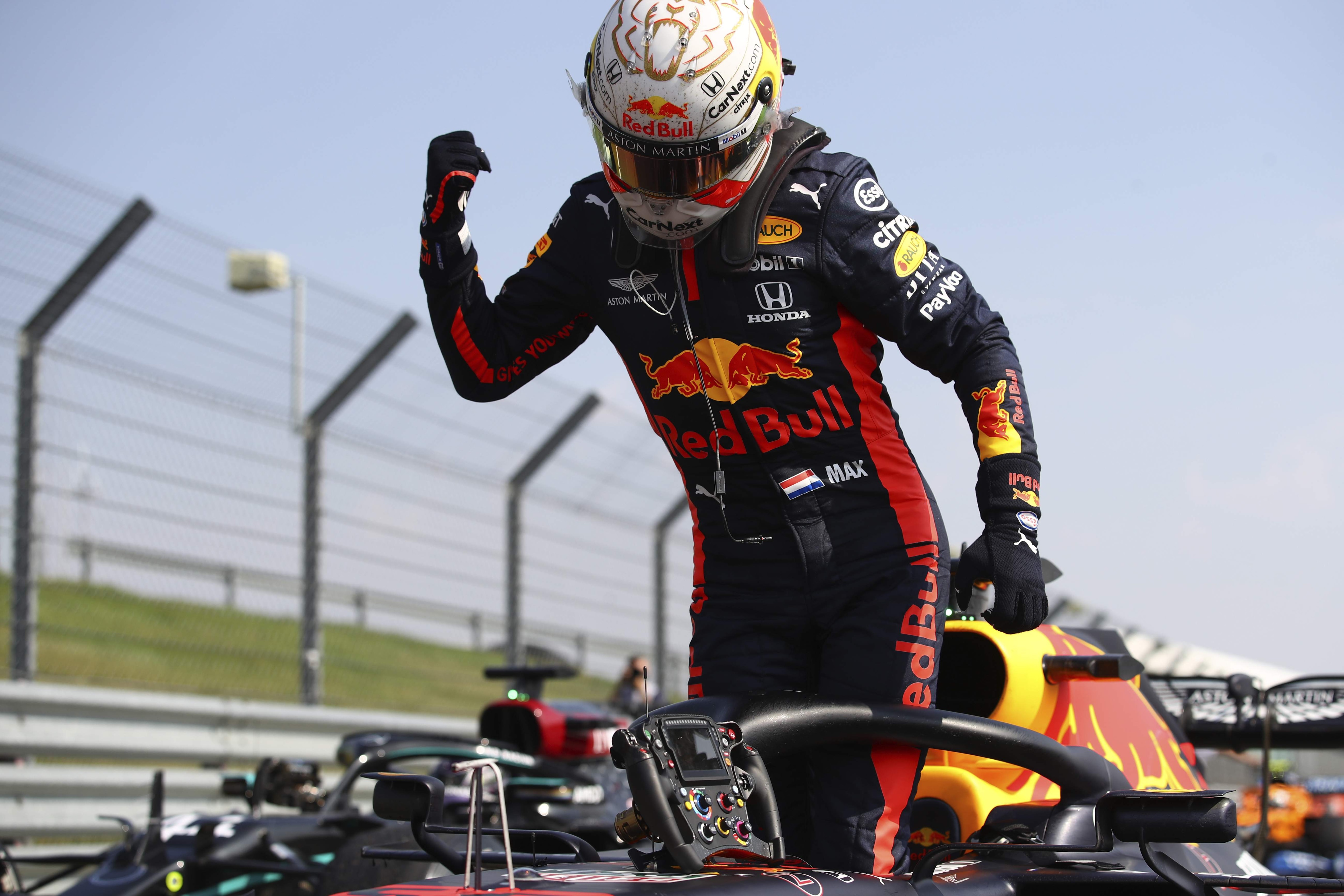 What ensued next was the hot pursuit of Hamilton and Bottas. Soon enough, a worried engineer, Gianpiero Lambiase chimed in asking Max to cool down and preserve his tyres. “Mate, this is my only chance of getting the Mercedes, I’m not just sitting around like a grandma,” came Max’s response. Red Bull team chief Christian Horner, later suggested that Mercedes W11s, with its phenomenal levels of downforce, was almost too strong and too fast for the softer tyres.

The silver arrows were brought in at lap 15, whereas Verstappen lapped around the historic circuit for another 12 laps building up a 19-second gap, which would effectively amount to a free pit stop.
A late surge from Hamilton saw him overtake Bottas on track for P2. The defending champion even managed to score an additional point for fastest lap, ultimately protecting his 30 point lead in the championship standings. But the big loser at Silverstone was Valtteri Bottas. After snatching pole from Hamilton at his home track, he fell back to P3 in both the race and the championship, behind his teammate and the Red Bull star. Charles Leclerc finished a fighting P4 after qualifying the troublesome Ferrari SF1000 on P8. The Monegasque once again reminding everyone that he’s in the same class as Max.

Up next is Barcelona. Expect Verstappen to shine brilliantly again as the forecast is sunny!