Australia (AP) — As thousands of fans queued to get into the Australian Grand Prix, seemingly unperturbed by the coronavirus pandemic, the Formula One teams and drivers were packing up to leave.
The rapid spread of the virus left organizers with little choice Friday but to cancel the season-opening race, particularly after McLaren withdrew because a team member tested positive for the COVID-19 illness and following heavy criticism from six-time world champion Lewis Hamilton.

The two practice sessions that usually showcase what the teams have been improving in the off-season were less than two hours from starting when the decision was publicly announced. Principals of nine F1 teams and organisers met overnight and "concluded with a majority view of the teams that the race should not go ahead," a joint statement by FIA, motorsport's governing body, local organisers and F1 said.
"It's been a very fluid situation," F1 chairman Chase Carey said. "We're all disappointed not to have it, but I think we've made the decision we had to make. It's not like it came out of the blue," Carey told a news conference beside the F1 paddock that ended in light rain. "A week ago, when teams started travelling here, we felt it was the right decision (to stage the race). Clearly the situation changed in the interim."

Practice, qualifying and Sunday's race were all scrapped, casting doubt over the Bahrain Grand Prix which is scheduled to be held next week and the Vietnamese GP, scheduled for April 5. Authorities in Bahrain have already said no fans will be allowed into the circuit. Carey said a decision on whether or not to go ahead with the race would be made in coming days. The Chinese GP has already been postponed from April. Hamilton used the first official news conference with F1 drivers in Melbourne to say he was shocked that organisers planned to proceed with the Australian Grand Prix, which regularly attracts more than 300,000 people over four days. McLaren's decision to withdraw was ultimately the catalyst for the cancellation. That person and 14 other McLaren team members have been placed in quarantine in a Melbourne hotel for 14 days.

Hamilton's Mercedes-AMG Petronas team said it sent a letter to the FIA and F1 requesting the cancellation and had commenced preparations to leave before the decision was publicly announced.
"The physical and mental health and well being of our team members and of the wider F1 community are our absolute priority," the team said in a statement. "In light of the force majeure events we are experiencing with regards to the Coronavirus pandemic, we no longer feel the safety of our employees can be guaranteed if we continue to take part in the event."

Hamilton was critical of the decision for the F1 show to travel to Australia, given the circumstances of other major sports and large-scale public gatherings being cancelled all over the world. "I am really very, very surprised we're here ... it's shocking we're all sitting in this room," Hamilton said. "It seems that the rest of the world is already reacting a little bit late ... yet Formula One continues." Asked why he thought organisers were persisting with the race, Hamilton said: "cash is king."

After the cancellation, he said in a social media post that "this is the right decision." "No one wants this, we all want to get in our cars and get racing, but we have to be realistic and we must put health and safety first," Hamilton said. "The reality is, this is really serious with people dying every day, lots of people ill ... many people being affected financially and emotionally."

Carey on Friday dismissed the "cash is king" comment, saying if that was the case, the Australian GP wouldn't have been cancelled. More than 86,000 people attended the women's Twenty20 Cricket World Cup final last weekend in Melbourne when many of the F1 teams were travelling to Australia and organizers weren't expecting any major problems. 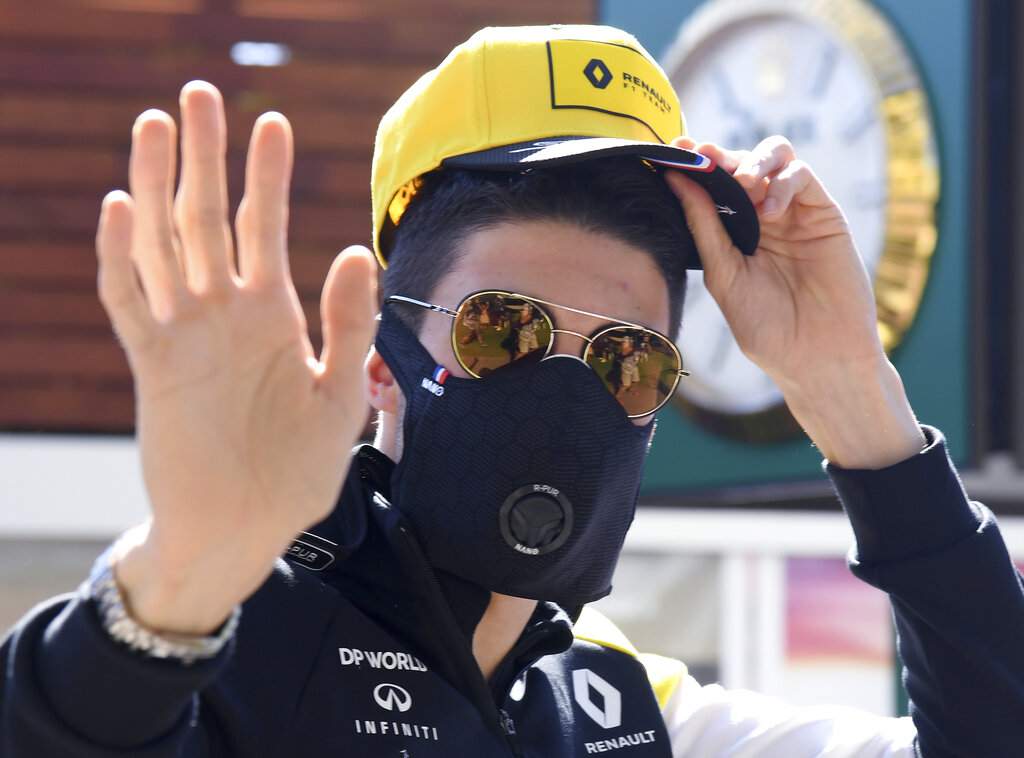 Members of the U.S.-backed Haas team had also been in isolation but they were cleared after tests. Local health authorities confirmed only one positive case in eight F1-related tests conducted so far.
Fans will be refunded for their tickets, although some were angered that they weren't told of the cancellation when the decision was made. At some gates, circuit staff used speakerphones to tell spectators there'd be no racing at all. Negotiations are continuing with hundreds of suppliers for the race. Australian organisers haven't ruled out staging the race on a later date.

Later Friday, Australian Prime Minister Scott Morrison said non-essential gatherings of more than 500 people should not go ahead from Monday, on the advice of health officials. That means other sports will also go into lockdown, following the likes of the NBA and the NHL in America. There have been more than 128,000 cases and 4,700 deaths globally since the virus outbreak started in China late last year.
Most people quickly recover from the virus after experiencing only mild or moderate symptoms, such as fever and cough. For some, especially older adults and people with existing health problems, it can cause more severe illness, including pneumonia.

According to the World Health Organization, people with mild illness recover in about two weeks.