Valtteri Bottas eased to his ninth win, as Lewis Hamilton incurred the wrath of the race director at Sochi!

There was a sneaky suspicion of gamesmanship — that the underrated teammate of six-time champion Hamilton threw away pole position on Saturday purposely. Had Bottas actually planned to lose the top slot and win from P3 by using the lead driver’s tow? “Yeah, I remember once I started third here, and I know what happened then. So for sure, I will try to do the same, and I really think I will have an advantage with the medium tyre in the first stint, so still, all to play for”, said the resilient Finn after Qualifying.

The Englishman who continues to be on the verge of capturing the record for ‘most wins’ in Formula One, fell foul of the rulebook when he rehearsed a couple of starts on the way to the grid! For practising starts at an undesignated area, beside the end of the pit lane, race stewards slapped Mercedes’ car number 44 with two penalties of five seconds each. 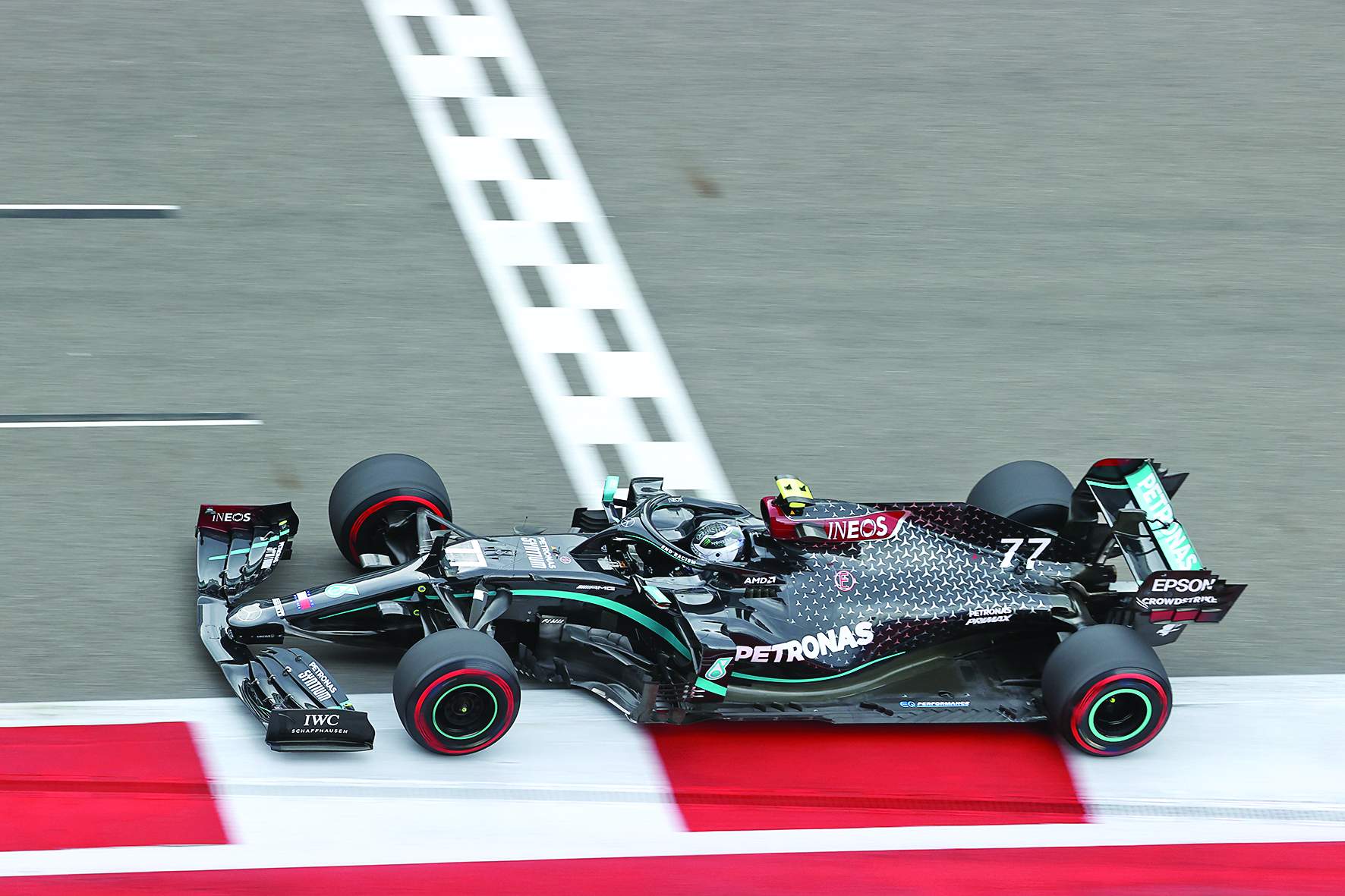 Hamilton’s race start from pole was perfect, as like many times this season, and he did not lose the lead to either Bottas or Max Verstappen. But once he served the time-penalty, he fell down the order and could only climb back to the final step on the podium. One wonders why he didn’t try to bring the gap with Bottas down to under 10 seconds, just in case Mercedes chose to protest the steward’s decision and have the time penalty revoked post-race. But, then, he would have had to deal with Red Bull’s Verstappen, who was running in P2 and determined to keep that position. The challenge never arrived, and Hamilton was convinced that there was a plot to keep him from winning!

After the race, he reflected, “I’m pretty sure no one’s got two five-second penalties for something so ridiculous before. I didn’t put anyone in danger, I’ve done this at a million tracks over the years, and it has never been questioned”. The penalties lit social media up, and fans waged keyboard wars against the official decision. But, the official result stands and records a second victory for Bottas from P3 at Sochi.

Next up is Mercedes’ home race at Nurburgring, Germany. It’s Hammertime for the silver arrows!