Live and rocking! Katy Perry gets intimate with Indulge before her Mumbai gig

It was 2012 when India saw American singer-songwriter performing for the first time. She sang hit tracks like Firework and California Gurls from her album Teenage Dream at the opening ceremony of the Indian Premier League at YMCA Ground, Chennai. Seven years later, the pop sensation is back in India for the much-awaited OnePlus Music Festival and this time, she plans to roam around on the streets of Mumbai soaking Indian culture and tradition.

“I have been to quite a few places in India -- I went to Chennai seven years ago for IPL and I have had some fun in Rajasthan at one point of my life (Katy Perry got married to her ex-husband Russell Brand in a traditional Hindu wedding ceremony in Rajasthan) but I always wanted to come to Mumbai. I have heard it is the most fun city and is full of art, culture and entertainment,” she said while adding that she is not someone who would call for room service and chill inside the hotel. “I am a seeker. I love people, culture, traditions…. you are going to catch me in the streets. And, if anyone has any tips, I will take it,” added the 35-year-old singer while divulging that she has created a special show for her first concert in India. When asked if her popular track Roar, which features in the festival promo video is going to be there, she teases with a ‘maybe...maybe not’. 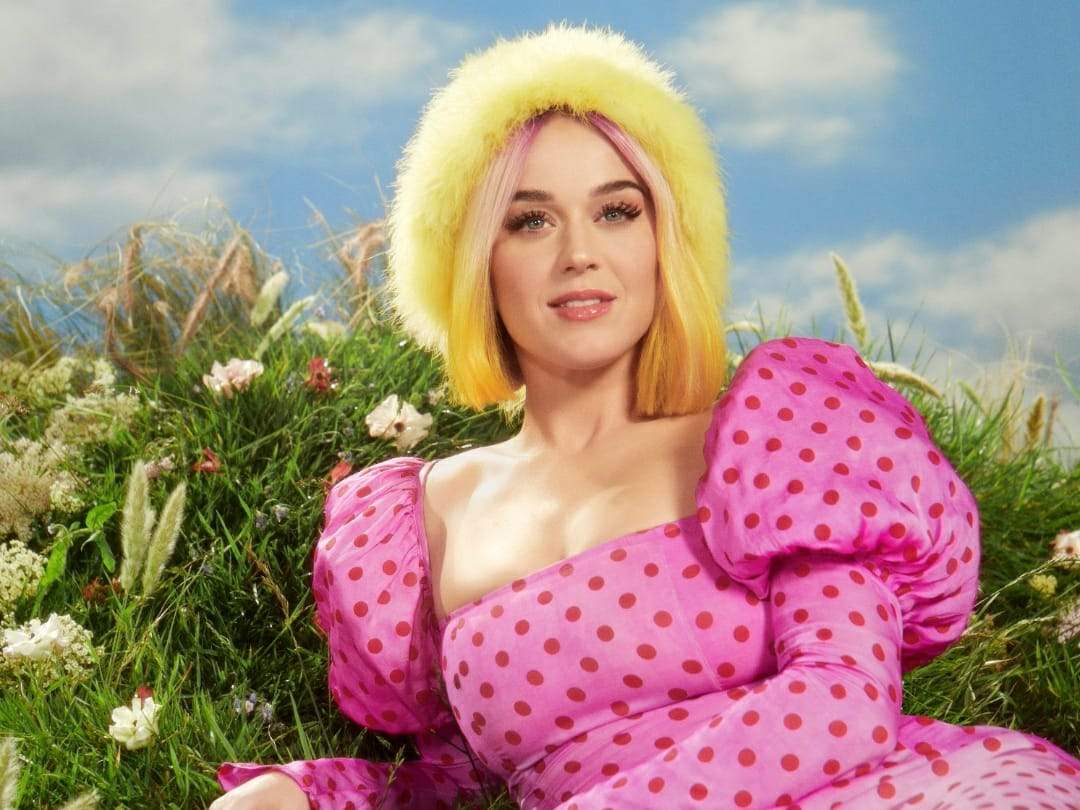 Although she reached India at the wee hours of Tuesday morning and had a press conference scheduled for noon, Katy looked nothing but weary. Dressed in a pink dress with yellow polka dots on it, paired with faux-fur detailed pink sandals and chunky earrings, she spoke in a very exciting tone. When asked about her attire, she joked, “The truth is if I put on a high ponytail, it adds 10 hours of sleep on my face. It is my mirage of happiness.” This was immediately credited to the happiness of being in a city she had been wanting to come for a long time. When pressed for details for her multiple-day visit, she said, “I am going to a really fun party, I am going to meet some people from Bollywood. I am going to listen to some incredible bands. Last time, I was here for IPL and couldn’t do much but this time, it is all about immersing myself.”

Adapting with times
Katy, who started her career as a Christian rock artiste, released her first album in 2001. Titled Katy Hudson, it featured gospel songs on faith and childhood but didn’t manage to receive much attention. The singer later switched to pop music and rose to fame with her second album—One of the Boys featuring earworms like I Kissed a Girl. But, it was her third album—Teenage Dream that became her first record to top the US Billboard 200 back in 2010. With multi-platinum singles like California Gurls, Teenage Dream, Firework, Last Friday Night (T.G.I.F.), and E.T., the sophomore release became the second album by an artiste to produce five number-one songs in the US. The first being King of Pop, Michael Jackson’s album, Bad.

The subsequent years saw her releasing albums like Prism (2013) featuring Roar and Dark Horse and Witness (2017) which contained several viral hits including Chained to the Rhythm. However, in recent times, she has stuck to releasing singles—like Never Really Over, Small Talk and Harleys In Hawaii —rather than albums.

“As music is changing and we are digesting it in a different way, it is more fun to put out a song and a video every few months and selfishly that is what artistes love. They don’t necessarily want their songs to get lost in an album only superfans will know the whole album and not everyone else. And, since streaming is such a powerful tool and in a different format than when I started in 2008, we are kind of slowly adapting and going with the flow. Just putting things out like appetisers, that’s how people are ingesting music these days. I am having fun because it gives me a chance to highlight every single song," admitted Katy, who has amassed over a dozen Grammy nominations, four Guinness World Records, five American Music Awards, a Brit Award and a Juno Award in her sonic journey so far.

When asked if she has slowed down at all, Katy went on to explain how her life has been a whirlwind ever since she rose to fame and how she is actually trying to draw a balance between her work and personal life. “It was like I was holding on to dear life and constantly swinging left and right,” she said, adding, “For me, after doing 11-12 years of back-to-back music, four records and four world tours, I definitely have to strike a work-life balance. I have outdone some of my dreams. I am dreaming up new dreams and enjoying living after making a living. I don't want to always be just going, stressing out and hit the marker. Then look back and go, ''Where's my life?” Katy, who got engaged to Hollywood actor Orlando Bloom earlier this year, added that she wants to spend time with her family, friends and fiancé and want to see the world. “It is not a matter of slowing down but being consciously more present… and, when I am out, I want to soak it in,” she explained. 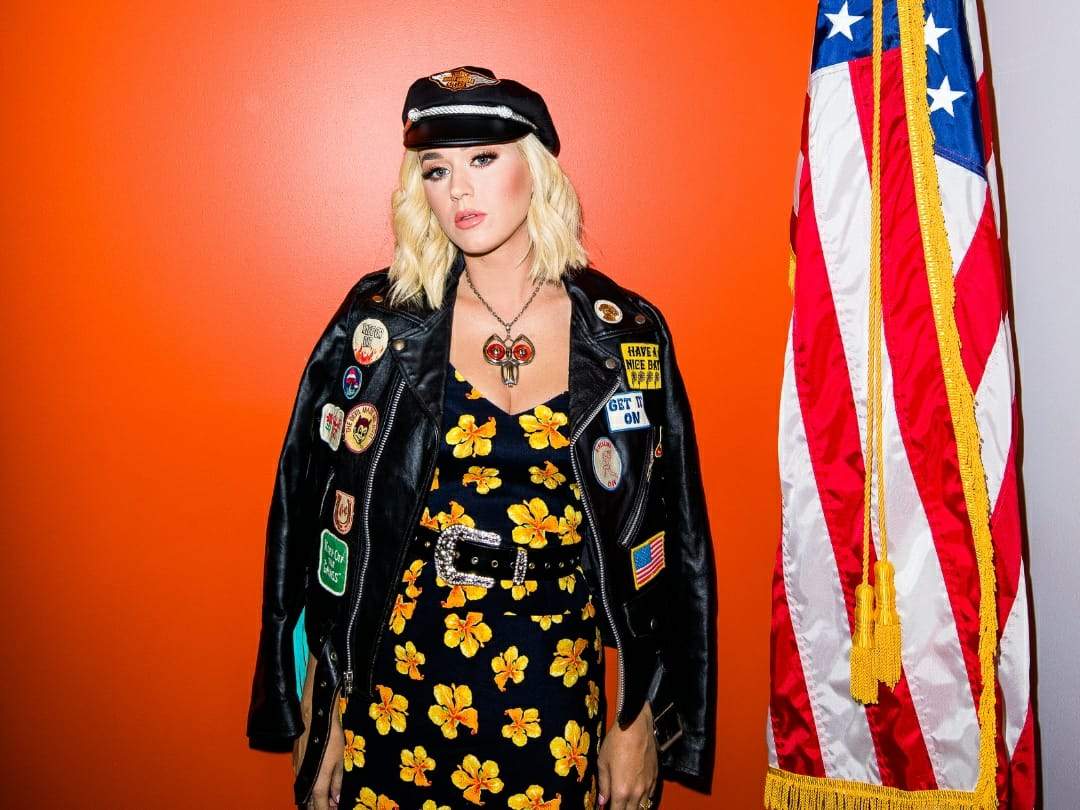 Communication is key
In an age of social media where everybody is feeling more disconnected than ever, Katy feels that music is a universal language and something that can bring strangers together under one big roof. “No matter where you go, no matter the language you speak, you can all unite over singing the same song. Maybe you don’t speak the same language but if you know the same song, you can dance together… you know when you look at the crossway and see someone dance and you start dancing with them. When we come together as a community for a music concert that’s where I feel the magic again. I think music is a secret language that connects us all.”

When asked if she has any tips for the emerging musicians in India, she said they are doing fine, adding that she is excited to meet “anyone who is interesting and has a great perspective and has kindness and empathy for the world, that’s the kind of people I like to hang out with.”