Hyderabad-based singer gears up for her gig this Saturday

You can spot her even in a bustling crowd. Beaming and greeting everyone around warmly, city-based singer Meghna Dundi, is an epitome of serenity even minutes before her show. Her beaded braids trailing on her shoulders stand out at first glance. “I got them braided in Kasol,” she chimes more than happy to talk about them. “I guess I’ve never liked to conform to what is deemed normal. And these braids also are an extension of that side of my personality,” she explains. And conform she didn’t. From a BTech grad-turned-software engineer, she morphed into a much-loved singer in the city’s nightlife.

Unexpected calling
Never professionally trained and introduced to the mic merely four years ago, Meghna has come a long way. “I was a closet singer all my life,” she confesses. The result of a secret outing to a karaoke competition held at 10 Downing Street in 2013 led her to heights she never imagined. Who would’ve known that all the MTV and Channel V she watched as a child would help her turn into the rock star she is today. “My parents didn’t know about the competition until I had to fly to Mumbai for nationals. They were, of course, elated especially because all the relatives who I didn’t even recognise called to congratulate,” she chuckles. But making it to the nationals of this Karaoke competition was barely the reason for her excitement. 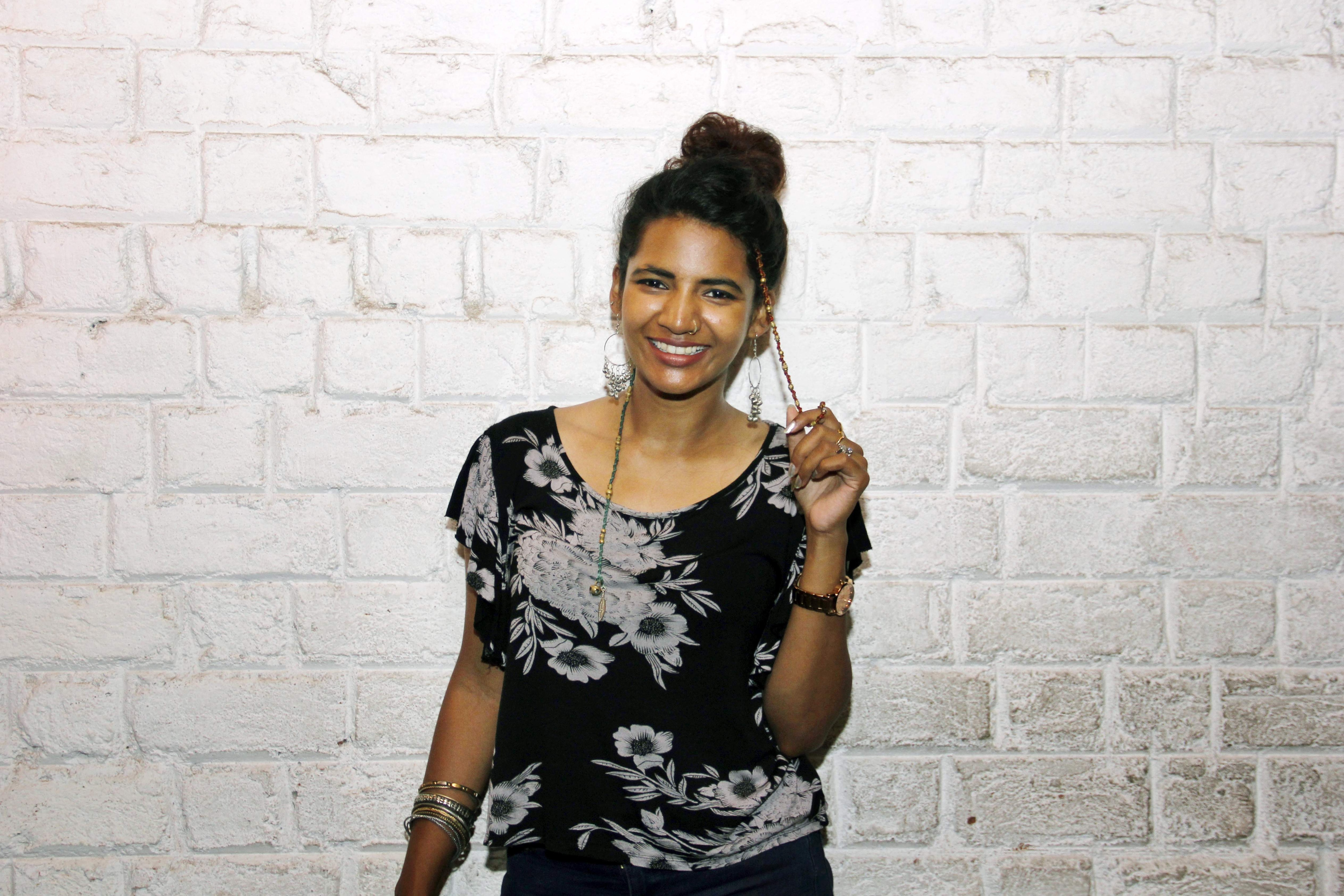 Finding her voice
Meghna says, “It was the first time I was ever going to set foot on a plane! I was more excited about being on a plane than nervous about the competition – where I nailed it and won,” she narrates with striking confidence. However, there were emotional moments too. “I was crying through the entire flight back home as I ended up representing India in the World Karaoke Championship in Finland and by the time I came back, I realised that this was my calling.” And then there was no looking back. Quitting the “suffocating cubicle job” to fighting her parents to become a singer, the 26-year-old says, “Music freed me in every way a person can be freed.”

Performing every Saturday at Free Flow - Traffic bar, Meghna has quite a loyal set of fans. “Hyderabad has always been so warm and welcoming. There are a bunch of fans, who are now friends, who are there cheering for me everytime I perform,” she gushes. But of course, it took some effort to be the confident woman that she is now.

“Until even a few months ago, I would get worked up if I sang a false note or missed a beat. But I’ve now come to a point where I understand that when I sing to myself when I sing to the universe, everybody connects and feels the music I feel,” she says. Loki, the guitarist of her band Meghna Dundi Trio apparently changed her approach towards music for the better. “We came together for the band in 2014 and have been together since. He was the one who would keep telling me to sing to myself and only then will the world see my best,” she shares. The Telugu connect
Metal, Classic Rock and Reggae being her specialities, the Telugu girl in Meghna rarely comes through. Despite being “as Telugu as anyone can get” Meghna, apparently, never broke through into Tollywood. “I tried playback singing with a few music directors in the Telugu film industry. Frankly, my voice and my style of singing aren’t that of a typical T’town singer. They would tell me to sing like ‘that singer’ and I would think ‘why don’t you get ‘that singer’ if you want that voice?’ I never wanted to compromise on my voice and they didn’t want to compromise on their requirements. So I guess Tollywood and I never worked out,” she says light-heartedly.

On a more professional front, however, Meghna has big plans lined up. She is gearing up to release her original compositions as a digital album soon, she tells us, “I have four tracks ready and I’m writing them as well. Of course, I get a lot of help. I should be ready with eight full tracks by the end of this year, which is when I plan to release the album too.” Meghna is known for her classic rock and metal renditions in her live shows in the city. So will her album also be reminiscent of that, we wonder. Snap comes the answer: “My favourite artist is Sting and his work is usually a mix of all genres – there’s metal, rock and then suddenly there’s reggae! I want to achieve that with this album and so far I’m doing well!”