Malhar 2019: Here are five things you must look forward to at St Xavier’s three-day annual fest

It was in 1979 when the idea of ‘bringing people together’ sowed a seed that has today turned into one of the largest college fests in Asia. Titled Malhar, the annual inter-collge festival of Mumbai-based Xavier’s college is in its 41st edition. And, this year, the three-day festival that begins on August 15 is themed ‘The Multiverse - A Nexus of Possibilities’.

Ahead of the festival, we bring you a sneak peek into the things you must look forward to in Malhar 2019: 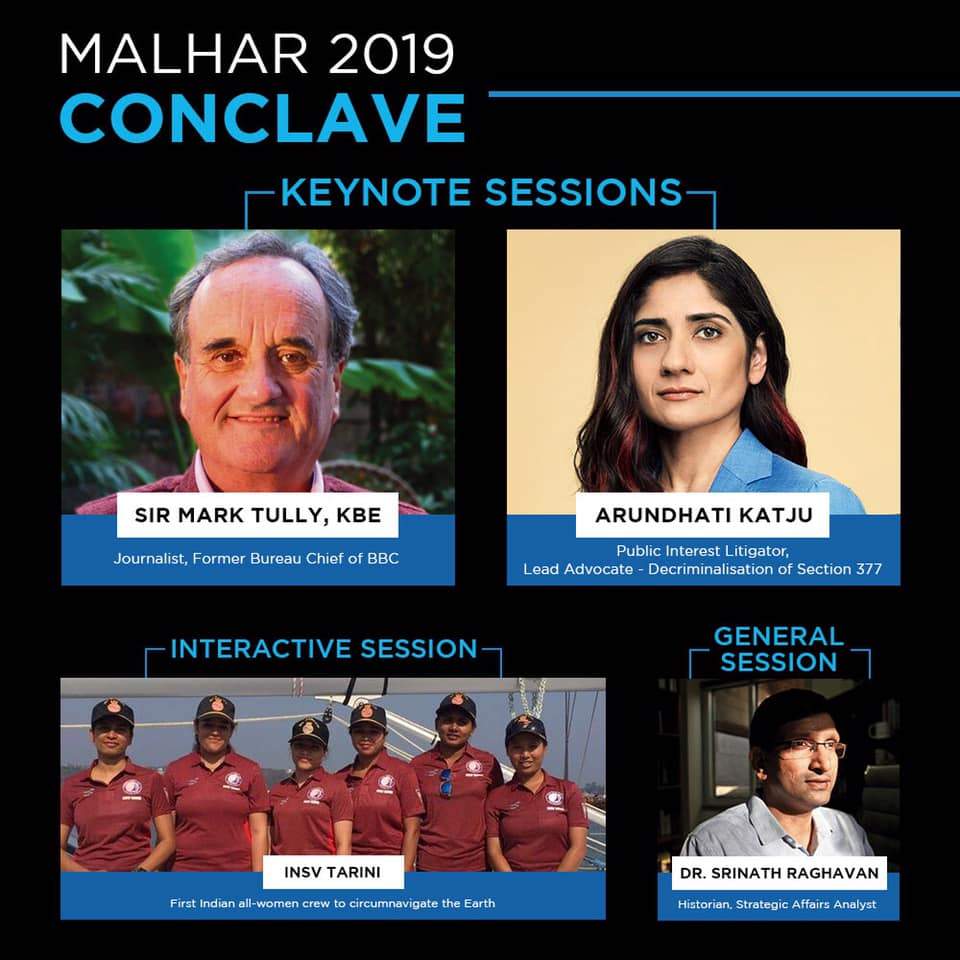 Taking place since 2009, it has proven to be a distinct platform where the vision of esteemed personalities amalgamates with the budding thoughts of students. After hosting the likes of Dr APJ Abdul Kalam, Dalai Lama, Shabana Azmi, Anurag Kashyap, Raghuram Rajan and Shashi Tharoor, the festival this year will have the keynote session by two-time Padma Bhushan awardee Mark Tully and public interest litigator Arundhati Katju. While Tully is considered one of the most prolific journalists who has covered all the major incidents, including the Bhopal Gas tragedy, Operation Blue Star, Demolition of the Babri Masjid and the 1984 Anti-Sikh riots,  Katju is an LLM from Columbia Law School and has notable cases including the Agusta Westland case, the 2G spectrum case, the Jessica Lal murder case, and the historic LGBTQ+ rights litigation to her credit. 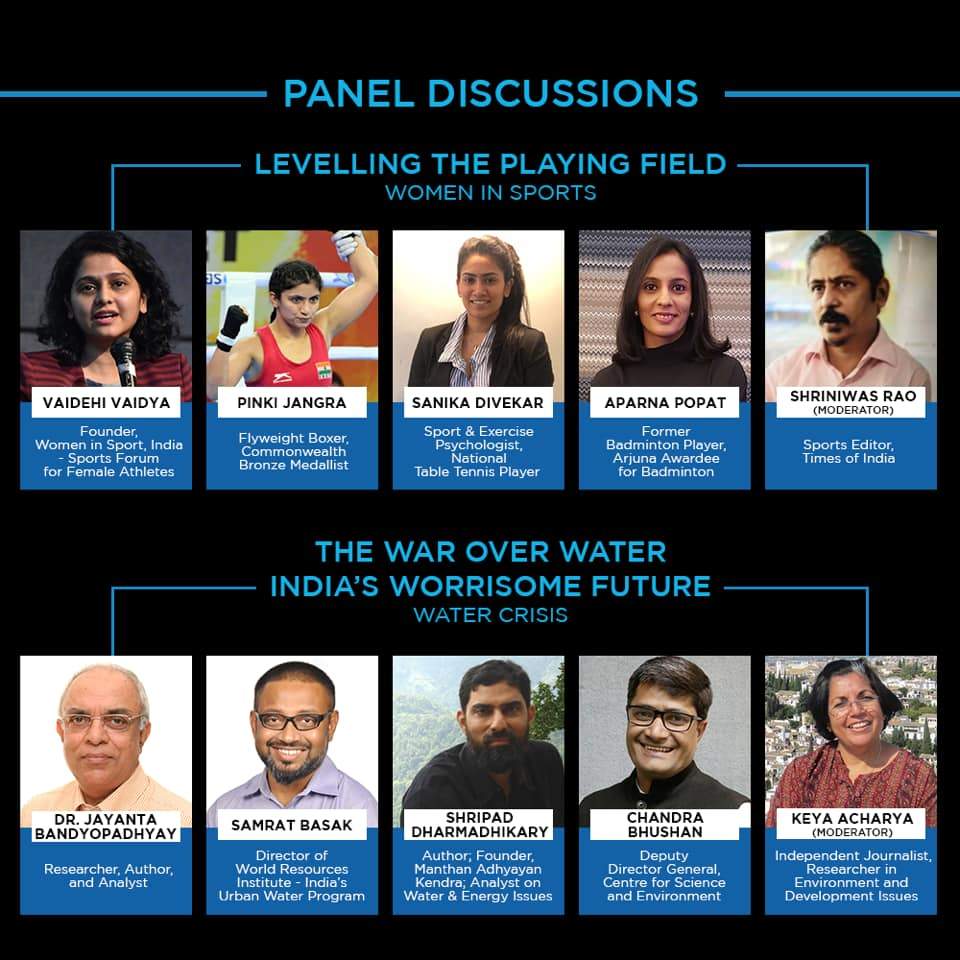 There will also be a panel discussion on the following two topics:
- Levelling The Playing Field: Women In Sports
- The War Over Water: India’s Worrisome Future 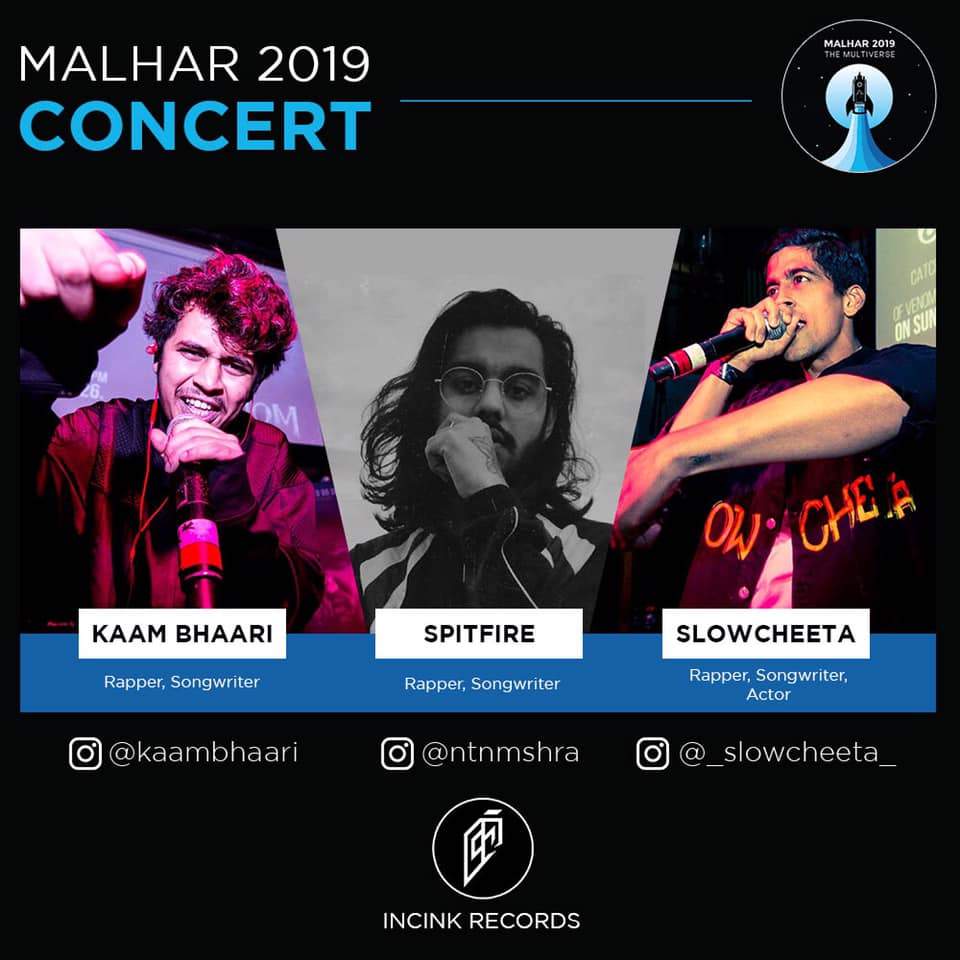 The concert will see performances by Kaam Bhari, Spitfire and SlowCheeta.

While Kunal Pandgale aka Kaam Bhari is a rapper who wrote ‘Kab Se Kab Se Tak’ for Gully Boy, Nitin Mishra aka Spitfire is one of the lead writers for the hit song ‘Asli Hip Hop’ in the same movie. SlowCheeta or Chaitnya Sharma is also a rapper who also composes music and acts. All of them are also a part of the IncInk Records, a passion project started by Ranveer Singh and his friend Navzar Eranee. 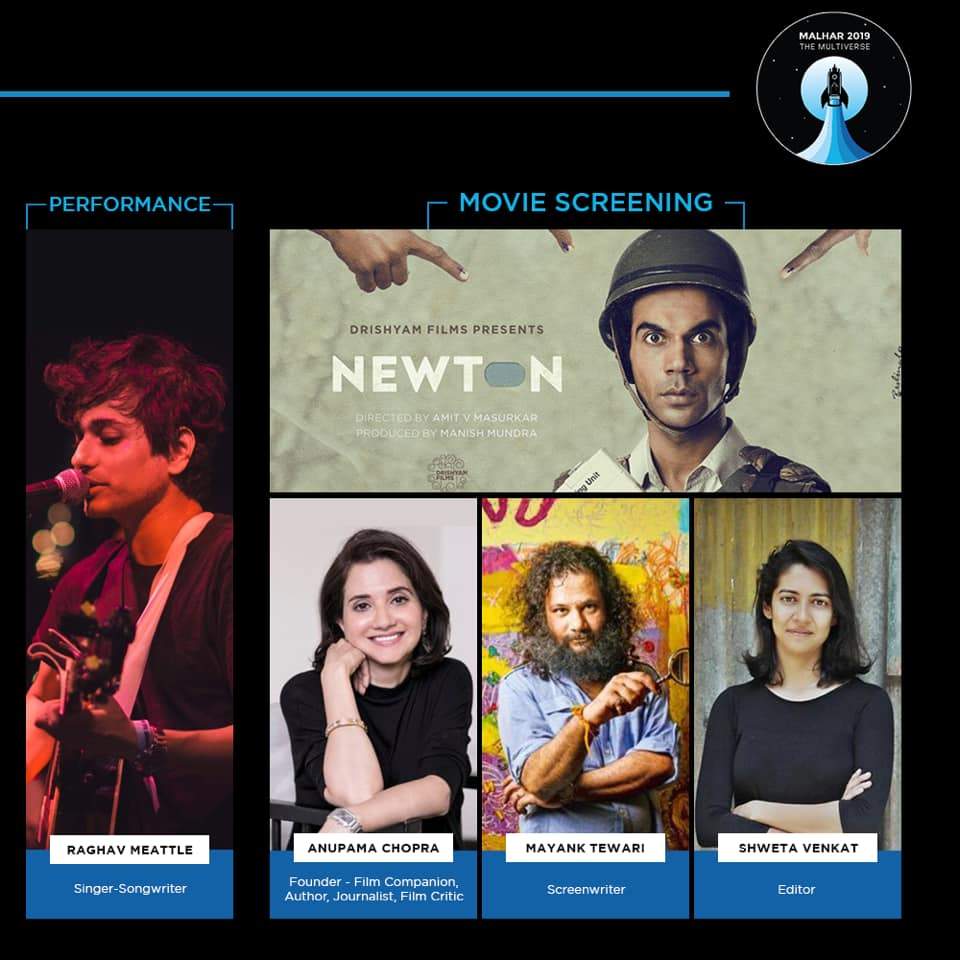 The third day of the festival will see the screening of the film ‘Newton’, which was India’s entry for the Best Foreign Language Film at the 90th Academy awards. And, to make it more interesting, there will be Anupama Chopra, India’s foremost film critics and the director of the MAMI Mumbai Film Festival, to accompany the event. Besides her, screenwriter of the movie, Mayank Tewari and the editor Shweta Venkat will be present. 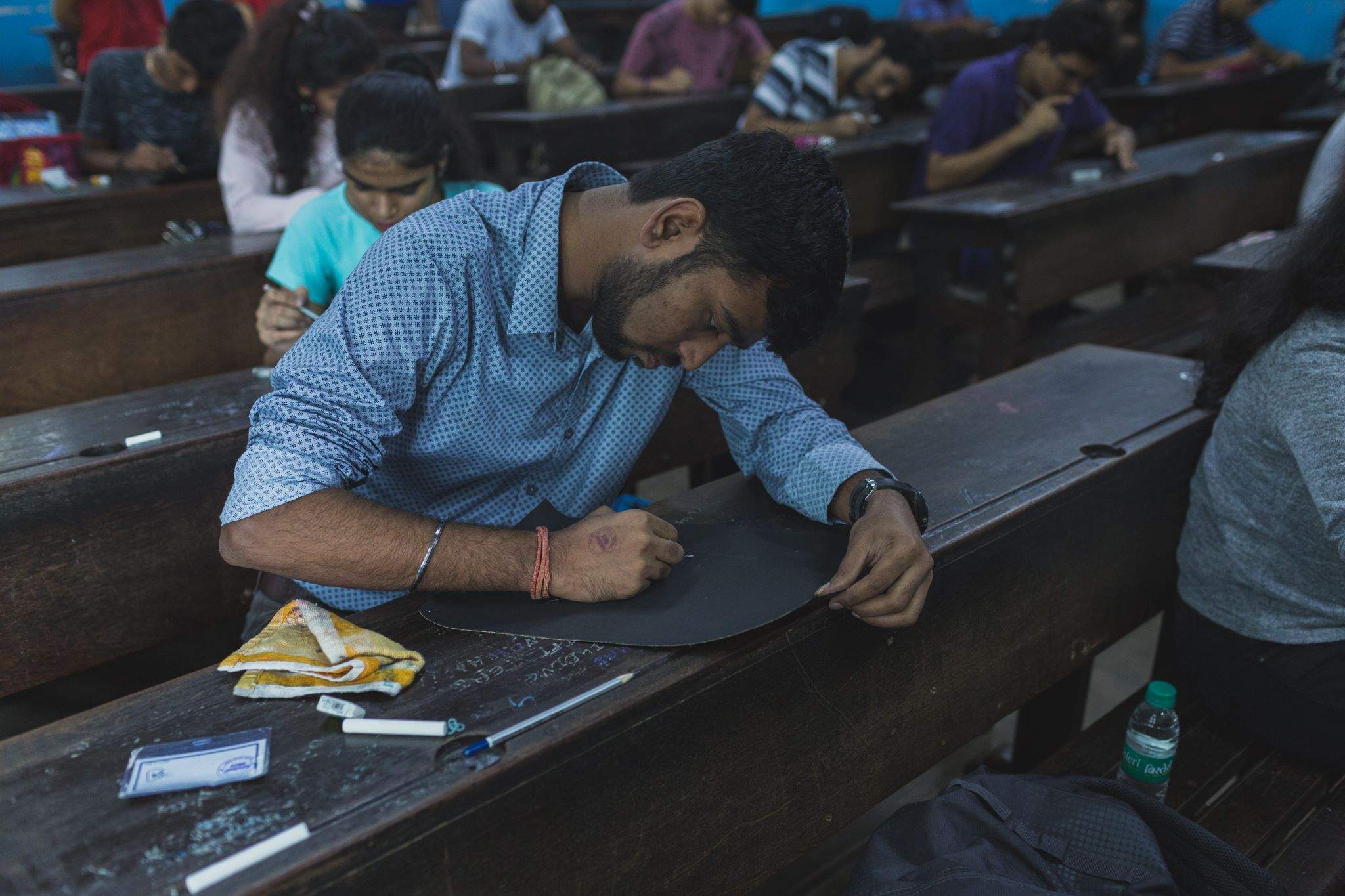 The second and third day of the festival will see Malhar truly diverging into an iconic platform where art is rediscovered and cherished. Here are some events that you should totally witness at Malhar 2019: 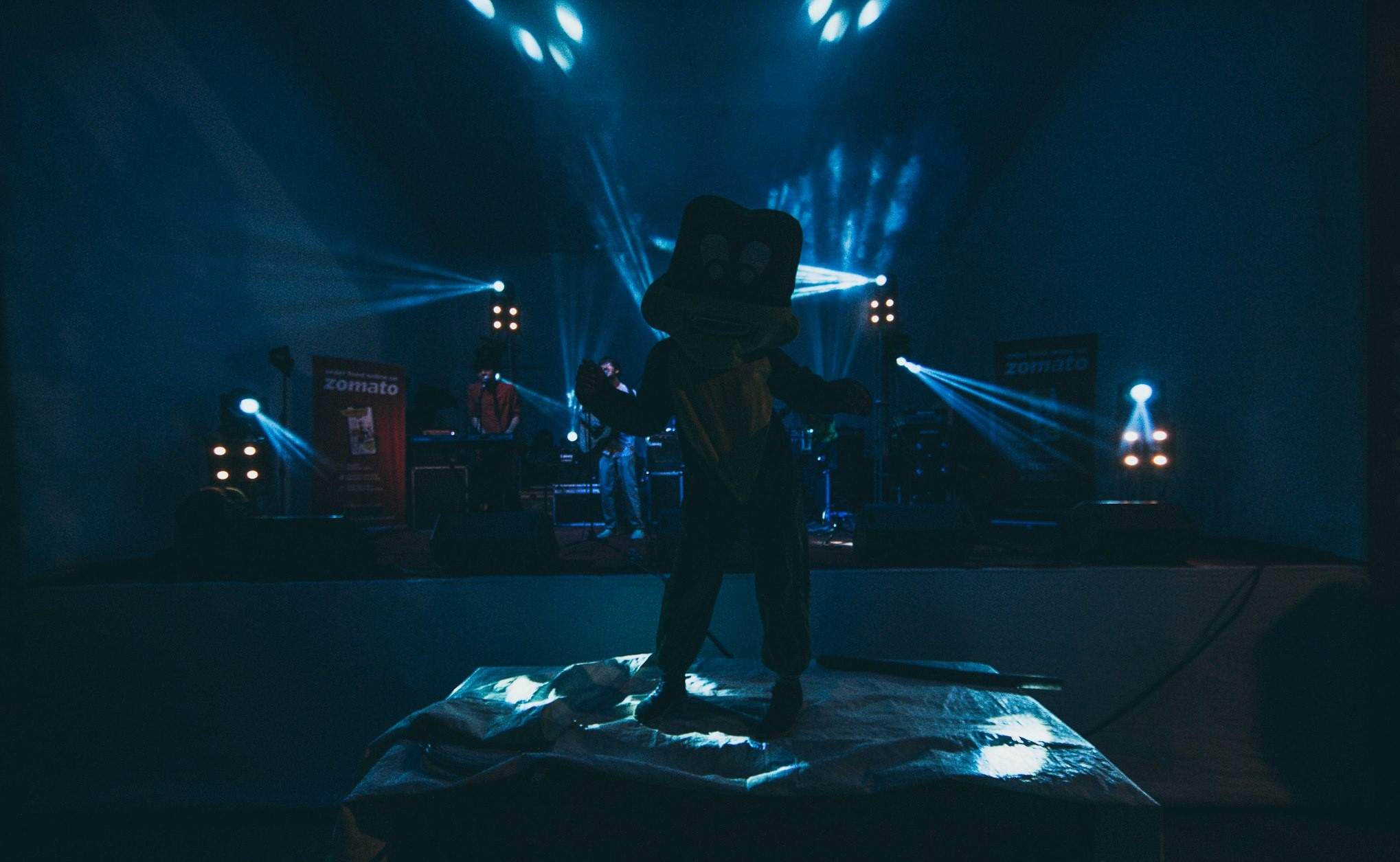 What is more rejuvenating than an evening of soulful music, dance and enriching performances amidst an aesthetically pleasing view? Scheduled to take place at the Bandra Fort Amphitheatre, the event will see performances by Indian and Western bands, stand-up comic artistes, musicians, freestyle dancers and rappers. And, if you need entry passes to the three-day event, they will be distributed here!

TAGS
Things to do in Mumbai