Independent artistes of the east are trying their best to find their niche amid a gig-less year; touring and live performances are major sources of income for creators who are not backed up by record labels. And more and more tastemakers and content producers in the country are now venturing into business with their own artist-first record labels that don’t value artistes solely as money-makers but as creators and originators; these labels are also looking out for credible homegrown voices. Several bands have started exploring the ticketed streaming circuit as listeners are now willing to pay for live virtual content. Then, of course, there’s band merchandise and several indie bands have realised the merits of an official merch line that's both interesting and lucrative. At the moment audio content creators are figuring out what works in terms of productivity and revenue, and here’s a look at how some of the artistes from the east have navigated the unpredictability.

Beloved Shillong band Soulmate has aced their virtual presence amid the shutdown. The blues-rock band Soulmate is maximising on the digital output to stay in touch with their base and have been more active than ever. In April the band released a new YouTube page and in July they released a new album titled Give Love. On International Blues Music Day, the band performed a live gig. Soulmate has been hosting quite a few virtual performances and lockdown house video series. The band also released a new line of merchandise and in September they came up with their website so fans who can’t watch their live sessions on social media can stream their performances from the site. Last month the band held their first ticketed streaming event from Rudy Wallang’s Hole in the Wall studio in Shillong. Sikkim songwriter and singer Anoushka Maskey clearly believes in the power of consistent content output. After her debut EP Things I Saw In A Dream found success this year, Maskey has released a brand new four-track EP titled C.E.A.S.E. for which she has collaborated with producer Pranay Bakshi. Both her EPs have been recorded in isolation at the artiste’s home studio and feature some really interesting folk influences. This month the artiste released a single titled September Embers where she has collaborated with a bunch of indie names. Maskey has also been uploading covers of famous old classics, from Frankie Valli’s ‘Can’t Take My Eyes Off You,’ and Nirvana hits, on Instagram which have earned her a lot of followers. 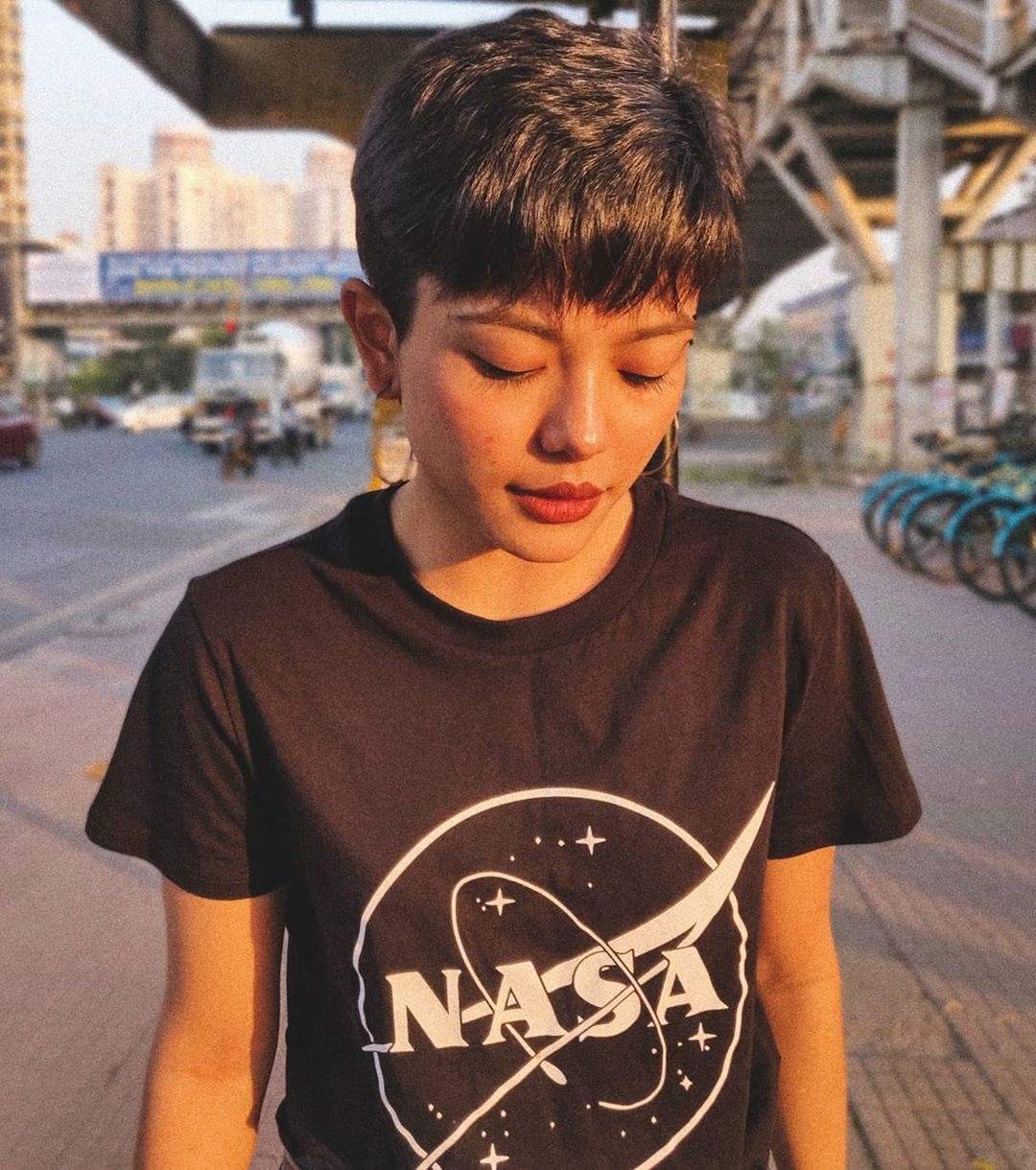 “Of course we get hyped about our releases, but this track is so freakin' important to me because Pranay Bakshi, one of my collaborators and I were just talking about how both of us have FELT our progress as musicians in the process of creating this baby, and well, that's always been the goal. We've got bassman Sahil Mathew with us this time, and this is someone whose bass playing I respect so much,” Maskey says.

Independent vocalist Trishita Recs decided to release tracks from her debut EP Khoyi Rahun in a piecemeal fashion. Although the singer shares that she designed the release in a way that will give the listeners a chance to understand the narrative better, the slow release technique has been used by quite a few bands over the last seven months, specifically to pace a multi-tracked outing better. "We released the tracks from our EP one by one over the course of two and a half months because it was narrative-driven and it helped the storyline of my EP, but it turned out to be a good move,” the singer says. 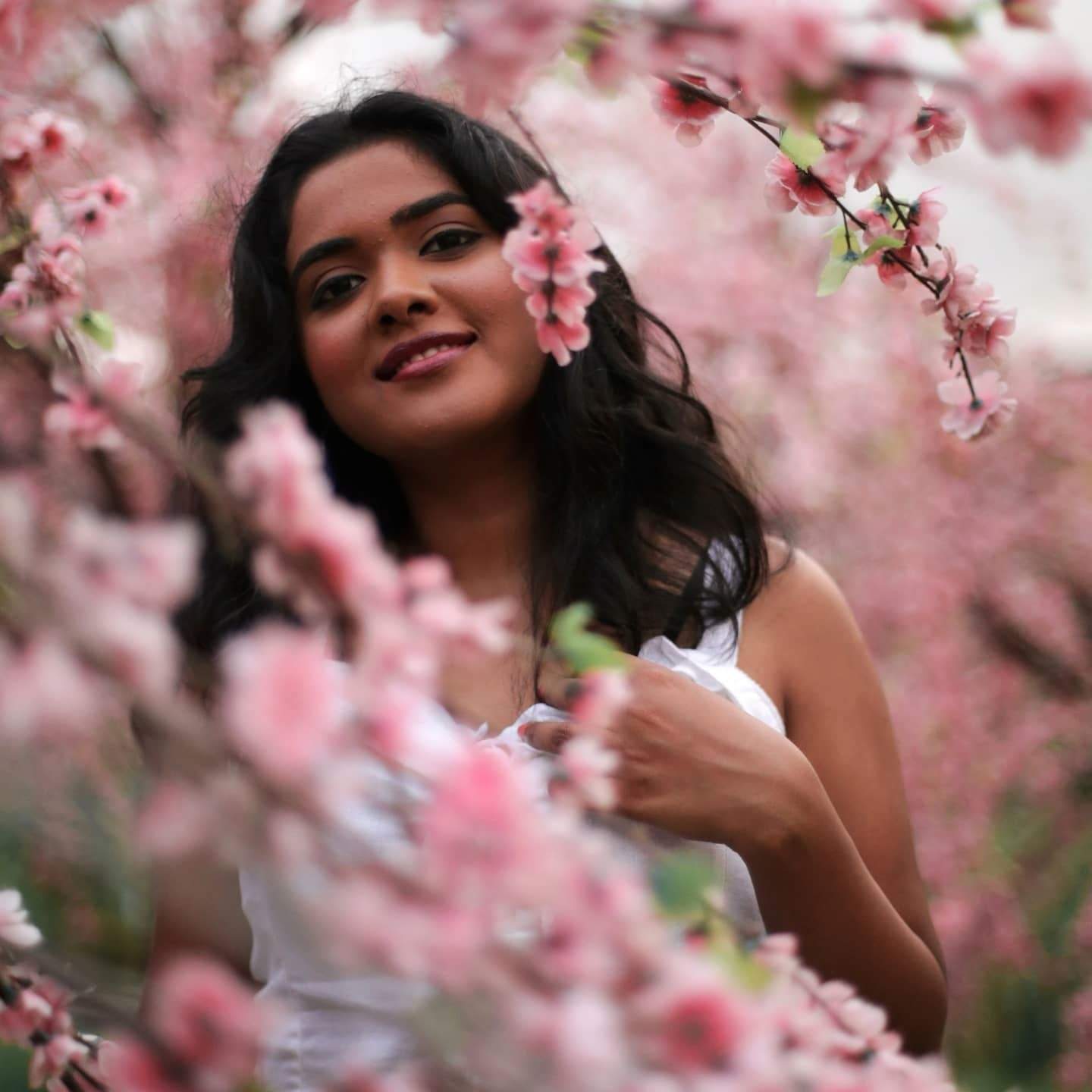 The  EP is also climbing the charts in streaming platforms and Trishita confirms that listening patterns have changed in the last six months, thus giving independent artistes a fighting chance. “Though this is my first EP, I have only released singles till now, when I look at the numbers it’s quite astonishing. People are definitely exploring music a lot more since they’re staying in more and a constant flow of good music also helps people work and this has helped with the reach in indie outings,” Trishita remarks.

Rapper Feyago came up with his own record label El Entertainment in the last few months; the artiste realised how crucial it is to backup independent artistes after he had to postpone a 13-city album tour due to the pandemic. The label has already signed quite a few promising names on their roster. “EI Entertainment is an attempt to provide a platform for creative, hardworking artistes from the East who find it difficult to make it all the way. We are looking to work with unique names who want to take their sound global by offering something which represents India, but can also be enjoyed by people from every race and culture. Most trending artistes borrow sounds from the West and rehash them in regional languages, selling modified western sounds. We are looking to create unique, global sounds from India and take it to the world,” he tells us. 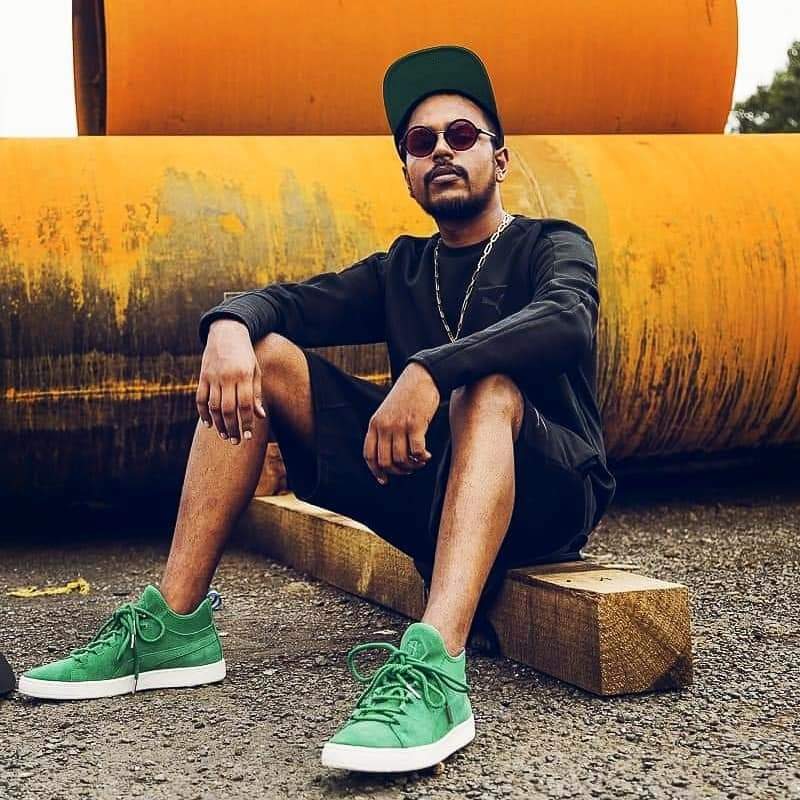 The rapper also released a number of tracks with zero capital but thinks subscription-based income could be a viable way out for artistes.  “Releasing four music videos with zero capital and no access to studios or outdoors was a huge challenge! We recorded, mixed and edited everything at home, shot videos on phones with talented artists from the East, and released the music independently. It is very hard to predict precisely what’s coming next, but if people are going to live indoors in perpetuity, then artistes will have to depend more on online gigs and subscription-based income,” he shares.

Urban folk singer Arko Mukhaerjee used social media to stay connected with his fans; the artiste became more active on YouTube, Instagram and Facebook. His ‘Many Cities. Many Artist. Many Countries’ and ‘Arko Mukhaerjee Collective Live’ became regular features on Facebook and Instagram where he brought folk notes from different parts of the world - be it  Moussolou, a traditional song from the Wassoulou tribe from Mali to a Manbhumi tribal song from the red soil Santhali belt of Bengal, folk music thrived and touched lives during the pandemic. There were also collaborations with other artistes online and offline. Arko even raised funds and performed for NGOs. His latest original tune is Gun Gun Gaiche, co-written by Ranjini Chatterjee and Subrata Ghosh portrays the dream of a beautiful world where people, animals, birds and trees coexist in harmony. 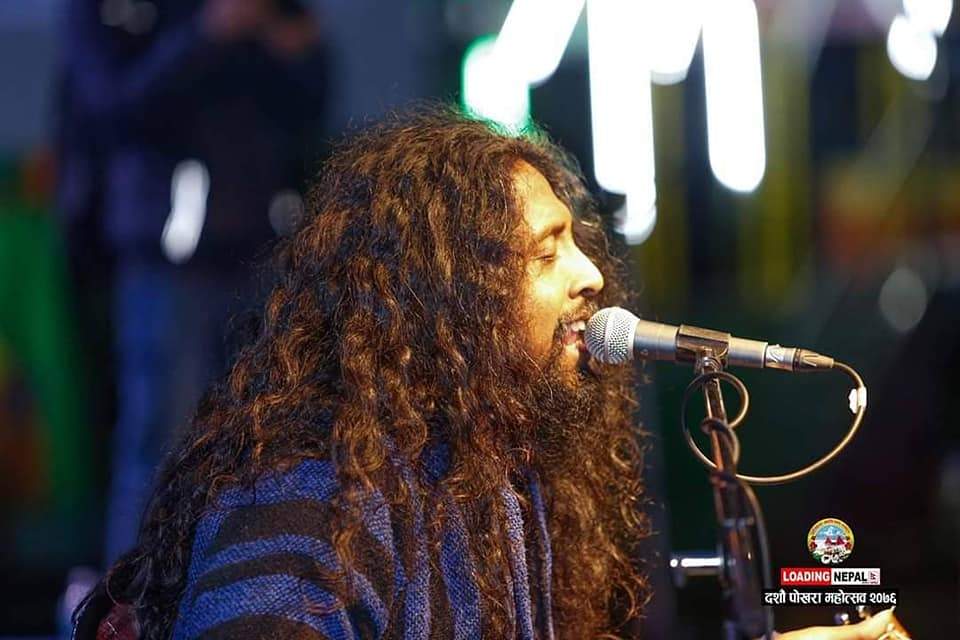 Whale in the Pond

This young Kolkata band had started the year with a six-song EP Dofon that talked about myriad emotions and issues ranging from personal heartbreak song to a  satirical commentary on a burning issue. They ended the uneventful year with two songs – Dui Thappod and Baraka. Talking about the two songs that were dropped last Friday, Sourjyo Sinha, the Silchar-born singer-songwriter and guitarist tells us, “While musically Dui Thappod has Bihu influence and is a fun song engaging a parent and his child into a conversation which is more of a rant, Baraka is just a random word from Silchar and it’s an improvised track.” 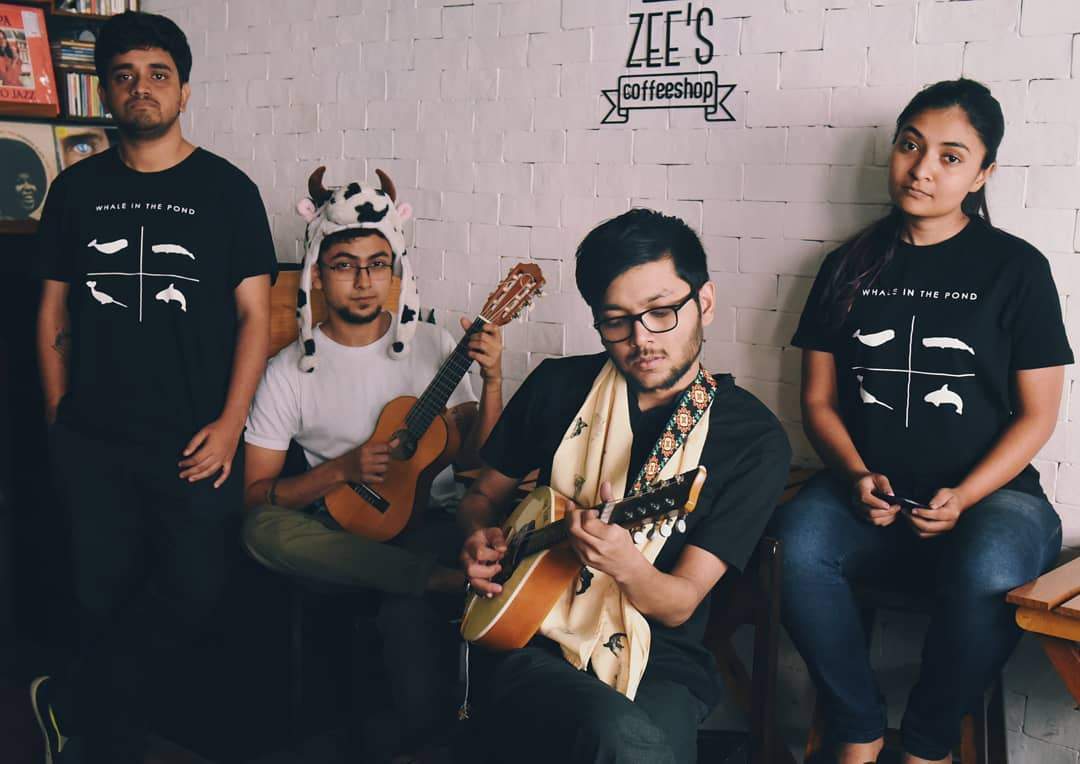 The homegrown label that was the result of the collaboration between Smoke Inc and Hindusthan Records was launched during the pandemic, in April. And their debut track Change Hobe Puro Scene (The scene will change), by DJ Skipster and Cizzy, caught the pulse of the ‘changing times’. Since then the record label has launched three more songs. The first one is with Tre Ess, the second one is an electronica single with Sukanya and 8-bit Culprit and the third one is a Rock Ballad with Bodhisattwa. Nishit Arora of Smoke Inc tells us, “Riad Saha of Hindusthan Records and I wanted to create a label that would promote homegrown artiste with more contemporary stuff. We collaborated with a few artistes during the lockdown and we intend to continue doing so, as envisioned. The label is currently taking it slow and it intends to explore more music and collaboration local and national in 2021.” 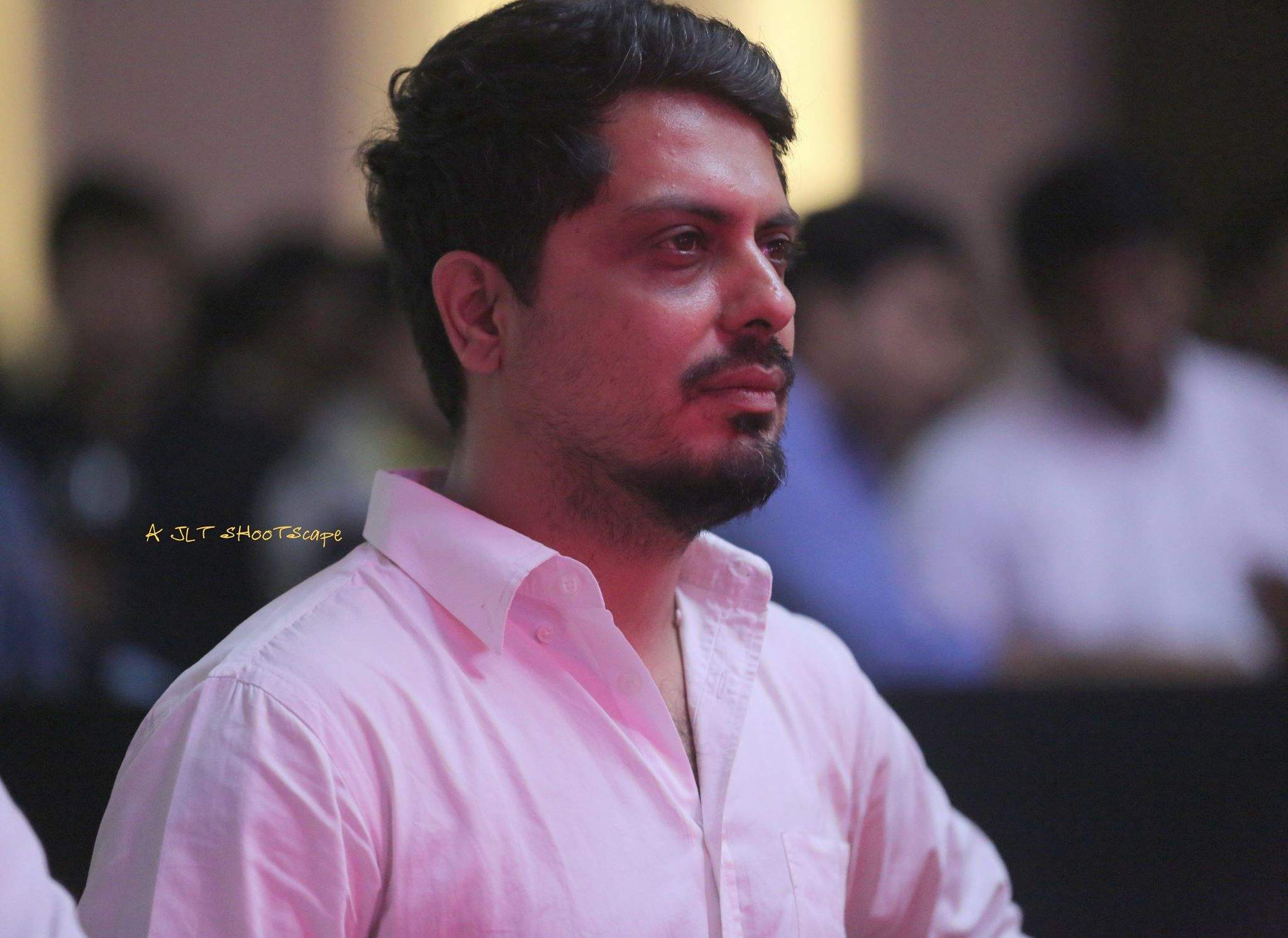 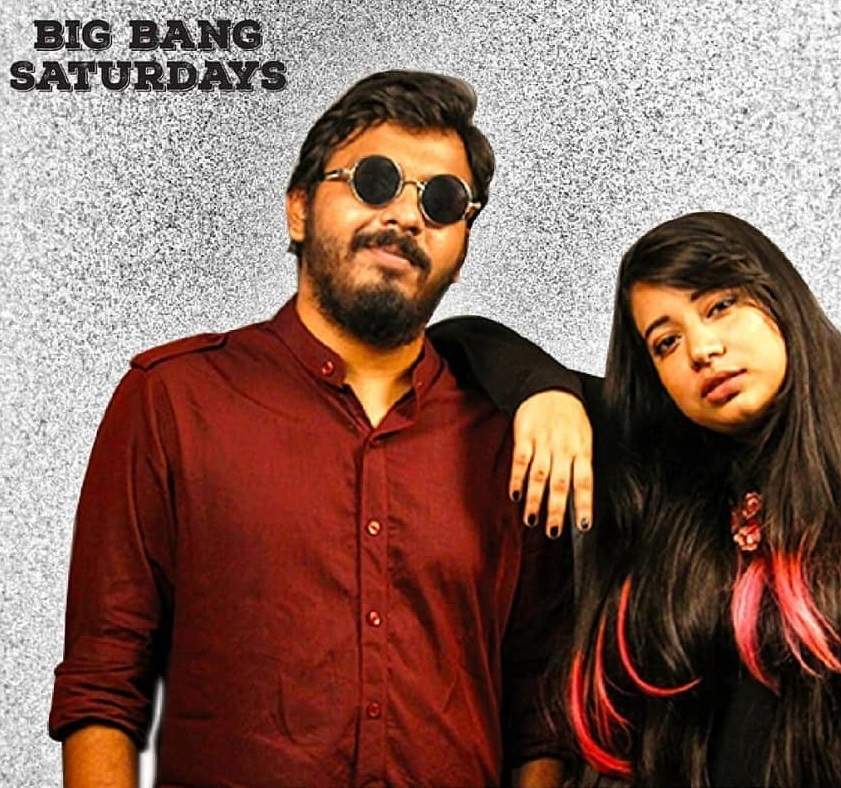 Though the period has been stressful with live actions missing from Paloma and Adil’s life. The city band kept it low and concentrated in creating more music since they don’t want to go the virtual concert route right now. Adil Rashid, 32, who plays guitar and composes music, tells us, “Although professionally it has hit us hard creatively this has been a boon for us. We did not like the idea of doing live shows on social media so we restricted ourselves to producing more music at home with the resources available at the disposal. We even worked on our music videos.” Paloma and Adil recently released their dance number Disco Panda revisiting the whole disco music phase. Adil, who also plays for Underground Authority plans to drop two songs – Azaadi 2.0 and Jungle, in the coming months.”