Last September Berlin-based techno sensation Ash Roy collaborated with Kolkata-based DJ 8-Bit Culprit on the three-track EP Triptower which released under his imprint Soupherb Records. The EP was conceived in Kolkata when Ash and 8-Bit Culprit were performing together in the city. The extended play featured melodic influences, plus acid and trippy psychedelic vibes with running bass lines. The EP found a stunning response in the country as well as globally, and the artistes have now released the Triptower Remixed EP which features globally acclaimed artistes of the minimal techno / techno scene who have added their influences to the tracks from the original EP. 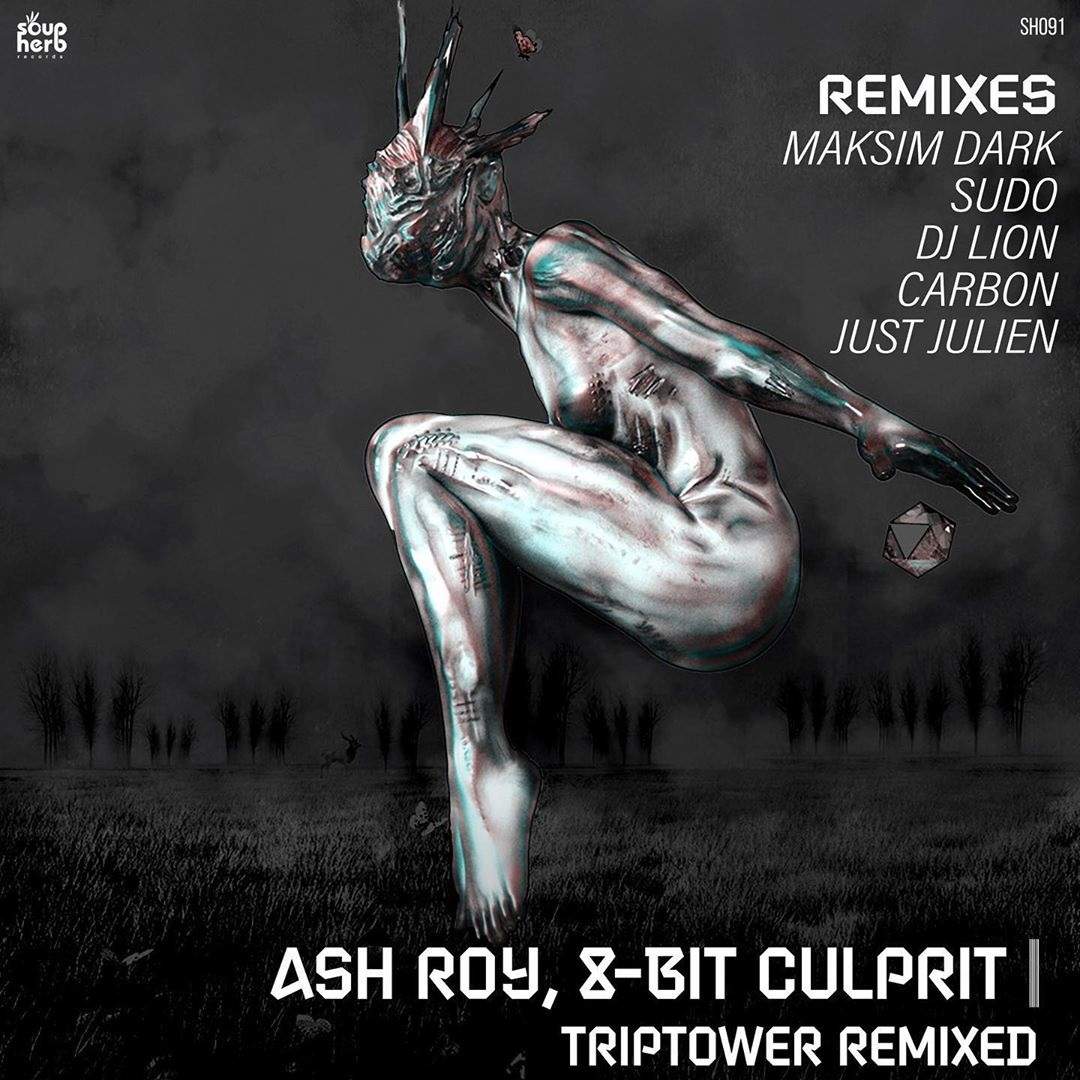 The title track Triptower has been remixed twice, the first remix is by Russia’s minimal techno mixer Maksim Dark who has brought his unique raw minimal sound to the track and the second remix is by Berlin-based, Japanese techno artiste Sudo who reworked it into an euphoric techno delight. The second track Basidia has been remixed by DJ Lion and Just Julien, a deep, groovy collaboration remix that came to life while they were on tour in Thailand. The third track Synapses has been remixed by Hamburg-based minimal techno genius Carbon who brings his signature funky and groovy vibe with deep and large sounds.

We spoke to the line-up to get a better perspective on the new Triptower Remixed EP.

"After we noticed how the EP did last year I was very keen to get it back with a twist. So I got in touch with my good friends Maksim Dark, DJ Lion, Carbon, SUDO and Just Julien. They are a bunch of phenomenal producers and each one of them have done such a great job with their unique style. A massive thank you to all of them!"

"Ash and I had got into the studio together for the first time to work on the Triptower EP early last year. We received a lot of love and support for the release and decided to do a remix EP of all 3 tracks. We’ve got 4 badass remixes from 5 of the most sought after producers in the techno/minimal techno circuit, each remix is a unique rendition of the original. All of the artistes have delivered absolute scorchers!"

"Really enjoyed working on remixing Triptower by Ash and 8-Bit Culprit. I tried to put the feeling from my last India tour into the track. I have known Soupherb Records to be a great label and I respect that they have their own style."

"It's hard to find the right words to describe the experience of remixing the track Basidia. We were doing the remix at the outstanding location in Koh Phangan in the jungle studio of Julien's home watching the carpet of coconut in front of us every day. This is our 1st ever remix together so it means a lot. We are also very happy to be back on Soupherb Rec. after almost 4 years since the last one for Ash Roy , Calm Chor - New Toys (DJ Lion & Tomy Wahl Remix) next to Ambivalent."

"It was fun and a nice session to do the remix of Synapses. I like to release on Soupherb, nice people and a good vibe."

"It was a lot of fun to remix Triptower by Ash and 8-Bit Culprit. It’s always nice to work with these guys, they do a good job."