Reggae artiste Sasi The Don on his new single, Dr Alban and the Indian reggae scene

Reggae sensation Sasi The Don still remembers the day he discovered Dr Alban’s music in a record store in Kuala Lumpur. In the last twenty years, his repertoire has expanded immensely and today, he is friends with several artistes he has grown up admiring. “Shaggy, Apache Indian, Dr Alban, Diana King, they are my good friends now. I have ended up working with my idols! When I was a kid in Malaysia, Dr Alban was on the verge of becoming a star. And then I eventually collaborated with him, on a song called Music In Me,” Sasi The Don tells us. The reggae and dancehall performer just came out with a single titled Daddy Don, just in time for Father’s Day and we caught up with him to know what he’s been up to.

Tell us about your new single. How did you come up with it?

It was a really exciting song to work with. I have a six-year-old daughter who has kept me going, kept me strong, always challenging me to be better than what I was yesterday. And my daughter loves my music. I also talk to her a lot about Reggae and about Bob Marley. The song is about celebrating your loved ones, be it single dads or dads with families, single mums, or anyone. Many of us play so many roles in our lives. Those who play the role of a dad to children, this song is a thank you message to all those good people. 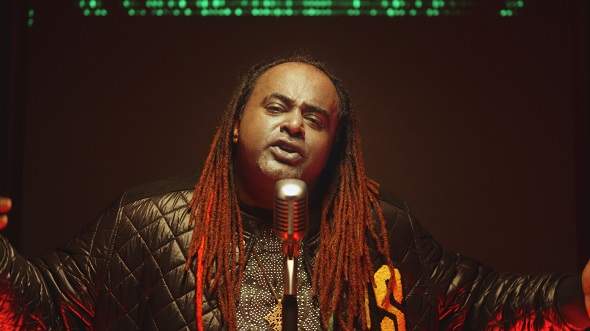 How has your creative process evolved in the last 20 years?

I can still remember how it all started like it was yesterday! It has changed a lot, one of the biggest changes has been technology. When I started making music two decades ago, we had to make posters and cassette covers, everything had to be made ready. Now, it’s all digital, there are so many music streaming platforms. But it’s a good change, today people evolve to complement the way life is changing, to make it easier, mobile and fast. Twenty years ago if I wanted to listen to a particular song, I would need to go into a store. I could find the CD, but it’d probably be pricey. Now, access to music has become so convenient.

Tell us about how you got your start in Reggae

When I was 12, around the 90s, my friends were listening to Vanilla Ice or Boyz II Men, but I just could’t find my kind of music, you know? One day I passed a record store which was playing Dr Alban’s first big hit Hello Africa, that was a kick-starter. From then on, I started discovering music that I connected with. I also started picking up the Patois accent, which is widely spoken by Jamaicans that helped a lot in my songwriting and diction. I discovered Bob Marley eventually, discovered Reggae which is the music of love, it brings people together.

Where do you think Reggae stands in India?

I have enjoyed Reggae so much in India, be it Bombay Bassment, Reggae Rajahs, Delhi Sultanate, we have got to know each other over the years as well. I think Apache Indian nailed it, he gave it a sense of belonging. The people are so supportive there, it’s a privileged market, and it’s so diverse. Historically, it’s an encyclopedia of music, not just for modern rhythms, it’s a universe on its own. I want to strengthen my relationship with my fans there. In fact, I’m about to go to Mumbai post the lockdown to record a song with someone celebrated; it will be released in Tamil and Hindi.