Independent artists had their work cut out for the gig-less year that was. Singer, songwriter and producer Sayantika Ghosh who divides her time between Kolkata and Mumbai confirms that at the moment it’s crucial to diversify production routes and new material since digital output is going to be key, even as the live scene recuperates.

The artiste has been able to amass a lot of virtual engagement with her newest singles Extraordinary Love, Samurai and Hollow Inside, all of which are accompanied by interesting, original visuals (the video for Extraordinary Love shows queer couples in their personal spaces while Samurai’s video uses glitchcore animation). We caught up with Ghosh to learn about her creative and production process. Excerpts:

What was the idea behind Extraordinary Love?

We don’t choose who we love, it’s beyond our control. That’s the central theme of the song: “This is an extraordinary love In an ordinary world.” It’s hardly ever what you expect, but that’s what makes it so intoxicating. No two relationships are the same, much like no two people are. I’ve learnt this from the relationship I’m in now, and I actually wrote Extraordinary Love as a birthday present to him. Our low points were really low, but I’m so proud that we’ve triumphed over it all and are stronger than ever. 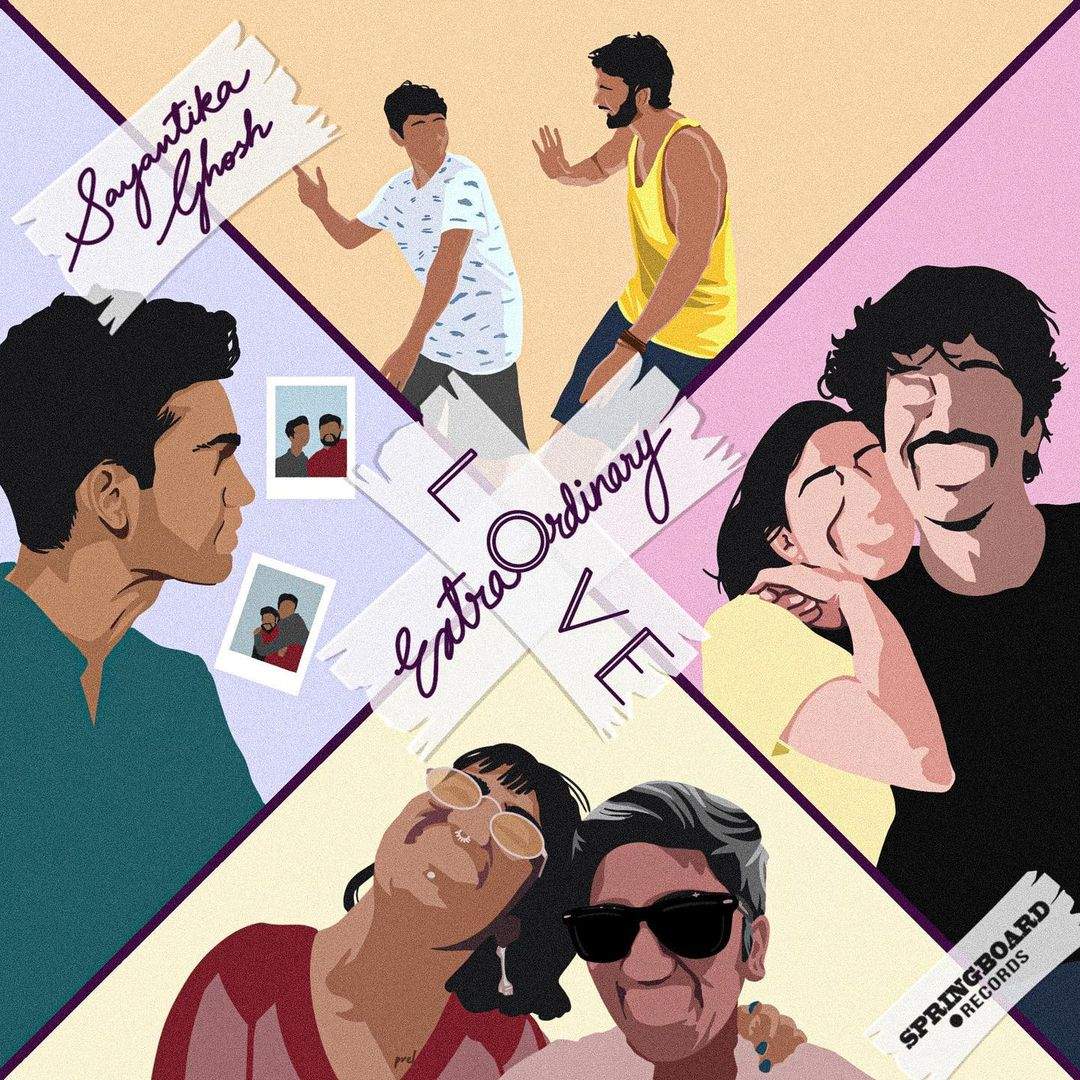 Nothing defines my music more than my voice, but bass lines are very important to me, so much so that I either write songs on them or that’s the first thing I program in the whole arrangement. Other than that, I’m always experimenting with uncommon chord progressions. Some of my music is also influenced by film scores, so you get a cinematic vibe in them.

Some of the animations in ‘Hollow Inside’ ended up with cyberpunk themes because the thought of that future is fascinating to me. And the broken, grunge look went perfectly with the dark theme of the track.

In ’Samurai’, there were certain elements that I thought were imperative to the song’s visual representation - being a huge anime fan, I couldn’t let this one pass! The whole sound and feel of the song have been very futuristic for me, hence the sky city and the cyberpunk vibe.

How did the slowdown affect your creative process?

Three months into the lockdown, I went through a strange and confusing phase, which landed me in writer’s block. I was low on self-esteem and felt so beaten down that I’d lost perspective. And it was only when I began writing ’Samurai’, that I suddenly became aware of the battle that was raging inside me - one voice would tell me that I need to ease off and have fun with the process and the other voice would tell me to push harder.

Do you think the independent music scene in the country is recuperating?

The live scene has shifted almost completely to online platforms, I have taken to Instagram as a means of communicating with followers. And collaborations have become a big part of my process now - be it for new music or even for covers on social media.

Extraordinary Love is out now on streaming platforms