ICF breaks the stereotypical ambience of a factory

The monotonous labour of the Integral Coach Factory (ICF), a city-based factory that manufactures coaches for trains, is now often interrupted by splashes of colour. Even though one is forgiven for thinking that the work that goes on inside is mechanical, colourless and monotonous, since the beginning of 2017, ICF has been striving to make a change.
It all began in 2011 when S Mani, General Manager at ICF, began an art movement at the Coach Factory in Bengaluru after being inspired by the visuals around him at his workplace at the Bengaluru premises. The idea travelled with him to Chennai last year, and has been changing the face of the organisation ever since.

Artists from Chennai and Bengaluru had come together in the beginning of this year to transform the mundane walls of the campus with murals related to the work carried out by their employees. “The prosaic and colourless jobs that the employees might be performing in a firm such as this and the moments of thought that go through a person’s mind when they stop, look and think about a painting and interpret it in their own way, as opposed to the artist’s, urged me to take a step towards the art campaign,” says Mani. On our visit there, we found manufacturing waste turned into installations representing popular symbols like that of the Make in India lion. There were also painted train wheels stacked at the centre of the factory campus. 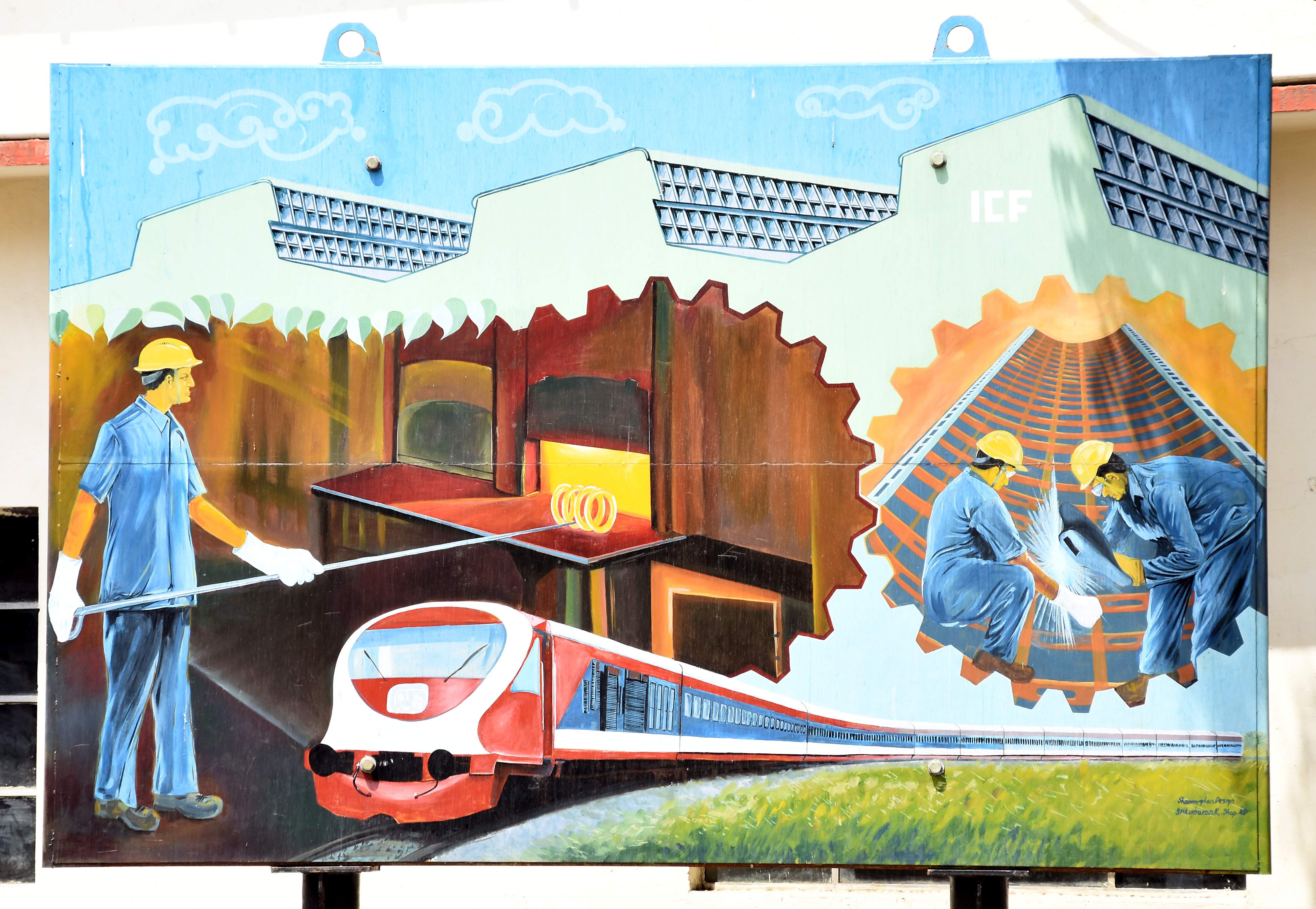 Meanwhile, the Regional Railway Museum, a part of the ICF, which is open to the public, welcomes visitors with colourfully painted compound walls and canvas paintings displayed inside. These works have been completed by renowned artists including Maniam Selvam, Thejomaye Menon, Asma Menon, Sakthivel and Trotsky Madhu. There are also works by women and kids of ICF employees, from the first art camp conducted in the factory premises earlier this January. Following that, they  have had two more — The She Train on March 18 and The Zug Journey in May 20. Plans are on to conduct such sessions every two months.
Open from 10 am to 6.30 pm. Details: 26201014