Art events in Kerala had a reserved character before the Kochi-Muziris Biennale created a stir. Embracing the multifarious horizons opened up by bringing various styles of art together, Kottayam-based Benjamin Bailey Foundation celebrates their decade of research into Kerala’s culture with a spectacle that clubs painting, sculpture, literature and cinema.
“While most exhibits are done by a collective of artists who might be associates or friends, Monsoon Art Fest aims to present creators from various generations and spheres on the same platform,” says curator T R Udayakumar, who has previously rallied painters for the event Fragmented Translations in Kochi.

Confluence of Arts
Seventy creative figures will gather at three venues including galleries at Kottayam Public Library and Kerala Lalithakala Akademi. The pageant presents the famous sculptor Kanayi Kunhiraman in his lesser known persona of a painter, alongside new-age creators like Dodsy Antony. Other noted presences include modeller V V Vinu—who represented India in the recent Shanghai Biennale—and women artists like D Sindhu. 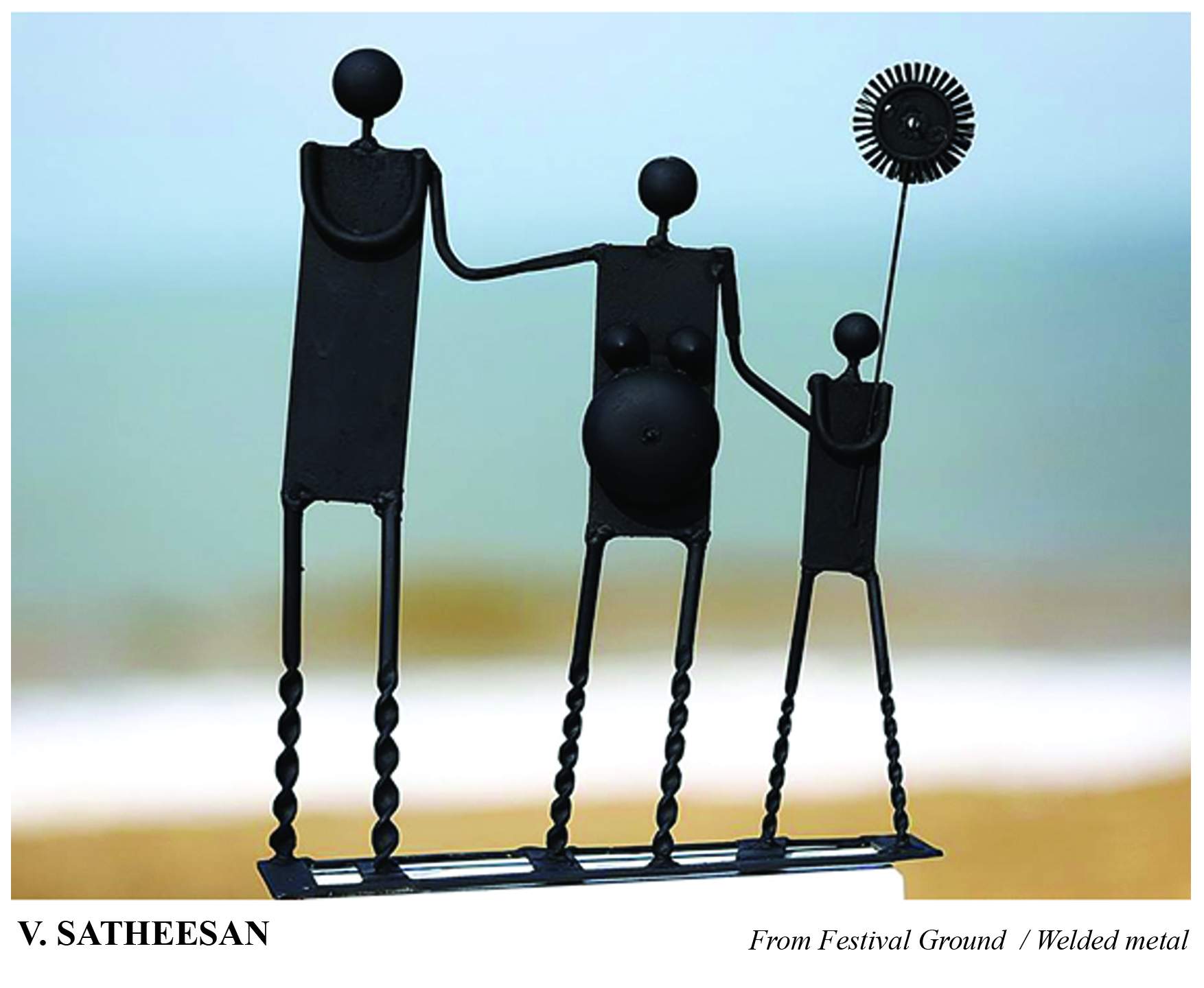 Various seminars at the venue will explore the modern landscapes of fine art. A film festival from June 26 will feature biographical movies on renown artists like Vincent van Gogh and Pablo Picasso. “On July 1, we celebrate the 50th-anniversary of C V Balakrishnan’s writing career with a theatrical based on his novel Aayusinte Pusthakam and a screening of the movie Mattoral,” Udayakumar informs.