KARTHIK Srinivasan’s first-ever foray into street photography is a teaser into what the man claims to be — dramatic and vigilant. Consider his picture of a couple staring intensely at each other after a fight and just before a make-up kiss.

You will find many such intimate moments at his upcoming exhibition at the Art Houz gallery this weekend, where he will showcase a 60-image series titled A Ride Through Life. “This is the first time I broke away from my mould of shooting in a controlled environment and captured whatever caught my attention,” says the founder of K’s Academy of Photographic Arts, who spent a week travelling through the streets of Munich, Amsterdam, Cologne and Frankfurt. The celebrity photographer’s series is in black and white, and possesses a theatrical quality, reminiscent of the famed American photographer Ansel Adams. “The subtlety of black and white is something I enjoy. Without the distraction of colour, this series gives the most honest portrayal of the subject in question,” he shares.

Attributing the series to chance rather than design, the brand ambass 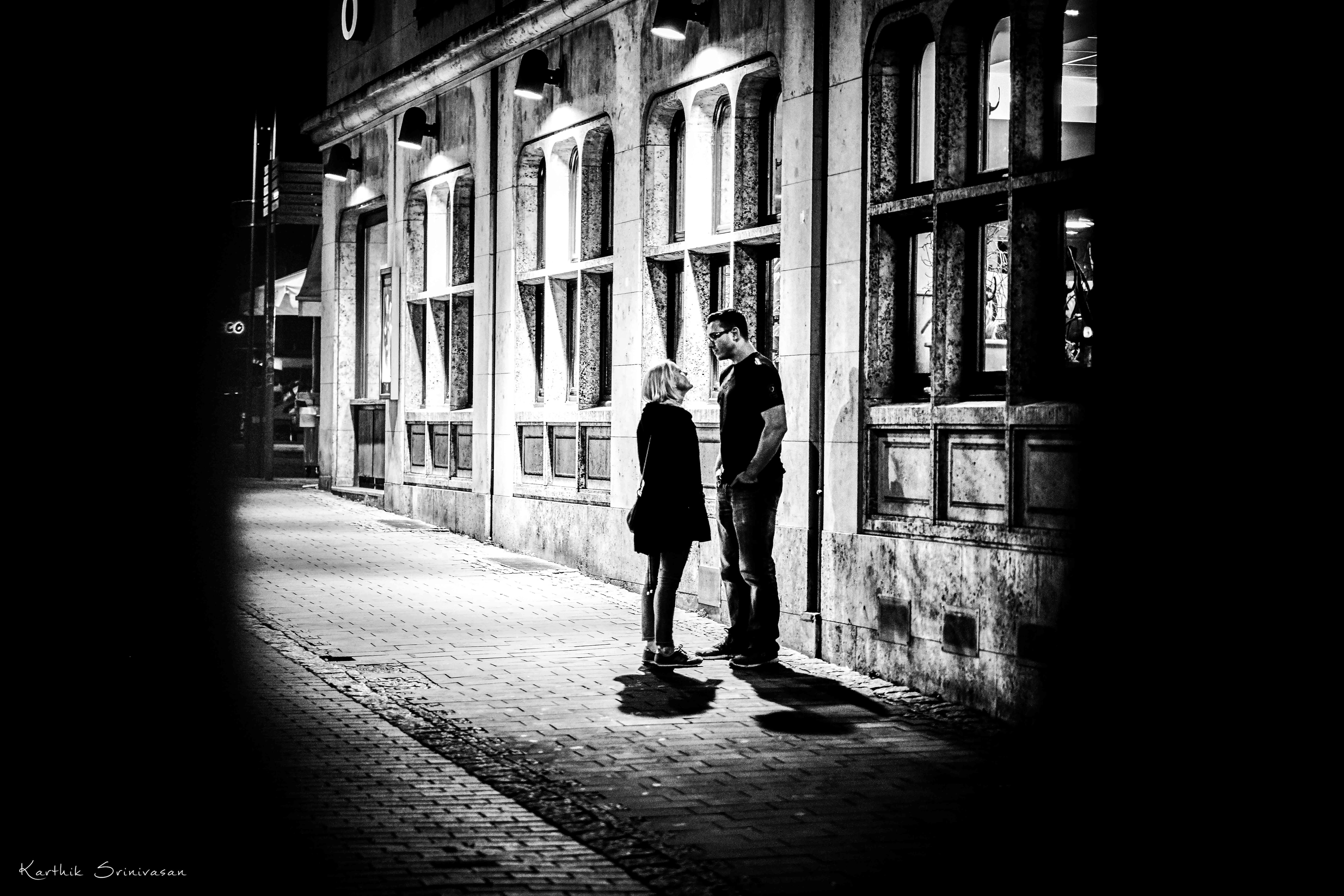 ador of Sony Alpha cameras says that the photographs are raw and have only been minimally processed. “You might even finds specks of dust in some of the frames,” he says, with a laugh. While tip-toeing around the question about his favourite picture, the advertising photographer mentions an incident at the red-light district in Amsterdam. “It was around 2 am, when I came across a man who was asleep on a bench. He was trying to cover himself up with whatever little clothing he had. It felt like I was looking into someone’s life without being intrusive. His story became mine and yet I didn’t know him.” While Karthik has a packed calendar ahead of him, he also looks forward to presenting this series in other cities.