Nagasamy Ramachandran’s mixed-media collages frame quaint street views of Chennai
in timeworn traditional frames to create an ambiguously “urban” visual archive. The artist, who lives and works in the city, is well-known for his montages, which tend to convey a sense of inescapable chaos, despite his methodical approach to create works of chiselled accuracy, being rooted in methods of symmetry and mathematical precision. 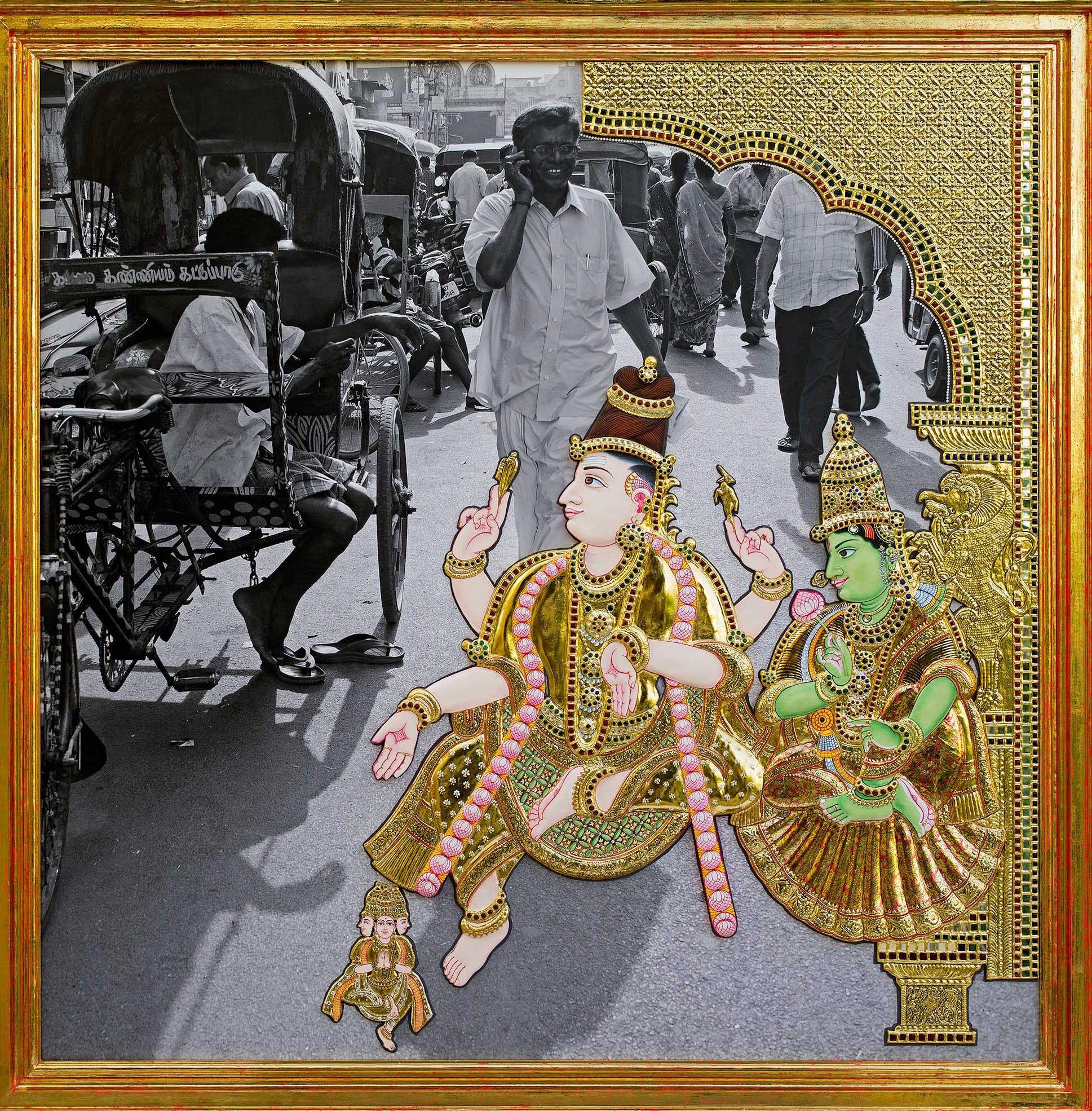 The Urbanist’s World brings together a selection of new and older works by Ramachandran, who hails from Paramakudi town, in Ramanathapuram district of Tamil Nadu, and studied at the Government College of Fine Arts, in 1999, before moving to the Chennai Museum Laboratory in 2005. The result is telling, as the effect of his works is like that of contact sheets of photographic negatives, like compiled evidence, laid out for inspection on the tables of a forensic lab. Even so, the artist retains a definite scientific manner in creating his artworks.

He acknowledges the influences of SH Raza, and ev en of Mark Rothko, though his collages tend to belie an inherent sense of mayhem, clutter and confusion. His cautiously mapped-out frames are, in essence, meant to reflect a constant state of bedlam, offers the artist. “I feel there is a sense of structure in chaos, and I take inspiration from all that is around me,” he says, launching into a philippic to reveal modern life the way he sees it. His predilection for balance and proportion ultimately offer the benign manner of calm that is expected of a work of art.

The Urbanist’s World is on display till February 20 at Apparao Galleries. Details:apparaogalleries.com