As lovely as they are, for most kids, vacations always arrive with a bunch of boring and mandatory classes. “The last thing I want is for my workshop to become one of those dreary sessions,” begins artist/curator Tanya Abraham, as she tells me about her latest project titled Art Fest.Put together under the banner of The Art Outreach Society—a city-based NGO which works towards the promotion of art among underprivileged children—the programme (for women and children only) involves workshops by popular artists from across the state. Active since 2016, TAOS has been conducting workshops across the city, while  occasionally collaborating with personalities like London-based papier mache specialist Gayathri Anand. 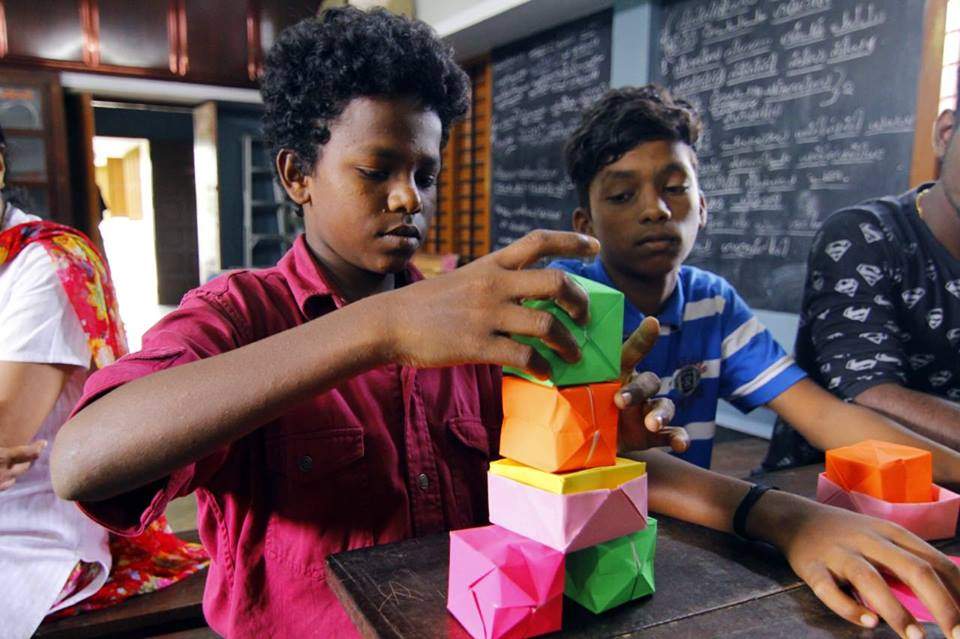 The craft collective
This time, their lineup includes veterans like Narayana Bhattathiri, the talent behind popular exhibitions such as Kachatathapa, which graphically represented Malayalam alphabets through various styles of calligraphy such as ambigram.“The idea is to create a space where everyone can come and learn multiple skills together,” shares Tanya, adding that the event is open to both children (ages seven and above) and older women. Rather than a strictly structured instruction oriented course, the day-long event is expected to be a mentoring programme designed in association with the artists. Spearheaded by seasoned craftsmen, the workshop will feature base materials like real clay instead of modelling clay. While the session on clay is led by Arjun S Sasikumar—an applied arts student from Wayanad-based Uravu Bamboo Village—the classes on origami will be helmed by Anto George who helped to build the gargantuan pappani figure at the 2017 Fort Kochi Beach Carnival in association with the Kochi Muziris Biennale. “I  am hoping that this event would help us strike the right balance between summer time fun and learning new skills while contributing to a worthy cause,” says Tanya signing off.

On May 6. From 10 am to 3 pm.
At Cochin Yacht Club.
Entry fee  `750
Details: facebook.com/theartoutreachsociety