For this millennial, being an artiste is as important as staying alive. With shows at over 400 venues around 20 countries and six continents, Alok Vaid-Menon is a force to be reckoned with. A non-conformist to the core, Alok’s decade-long career as a writer/entertainer, dotted with occasional associations with MTV, HBO and TEDx, has been an inspiration to many in these times of rampant violence directed at the queer population. It is Dark Matter—an artistic collaboration with poet Janani Balasubramanian which focussed on spoken word performances centred around queer of colour—that brought them to the limelight. But, the multi-disciplinary artist has been performing solo since the beginning of 2017. As they gear up for an evening performance in Kochi—as part of the South Asian tour across places including Kathmandu and Mumbai— the Texas-born half Malayali is loud and clear about their views. Commenting on their association with art, Alok elaborates, “While the methods and mediums I’ve used in my performances have shifted and evolved over the years, what has remained consistent is that art is where I work through trauma and violence that I experience.” 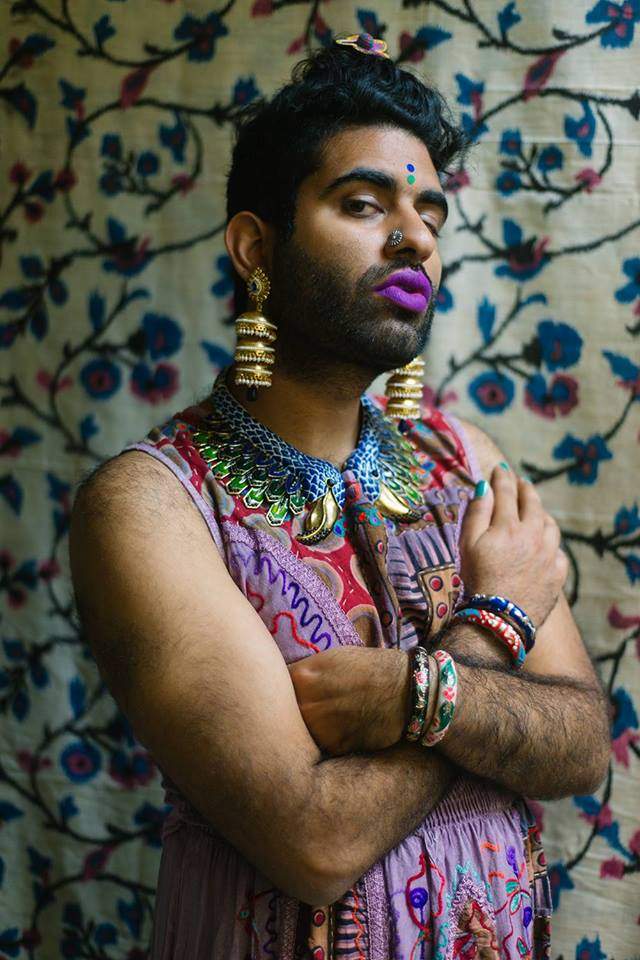 “I might be a man in a dress, but I am also a woman in pants,” reads the poetry selection from Alok’s blog entry titled Man in a Dress. At their previously popular shows in India titled Watching You/Watch Me at venues such as Delhi’s OddBird Theatre, one of the key themes involved the public perception of trans/queer person. In Kochi however, their two-hour long act will be centred on the discourses related to femininity.“Those of us who are assigned male at birth, are punished and policed for every expression of femininity that we show. I’m really interested in all of us having a more fluid relationship with gender altogether,”  clarifies the activist, who’s also the author of Femme in Public, a collection of poetry which celebrates trans femininity. Poised to be an intimate evening intertwined with their experiences so far, Alok’s poems at the will touch upon sexuality, transphobia, and harassment as well as universal themes of love, loneliness and belonging.While they have previously admitted to the media about being subjected to vulgar and downright cruel cyber bullying, the experiences of a live performance is different according to Alok.“People who come to see me already tend to be somewhat progressive around gender/sexuality issues so they appreciate what I have to say. I haven’t received much hostility or push back, but maybe that’s because people just haven’t expressed them to me!”