A perpetual admiration for tribal art and culture lies at the heart of T A Satyapal’s works. The artist, who currently helms the Kerala Lalithakala Akademi as its chairman, tells us that his oeuvre has witnessed a thematic shift from ‘societal issues’ to capturing the ‘quintessential tribal way of life’.

“As a community, we believe that being literate is the golden standard for civilised life. But, after spending many years in the ’90s interacting with 100’s of illiterate tribes from India’s central states like Chhattisgarh, home of the Bastar people, I’ve experienced how they lead sustainable lives in complete harmony with nature. Over time, after listening to their fantasies and gaining a deeper perspective about their visual sensibilities, I began to empathise with them,” shares Satyapal.

This eventually led to his first solo showcase in 12 years titled Paavakalum Paravakalum (Puppets and Birds). Featuring over 35 acrylic/oil paintings and etchings—created in earthy tones reminiscent of cave paintings—these works emanate social criticisms on the intolerant and judgemental attitude of the contemporary society.

Being a wallflower
Unlike his older exhibits (namely Floating Memories), the award-winning artist’s current portfolio represents 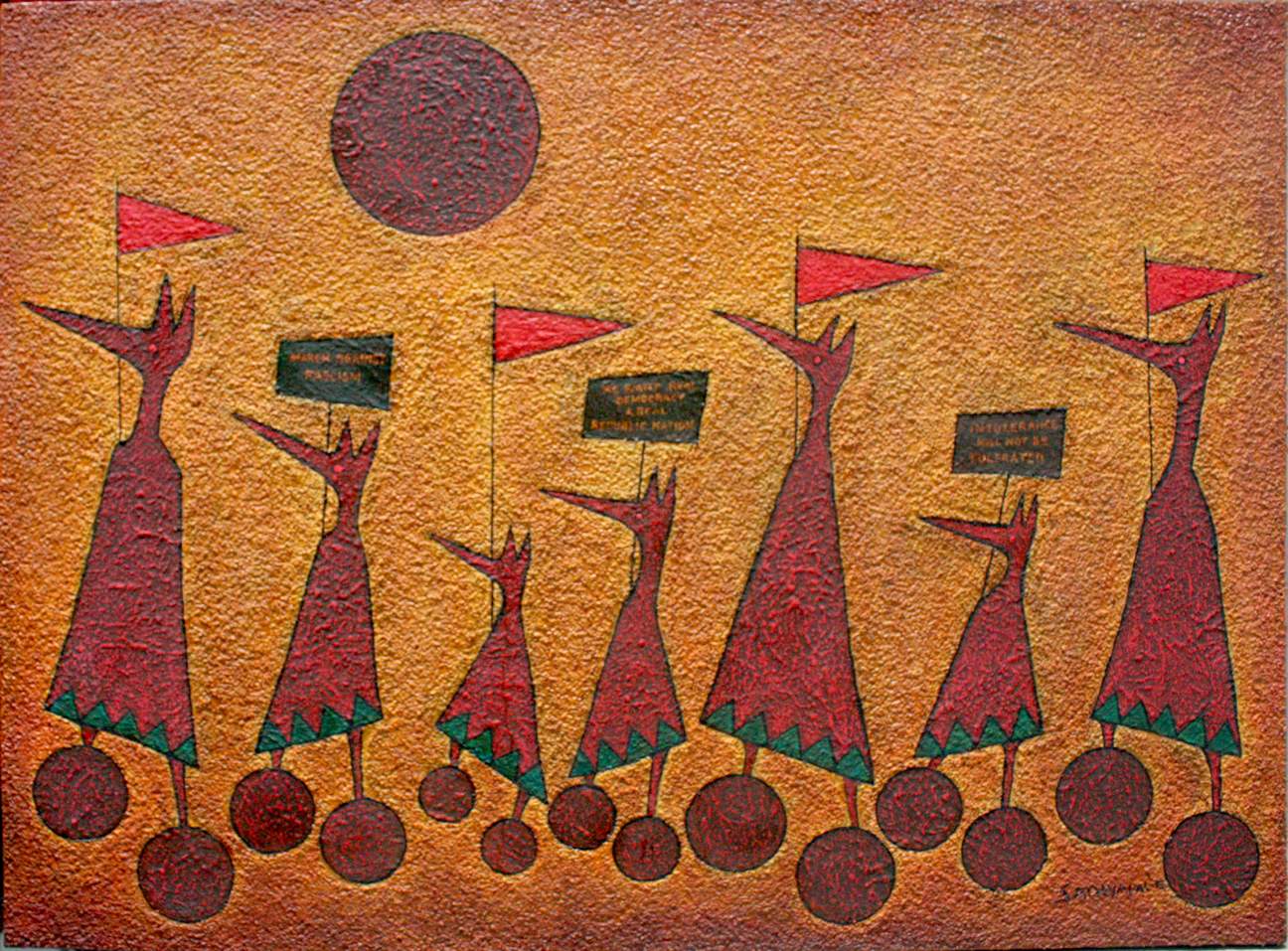 freedom (or lack thereof). He explains that some of his illustrations use puppets to depict modern citizens; some who are controlled by the unseen strings of religion and others trapped in the undercurrents of a corporate-consumer consciousness. But how do birds play into this concept?

“The Muria Gond tribe, with whom I still maintain close ties, do not fear death. They are staunch supporters of the reincarnation ideology. They believe that each person will return as a bird, a snake, or a car, etc, after death. Their cemeteries are packed with totem poles filled with such toy cars/birds celebrating each person’s passing. For them, rebirth signifies absolute freedom,” explains Satyapal.

This artist didn’t just spend time with the tribes-folk—without interfering in their lives—to recognise such novel customs. He has also made significant efforts in emancipating tribal artists via government-enabled sanctions to support their craft.