With his debut art exhibition, Sunder Ramu turns over a new leaf. Quite literally!

While there are real dry leaves rustling along the edges of the Folly at Amethyst, it is the collection of canvases and prints that captivate you at fashion photographer Sunder Ramu’s preview show of The Last Dance of the Leaves, held last Saturday. From shooting glamourous A-listers of the film industry to putting up his first art show, celebrity photographer and actor Sunder’s journey is a fascinating one. His series of 100 prints of pictures of dry leaves, occasionally juxtaposed with anonymous nudes, surprises with an offering of the real and the surreal. “I believe that leaves have an important message for all of us — live simply and die beautifully,” says the Chennai-based 40-something, who began collecting pictures of dry leaves 15 years ago when he had taken a break and backpacked across Europe for three months. “It was autumn there, I covered 12 countries, and I was going through a rough period in life — just divorced. When I saw the colourful dying leaves dancing in the air — I was reminded of a four-page book about a leaf I had read as a child. How a leaf falls down to let another grow in its place — it was a healing experience,” shares Sunder, who has been in the photography line for 25 years, and adds that Sharad Haksar was a great inspiration for his foray into art photography.

Bare with it
When asked about the women in the series, Sunder tells us that he began shooting nudes since college and it took 78 photographs of different women from across the world to create the 20-odd pieces in this show. Black, white and shadowy — his single edition masterpiece on fine archival paper looked liked an abstract expression of a flower, but on closer look, revealed meticulously overlapped (more than 100) images of nude figures. “The aesthetics and the anonymity of these figures is to keep the focus on art and its purpose here. It is also about going beyond the identity of race, colour or personality — it is about retaining the representation of the generic woman,” says Sunder, pointing at one frame where a female form lies inert in an empty back drop “like a fallen leaf —  finally resting”. He does let on that each edition  will be different — while the theme will remain leaves — the next one in Bengaluru will have male images too.

Travel talk
“I have always believed that Chennai folks are discerning and know their art — and need no incentive other than the art itself,” says Sunder, who made a conscious decision to not have any wine and cheese or such trappings for his vernissage, and has already sold 14 pieces and bagged 22 orders for commissioned work.  Besides his exquisite `2 lakh-priced single-edition coffee table book (limited edition at `5,000), which Sunder says is like an ‘art installation’, he has included five collaborative pieces — like a resin-based art piece by Roshan Kalyan and two acrylics (on canvas) by Shirin Watwani. “I plan to add local collaborations at every show along with those who I have already teamed up with. So, towards the end I hope to see an interesting range,” says the artist who created quite a stir a while back when he was working at dating 365 women in that many days for a charity cause. With plans to take this show to 20 other cities, Sunder concludes that the final show will be in Chennai again — a seven day celebration of ‘the last dance of the leaves’ literally – as he will move on to other themes after that. 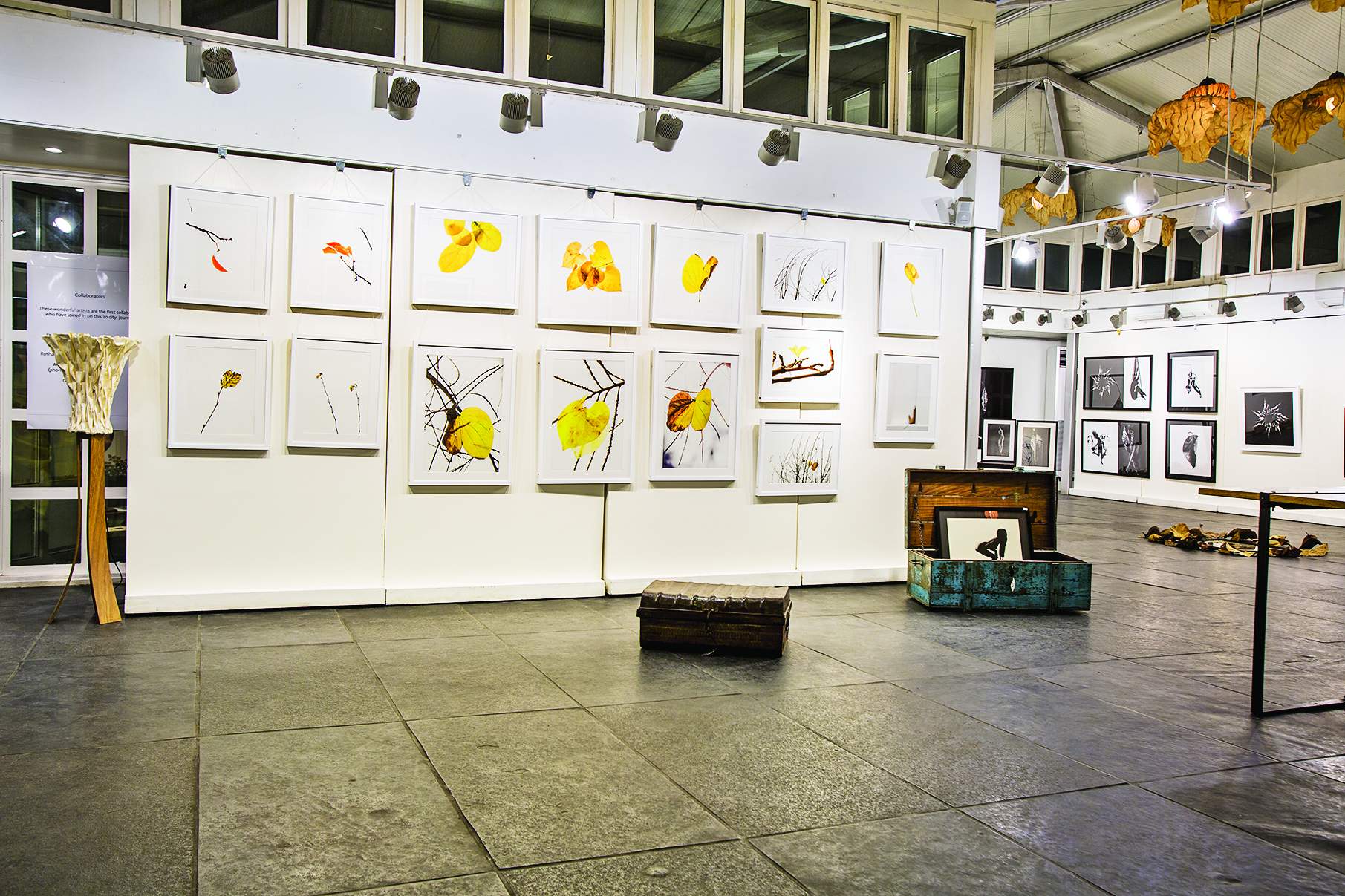