Nostalgia, especially memories of home, can evoke strong enough emotions that bring people together and enable the creation of art. Curator and artist L Candappane will have you believe that The Puducherry Canvas was put together keeping in mind a similar sentiment. The two-day show that is being hosted at Art Houz will put on display works by eight artists, all of whom are from the Union Territory, but live in the city. “We’ve known each other over the years and some of us have moved cities for work and study,” shares the 49-year-old, who has previously had a solo exhibition in Coimbatore. 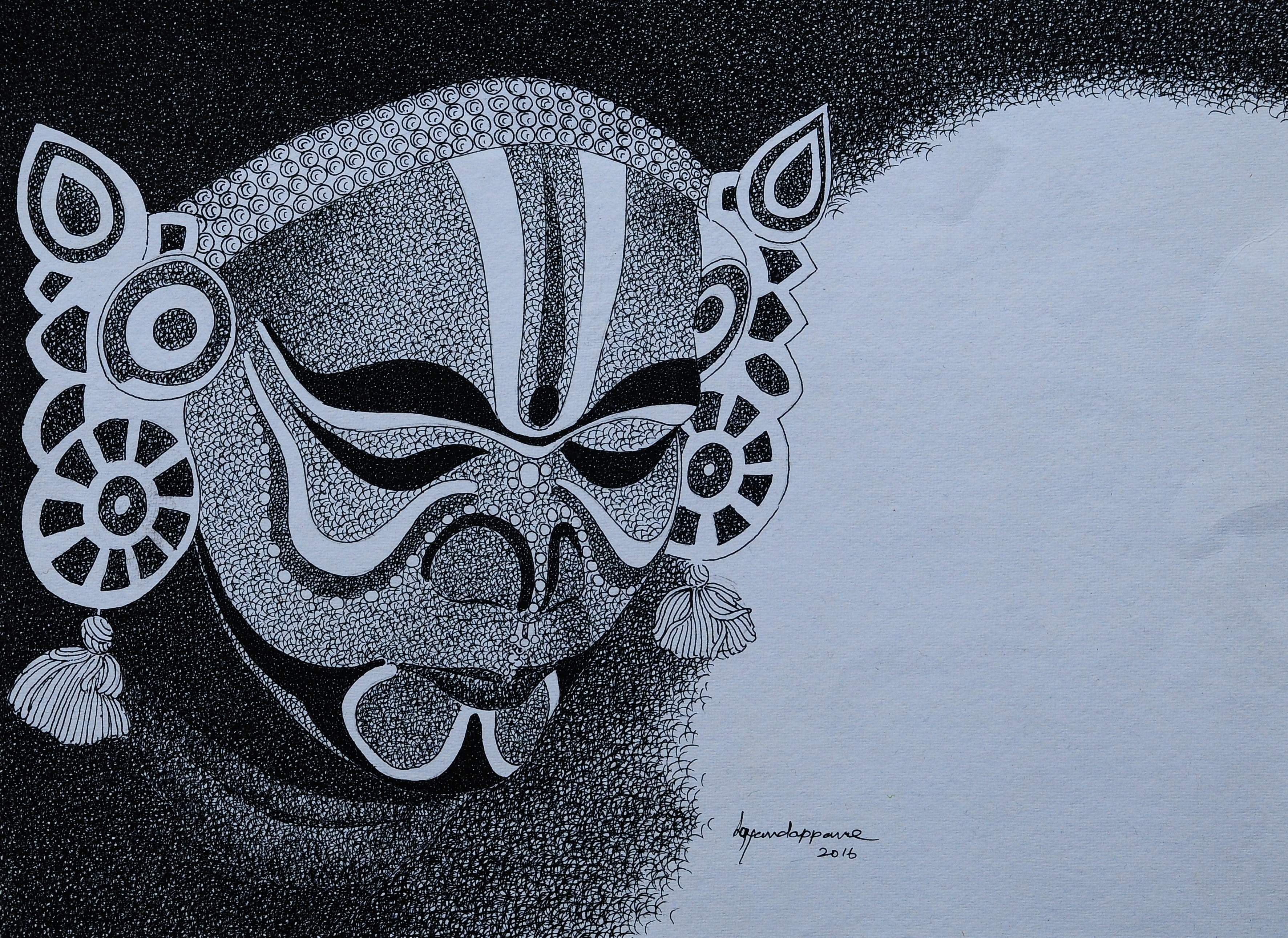 Displaying his Therukoothu series, the six drawings are part of Candappane’s experiments with pen on handmade paper. A black-and-white series, the artist says that this medium offers better depth when compared to his previous oil on canvas works. “The folk art of Therukoothu was something I was introduced to during my growing years in Puducherry. I decided to test a different medium to see if I could express my feelings better.” 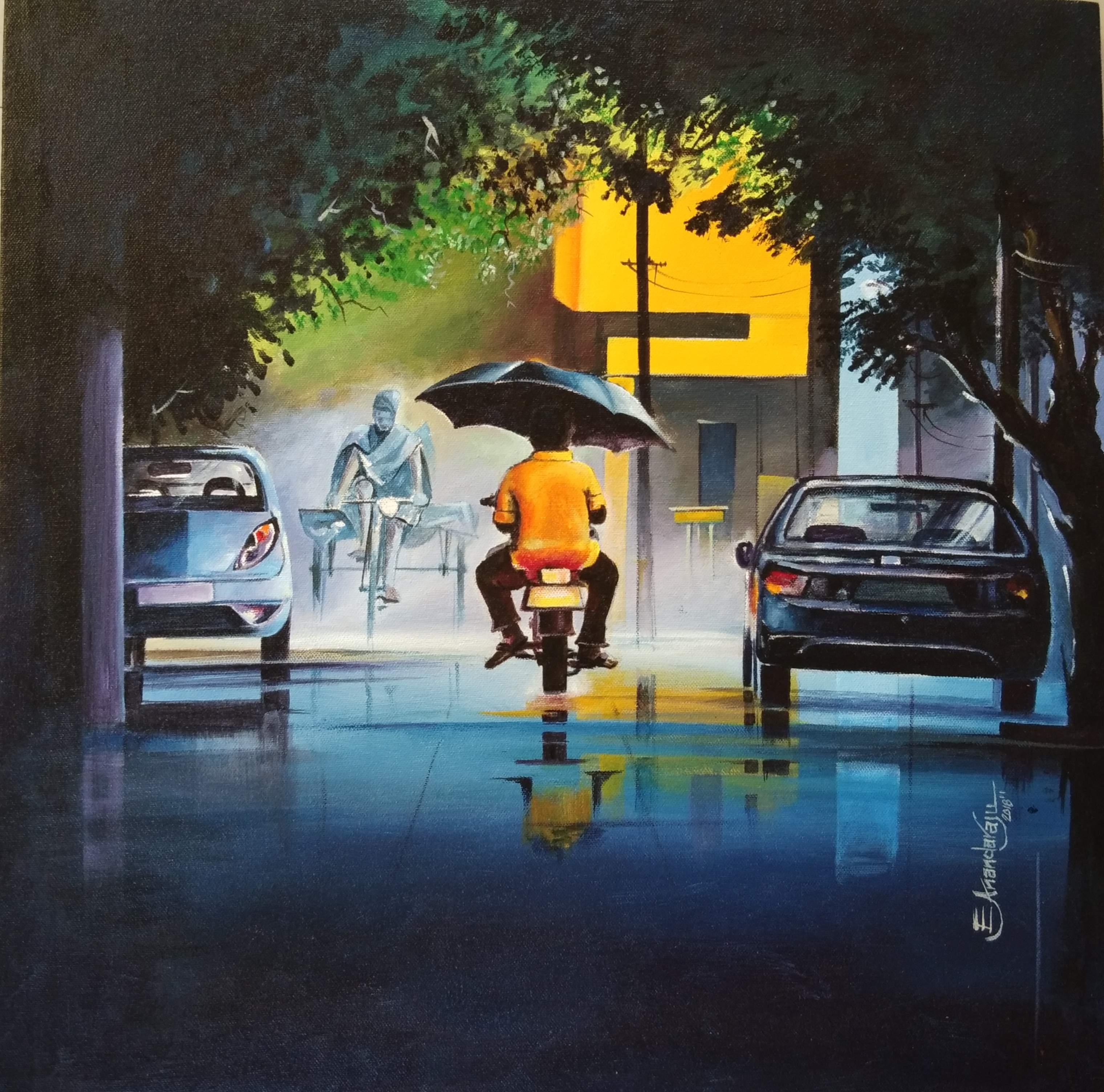 The streets of Puducherry are what inspire the paintings of Anandraju E. Using a colour palette of blue, purple and green, his collection of eight paintings of acrylic on canvas portray his native city under streetlights during the monsoons. “You see the world in a new light in the night as the rain trickles down. There is a sense of peace, of serenity...” A combination of figurative and abstract imagery, artist Krishnan A’s oil on canvas paintings depict the theme of inner conflict. “Many times, we put on a facade for the outside world, but deep inside we are filled with longing and melancholy about things from our past,” shares the 43-year-old. On his choice of varying tones of a single colour, Krishnan tells us that the palette is a visual expression of the conflict and is best portrayed in monochrome.