When it comes to making printmaking creatively sustainable, no one can quite do it like Sanat Kar. This celebrated artist is right on top of the list of painters who have made a huge contribution to Indian printmaking by developing creative solutions to make the process less expensive for artists. CIMA is now paying homage to the veteran artist by celebrating his work with a month-long retrospective exhibition of his paintings at their gallery, starting today. 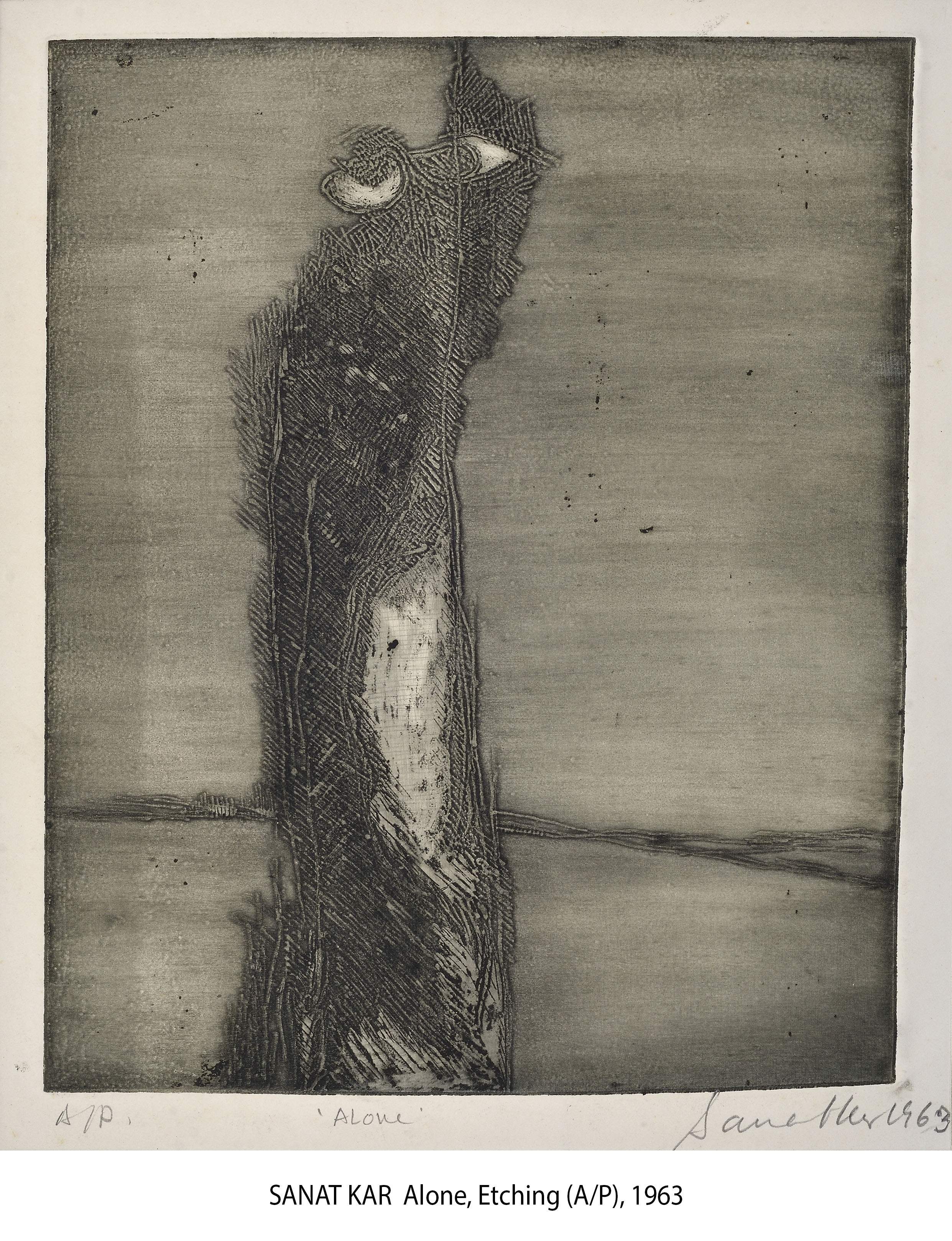 About 107 artworks of Sanat Kar, comprising print designs mostly done between 1963 and 2017, will be showcased at the show. A graduate of the Government College of Art, the 84-year-old painter and printmaker, who retired as the principal of Kala Bhavana in 1995, excelled in reflecting the profound inner torment of a modern man drowning in a sea of unfulfilled dreams. Over the years, his strange figurations, a few of them with geometric and reductionist tendencies, became a recurrent theme for displaying the inner emptiness of man, and earned him critical acclaim. 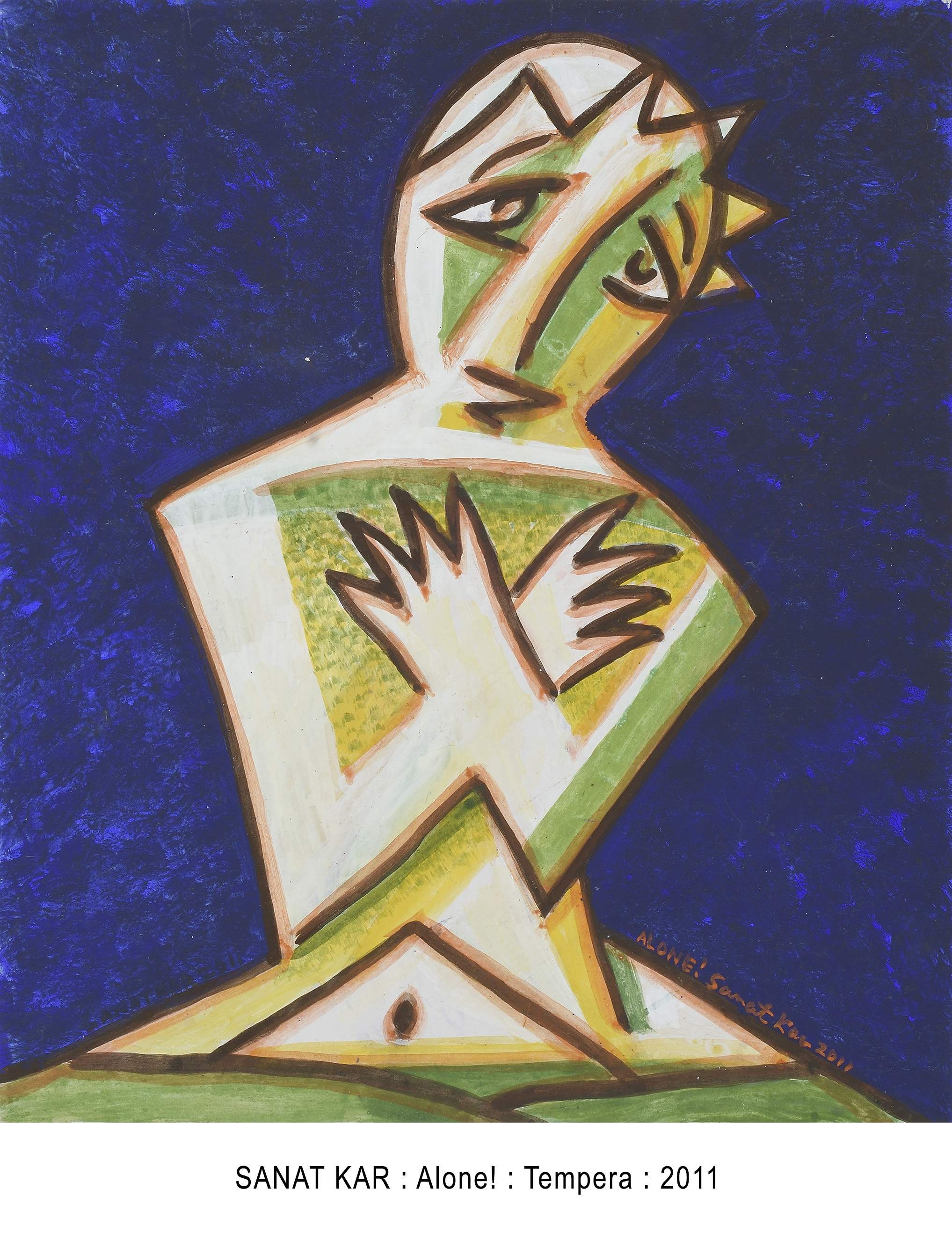 “Printmaking, which had its roots in the Sumerian cave paintings, originated in China after paper was invented around AD 105. It had a profound impact on artists across the globe. But metal plates used for intaglio printing became too expensive. So, Sanat Kar came up with innovative solutions that went a long way to make it affordable for him to experiment with this art form,” explains Rakhi Sarkar, director of CIMA Gallery. 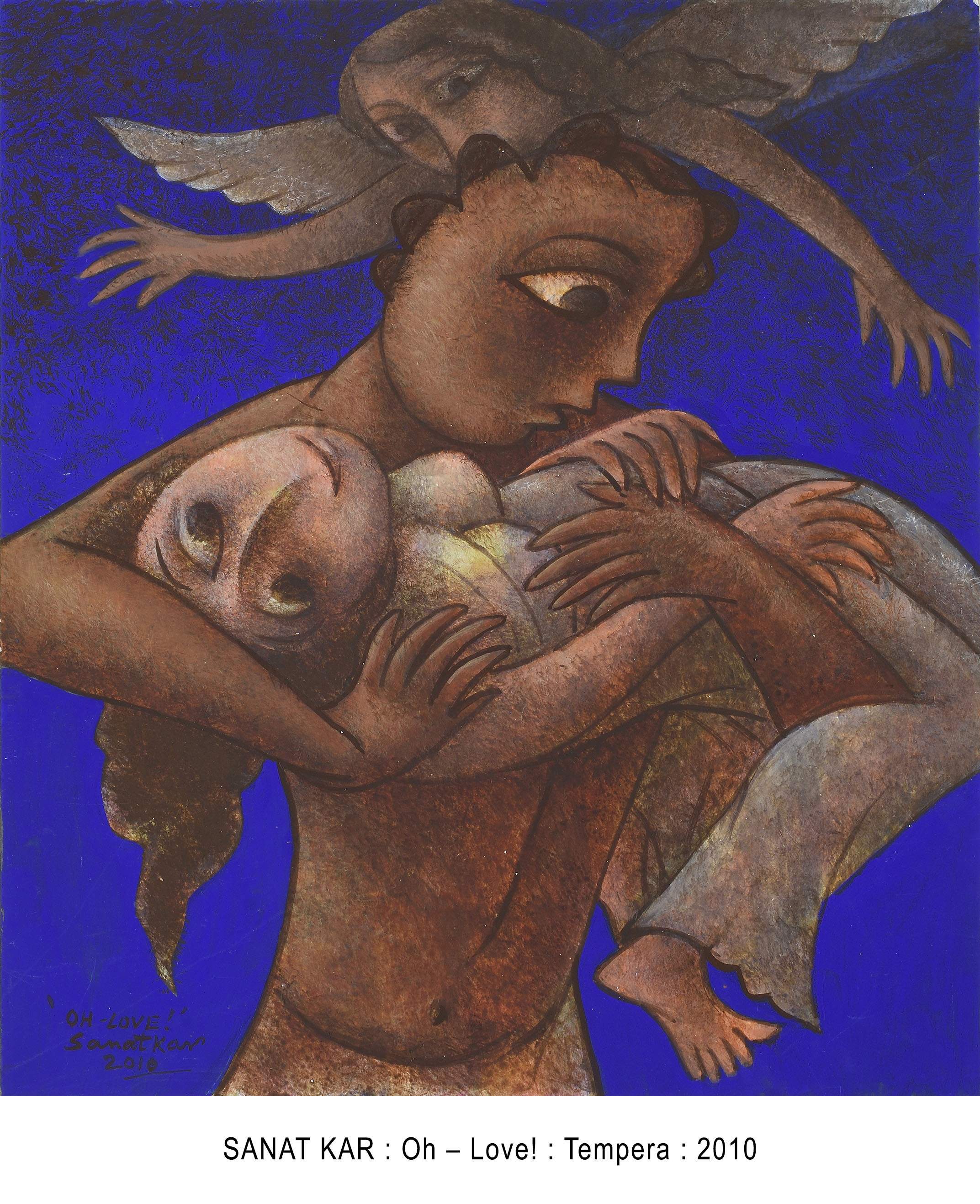 Kar used wood blocks as a substitute and even tried out other experiments with plastic sheets, sunmica and cardboard. Kar also introduced another interesting innovation, when he used letterpress ink instead of linseed-based inks and reducer based inks — the traditional medium for colour in printmaking, both of which are way more expensive, explains Rakhi. Sanat Kar’s graphic prints have a quiet yet resonant power to them. The focal point in his imagery is the human eye, expressing fear, doubt, desolation and wonder, and in many ways, the works reflect or resemble prehistoric cave paintings. 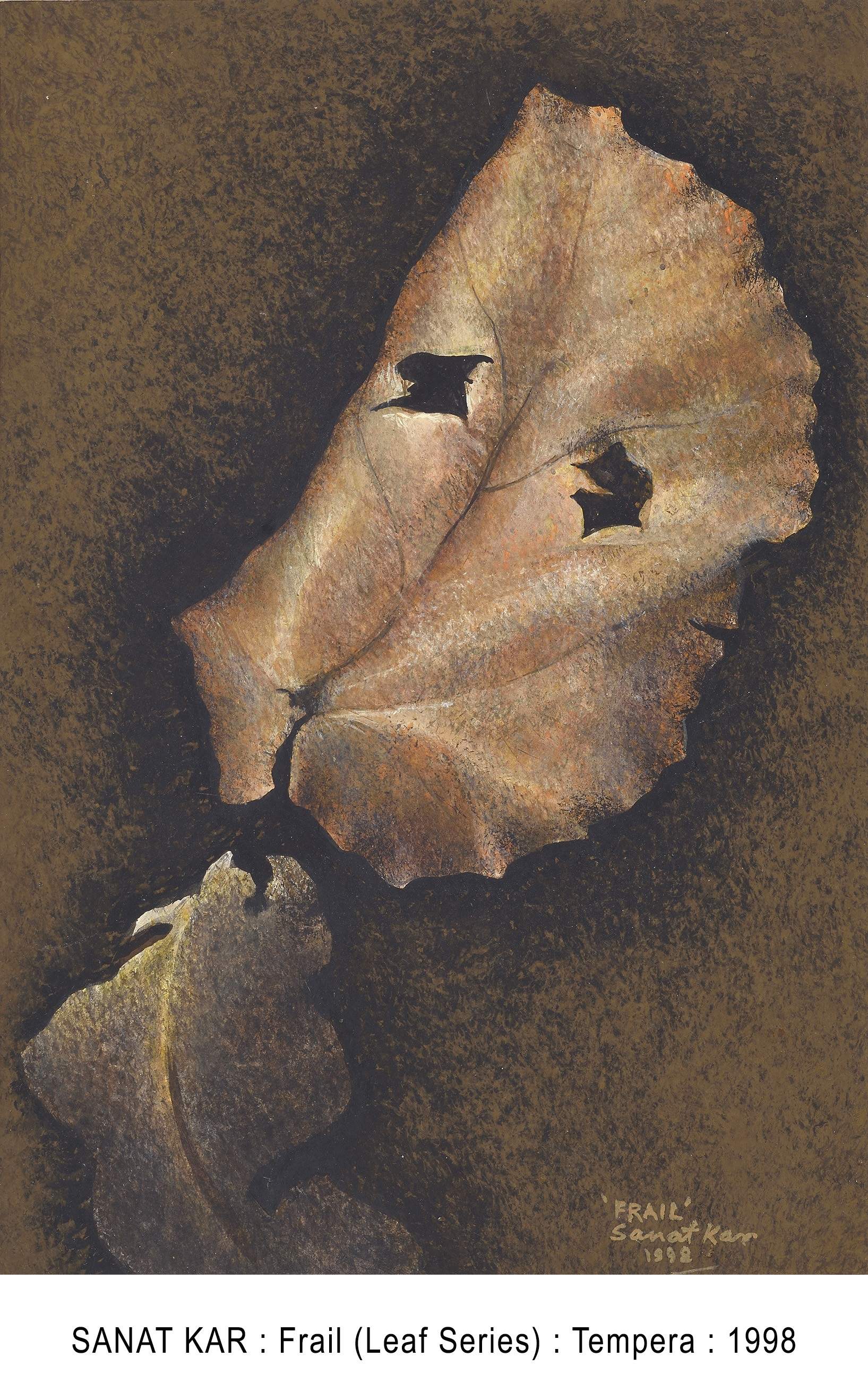 The connection between dark caves and printmaking is palpably evident in Sanat Kar’s work, with textured surfaces giving many of his artworks a feel of rough stone. “This was perhaps because when he first got the job of a school teacher at a remote village in Bihar, Kar lived with two of his colleagues, in a tiny cave of a room with no view. There was a lantern for light and the three men used to light a fire in front of the door to ward off wild animals,” says Rakhi. 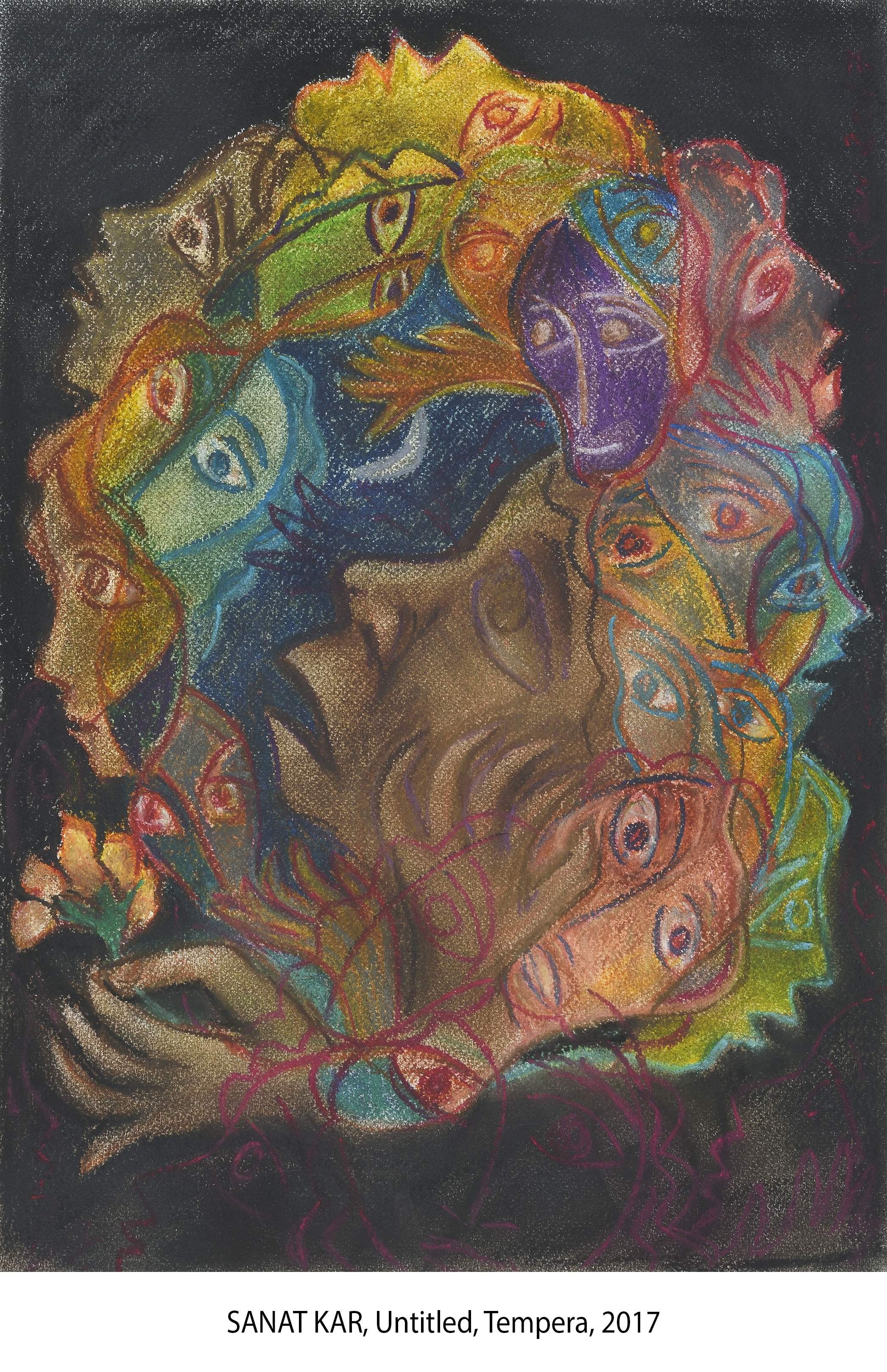