Akar Prakar hosts For Noah (from my album), an exhibition of the latest works by Prithpal S Ladi

Akar Prakar is hosting an exhibition of eminent sculptor Prithpal S Ladi’s most recent metal works, at its Kolkata branch, this entire month. The exhibition, titled For Noah (from my album), will showcase 14 works made by Ladi between 2018 and 2019.

Born in Shillong, and educated in Baroda, Prithpal Singh Ladi was instrumental in changing the face of the Indian sculpture, with his works post 1980s. The son of a jeweller, he uses bronze alloy to create sculptures which seem almost like jewellery for all their delicate intricacy, but it is still full of wit and humour, and has some underlying messages too, for those who can undertstand. 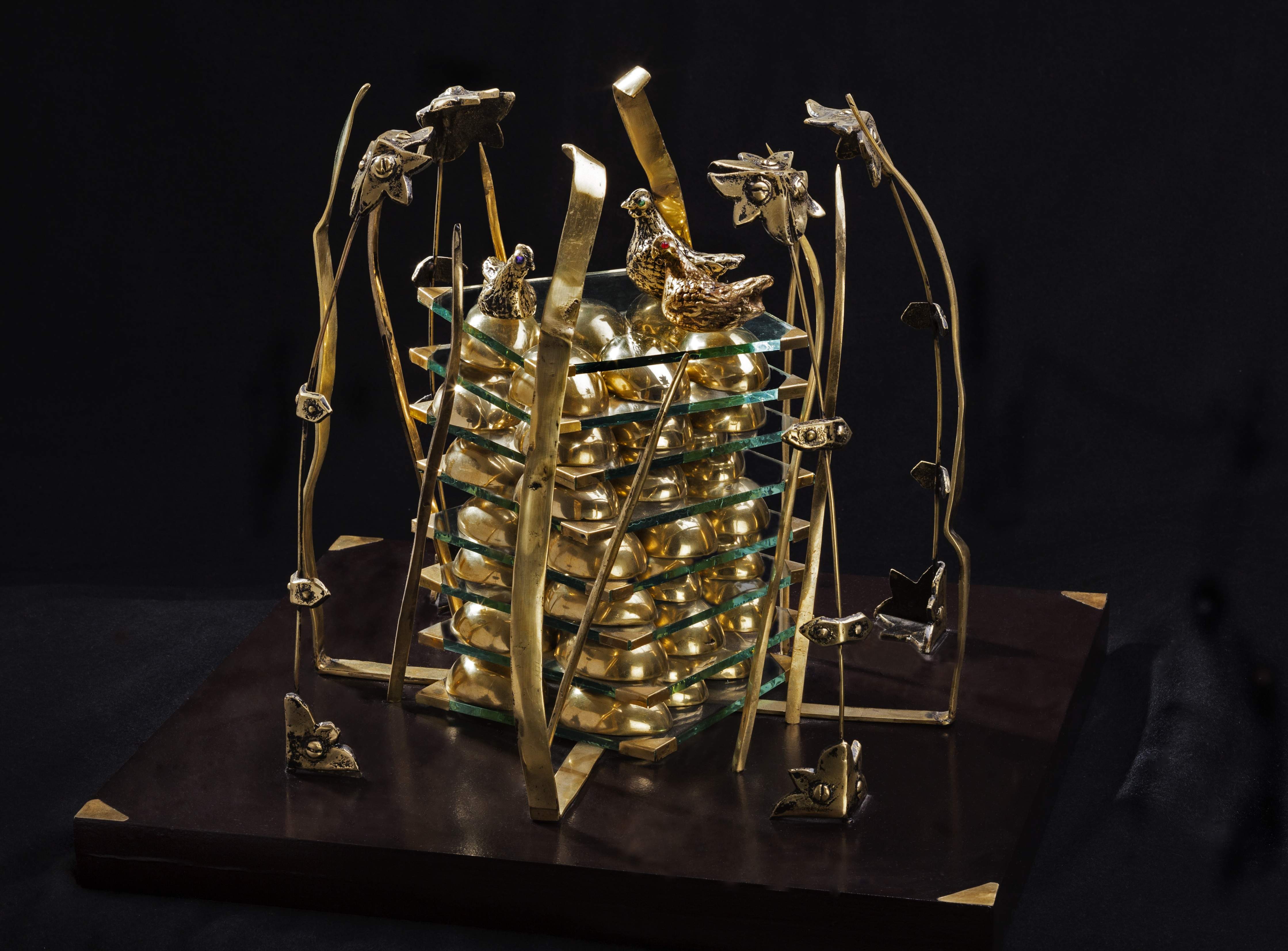 The collection For Noah (from my album) features works that are centred on the biblical myth of Noah’s Ark, according to which, Noah saved and preserved the human race, and a pair of creatures from the animal kingdom, from a devastating flood which is believed to have threatened the existence of life on earth.

“In the present series, like much of his previous works, Ladi has taken up the myth of Noah’s Ark. The image of the fragile cardboard shelter of a boat, with a vacuum inside, holding teeming hapless living kids of speechless animals at once establishes the narratives as non-descriptive allegories, wherein what happens on the surface is less important than what is being allegorised,” says Pranabranjan Ray.

“Ladi’s work can be better interpreted if looked at with insight- as it concerns the deceitful human pretence of saving flora and fauna from the deluge, and the futility of it all,” he adds. 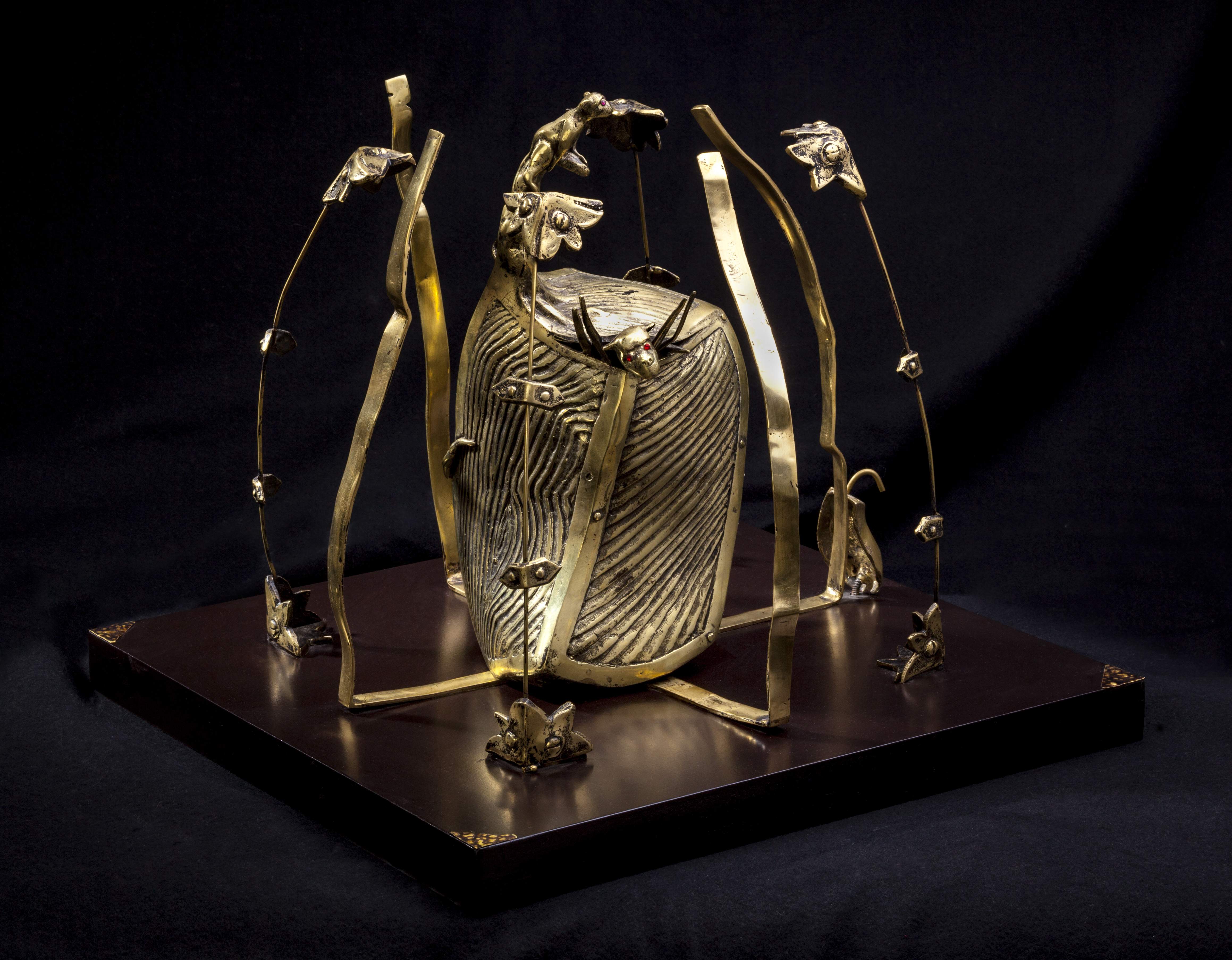 You will find a series of works, with animals and insects, where a majority of them are in a box or a carton, where they have been kept, till the storm subsides. A singular piece also imitates the flood scene, as the waves and ripples have been recreated in the metal cast.

There are other works, like the one which plays on the famous paradoxical question- whether the egg came first or the chicken. He uses a series of half-egg structures piled upon each other with glass slides in between and couple of chickens on the top, which have colourful eyes made of precious and semi-precious stones. 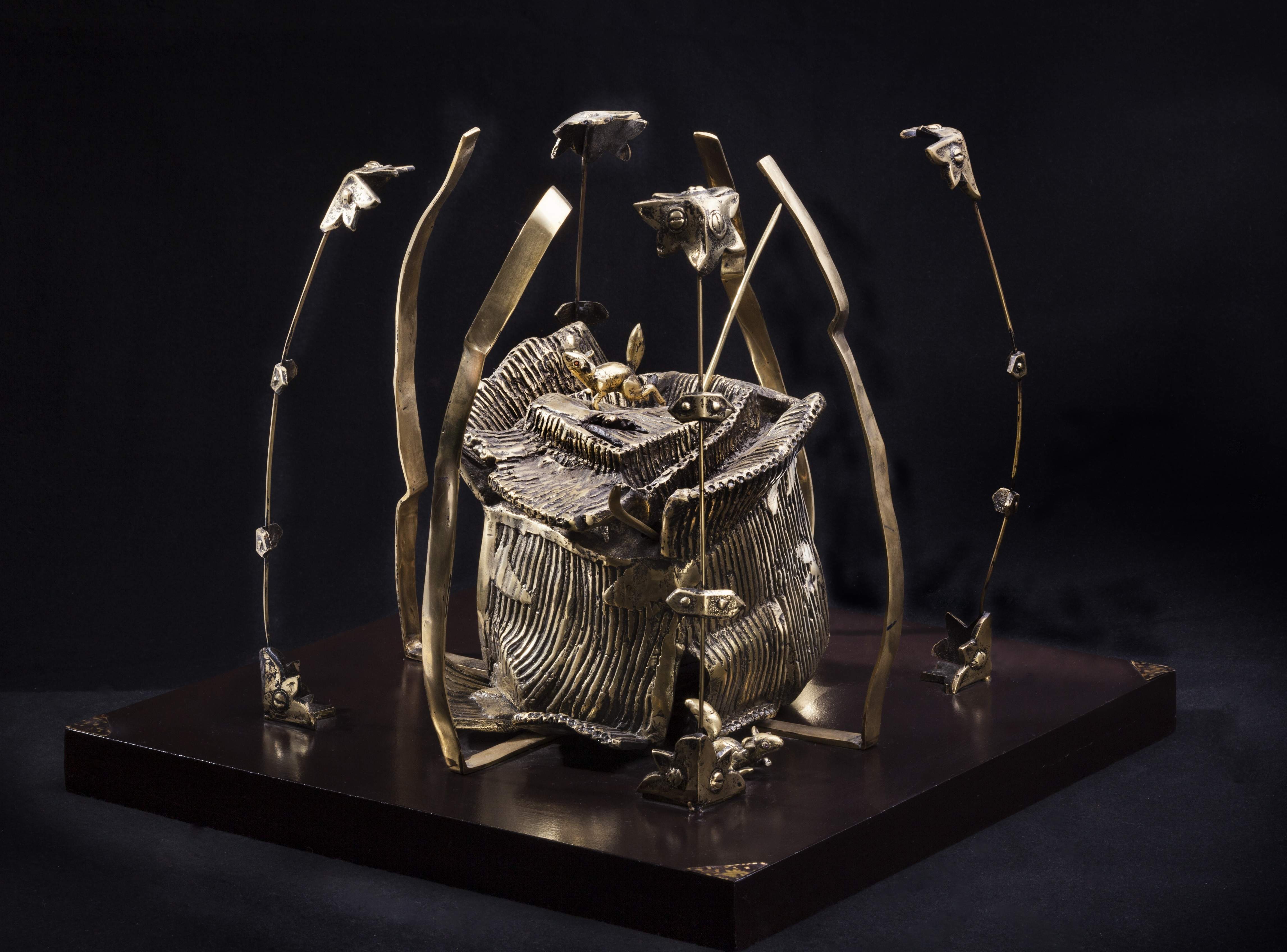 If there is a box with nails, containing a tough, thick-skinned rhino, there are others, where a lioness is seen to be peeping out from a box and the place where her tail is showing forth- is the place where a patch resembling the map of India lies- with the tail coming out, right from the point where Delhi is located on the map.

But his works are interactive too, instead of being static- as he allows the owner of the piece to try out different variations of animals, in each box- because the animal heads are structured separately on pieces of metal, which can be stored like a pen in pen holder. 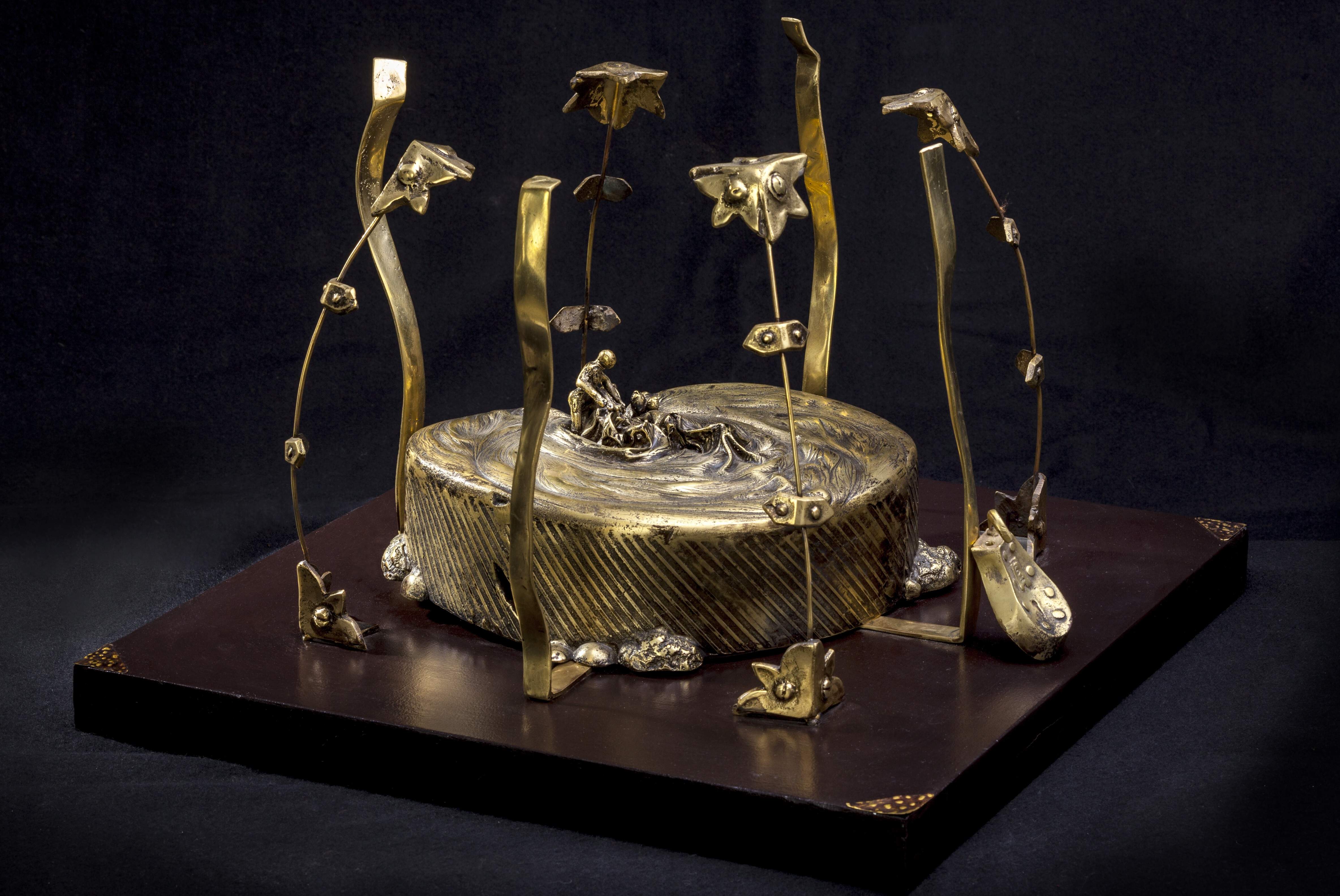 Another magnificent piece has a half-eaten piece of pumpkin, which is being carried away by 40/50 ants, as their ration. He doesn’t leave the amphibian world behind- as he creates a unique work, with carton, inside a carton and the smallest of them, holding water, with little fishes in them.

For Noah, is an ongoing series- which will have further additions from the insect world, and the aerial and amphibian world.