“Comics have achieved popularity because of Instagram. There’s a lot of exposure and visibility for the content and thanks to the user interface and hashtags, you can find the right group of people to aim the content at,” says Siddarth, a native of Cherpulasseri in Palakkad. “Sometimes, I do think of an idea which would look great in a ‘swipe’ format suitable for the social media website. It’s easier to deliver the punchline that way,” he adds.

Arriving here
Siddarth discovered his love for the form during school competitions but took his time to evolve his art.

“I started making comics for fun in 2013; mostly poorly-drawn, lame strips, which I’d send to friends and they’d wish they rather got hit by a truck,” jokes the 27-year-old.

“Now, I like working on comics that leave an impact; ones which make you question or at least make you do a self-evaluation. If at least one person gets the idea, and if it brings about a change in him, I’d say my purpose as an artist is fulfilled.”

Comic relief
Despite moving to Saudi Arabia to work as a sales engineer for sustenance, this youngster has created multiple series of works on the state of affairs in his home country, namely, The Sakht Bhakt and
The New Adventures of Captain Momo, both of which are political satires; Chaya and Kadi, a take on our misogynistic and patriarchal society; The Inner Child, which includes conversations with the child within us and the latest, Not So Long Ago, a look into mental health and independent music.

The artist is currently working to bring out his The Inner Child series as books by end of the year. 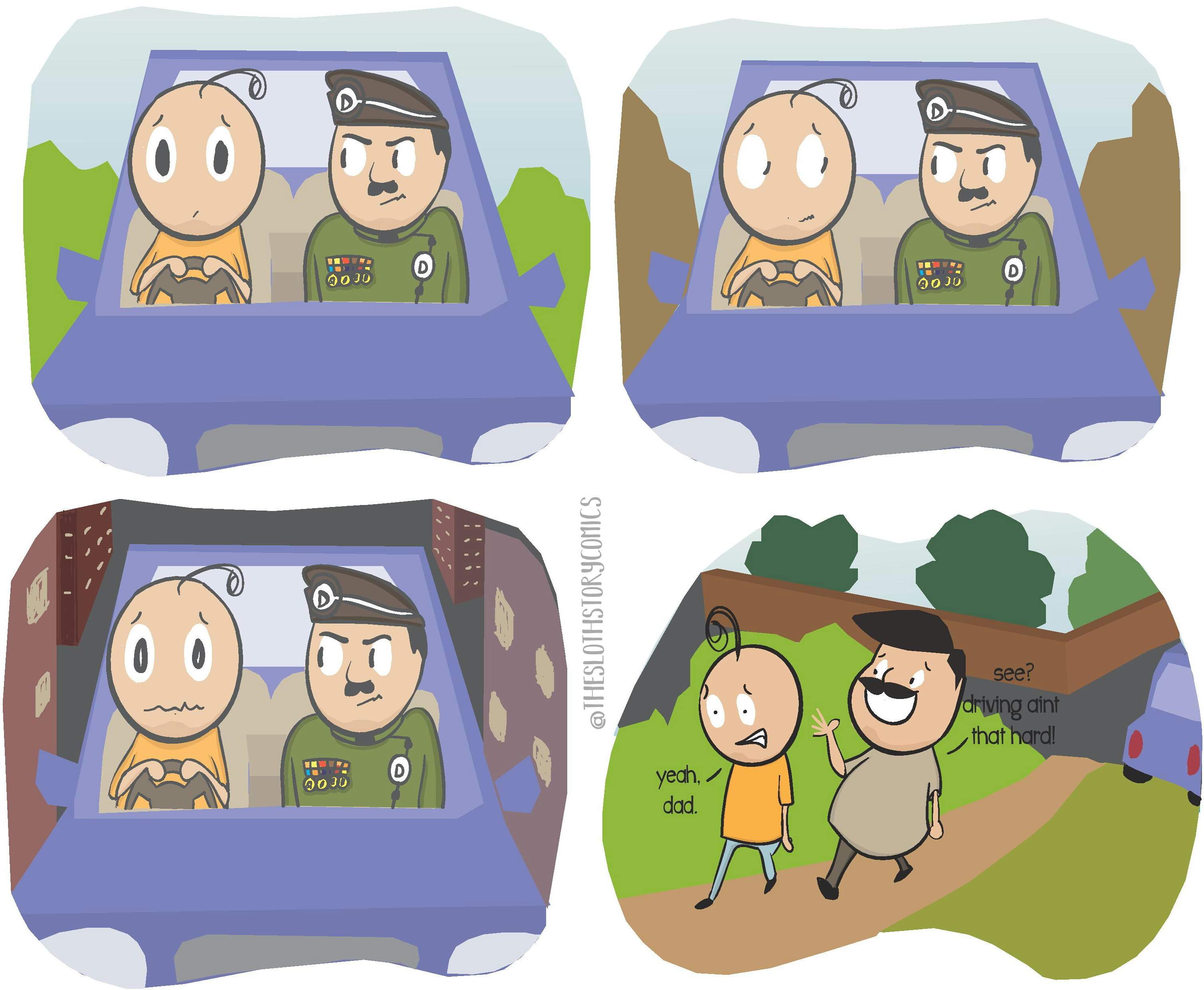