Art and artist are each other’s vessel. Together they may speak ideas, paint a reality or tell stories from the past. If you ask Suneesh S S about what inspires him to draw, he would point to the world around us. His ongoing exhibition Kaigali—a collection of nearly 20 drawings across multiple mediums—urges viewers to look back into the basics of life. “I grew up watching people farm, catching fish from a pond and collecting mussels from the paddy field when it rains. This special relationship that man shares with animals and the soil is what sustains us. I try to convey that in my art,” says the 29-year-old painter. A graduate from the College of Fine Arts, Thrissur, Suneesh’s creations have won many accolades over the years, including a Lalitha Kala Akademi award in 2018. His work has been featured in multiple destinations across the country and abroad, including Mumbai, Kolkata and Ras al Khaimah. 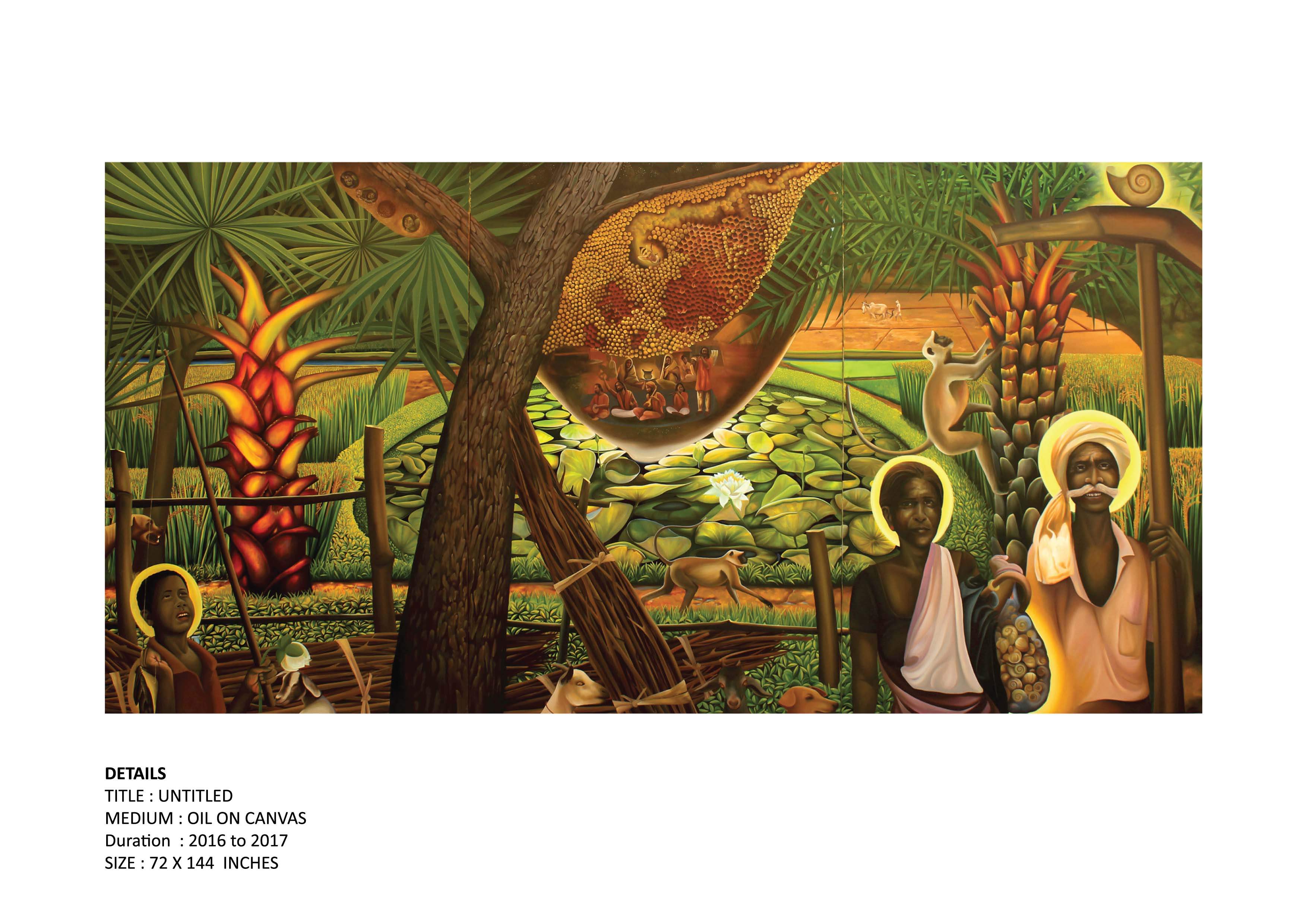 Ways of the world
Coming from a family of carpenters, Suneesh’s craft of depicting complicated contexts through detailed lines is the highlight of his art. Having done his post-graduation from Santhinikethan in West Bengal,
he was also familiarised with the farming population there that lives very close to the forest. “I would spend a lot of time talking to them, sketching and learning about their lives. Baul music influenced me around the time too, and clusters of singers became a big part of the drawings I made,” he adds. He likes to call his work a visual diary—one that comprises randomised elements which gradually shape up into a whole frame. “I don’t believe in making complicated art. My viewers may be city-dwellers, but I want them to see and appreciate farmers who make the grains they eat,” he adds. Suneesh has managed to fit eco-systems into each piece that only reveal themselves when you observe closely—humans surrounded by trees, lakes, and even monkeys stealing the produce. He has created a woodcut of one such frame that took him almost a year and a half to finish. Other artworks are done with oil and charcoal on canvas.

At Pachamama Art Café.
Till October 22.