A new art show attempts to bring forth the underlying themes of Theyyam, the ritual form of worship

Kerala or God's Own Country continues to attract people with not only its scenic beauty but also its vibrant cultural landscape. Among the traditions that are popular from the region, there’s Theyyam, the ritual form of worship. While many artists have tried to capture the essence of this colourful tradition, Dhanaraj Keezhara hosts his new show, Wounded Souls: A Contemporary Myth of Being, where he presents his perspective on Theyyam. 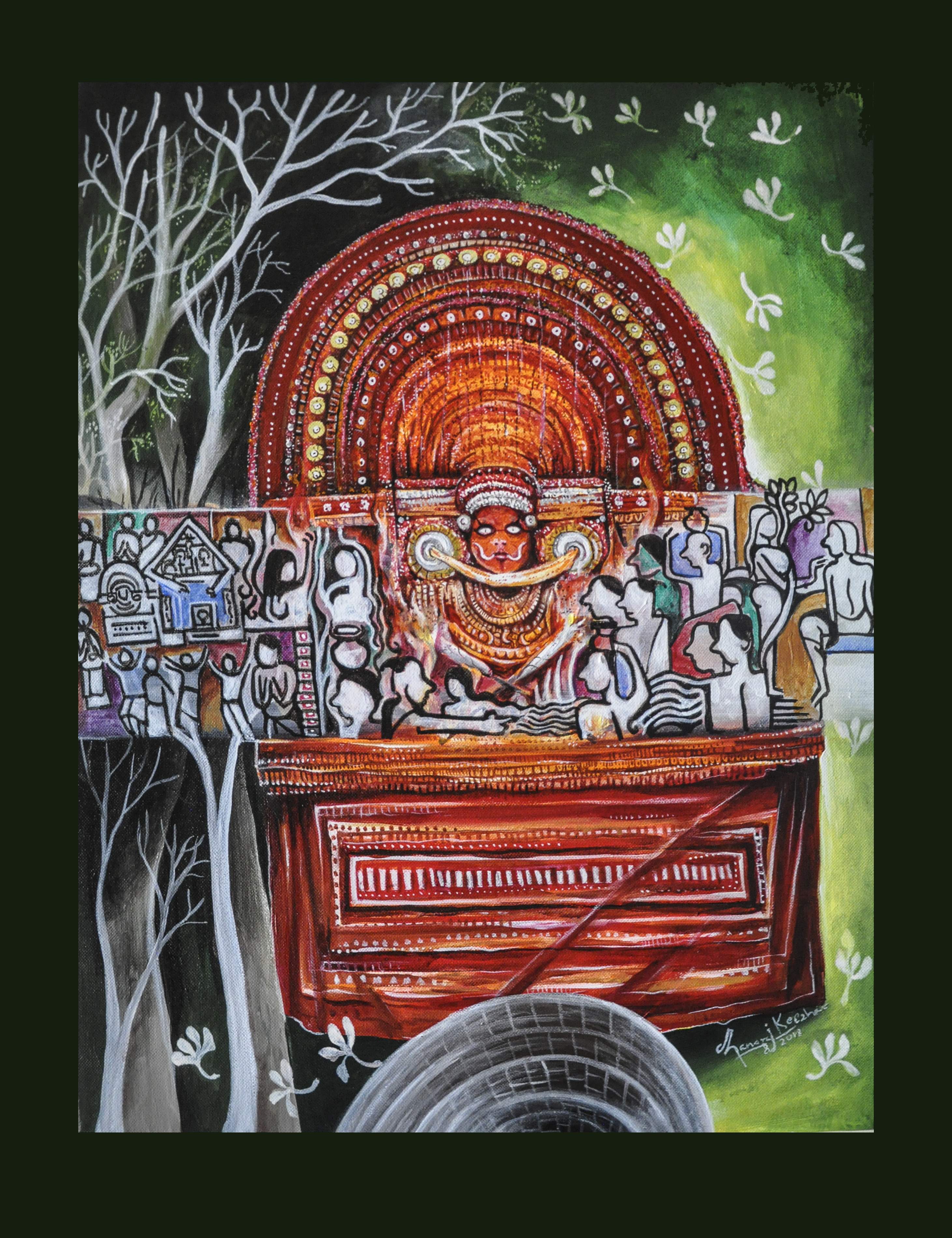 Through 44 different paintings, Dhanaraj not only captures the ritual, he also brings to the fore the lives of people and communities who are keeping the tradition alive. “Theyyam is an exhaustive art form. It includes themes of resistance against casteism and untouchability, it explores women’s empowerment, protection of ecology, music and human imagination, it also looks at equality, history and human lineage. I am attempting to understand the idea of the marginalised and every day displacement of people,” explains the artist.

While Dhanaraj has used colourful oil paints for most of the pieces, there’s one painting that stands out because of its sepia tone. The artist has used a mix of extracted colours from cow dung, charcoal, tea and oil paint on handmade paper. Talking about what he wants people to take away from the show he says, “I hope visitors will question their own sense of belonging in this world.”