To be frank it was the fourth recitation by the maverick poet and lyricist Javed Akhtar that entranced us. Before reading out the popular poem by Tagore with complete poise and fluency in Hindi, Akhtar pointed out that we are creating psychological chaos in our society. “It’s alright to be sad,” he says with everybody’s undivided attention. “And it’s completely all right to cry. We don’t need to show the world that we are not affected by anything. We don’t need to wear the facade. We are creating psychological chaos in the society,” he avers before reciting with a deep sense of melancholy, ‘Tum Yaad Raho, Tumhe Mai Yaad Rahu… The recitation was part of Prabha Khaitan Foundation’s 500th lit event celebrations at Taj Bengal. To celebrate this momentous achievement, a soulful session saw Javed Akhtar recite select poems translated by the lyricist himself in the company of filmmaker Sangeeta Dutta. The duo has worked together to translate Tagore’s poems in Hindi and brought it together in an album named Anant. While Akhtar in his honey-laced voice recited the lines, Sangeeta sang it to the delight of the audience. Keeping the Hindi translation of the song in the same sonic scale as the original, was a challenge confessed a genial Akhtar who also informed the audience about compiling his grandfather’s poems into five volumes, weighing eight kilos. 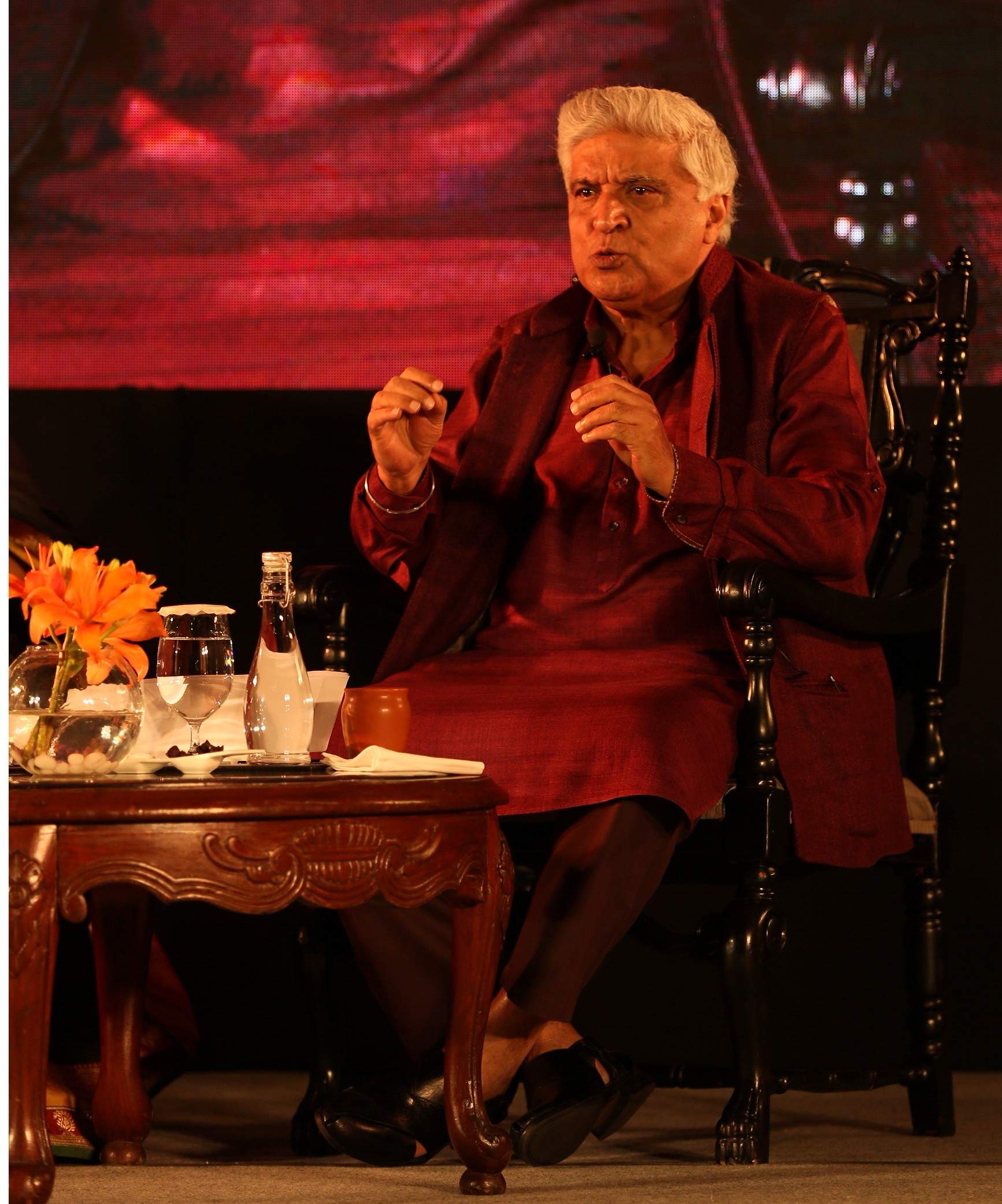 Taking us through his discovery of his grandfather’s manuscripts, consisting around 200 gazals, by chance, the poet also read out some gazals from it. He also presented the paperback edition of the book to the Ehsaas Women team of the organisation.

Commenting on the landmark event, Sandeep Bhutoria, Managing Trustee of Prabha Khaitan Foundation said, “The foundation aims to promote, recognize, and reward talent in art, culture and literature, folk music, dance, visual arts and so on. The foundation creates cultural capital through its events and activities.”

The foundation is known to have created a variety of marquee events like An Author’s Afternoon, Write Circle, Kalam, Aakhar, Lafz, Ek Mulakat, Sur aur Saaz, Kitaab and Chalchitra.