Scissor + pen + anything found in the house is probably the most simple 'material requirement' one can find in a poster for an art workshop. Kottayam-based illustrator Leeza John, the artist selected from India to lead Rivers of The World — an international art and education project by the Thames Festival Trust and the British Council says that she conceptualised the art workshops for the project with one key rule in mind, minimise — to minimise drawing on paper, to minimise expensive materials and to definitely use daily-life objects.

Conducted since 2005, Rivers of The World involves schools from three new countries every year and partners them with schools in the UK. The two-year program allows students to work with local artists and designers to create beautiful river-inspired artworks for public displays in exhibitions around the world. While the first year focuses on their local rivers, in the second year, it shifts to their partner school's local rivers, thereby helping students to learn about new cultures and increase their general awareness of the world.

"Luckily for me, one of the places that the programme chose this year was Thiruvananthapuram (Kerala) and they wanted a local artist who could communicate in Malayalam. I had recently quit my job as an architect to venture out and do something new and exciting, hence the timing was perfect. The programme was a great blend of my various interests so I immediately applied and fortunately got selected," says the 28-year-old artist, who hails from Thenpuzha.

Talking further about her role as the local artist chosen to develop and conduct workshops for middle school children in Thiruvananthapuram, Leeza says "It was not about teaching them facts about the rivers but was about using art as a creative outlet to strengthen the relationship they had with their rivers because we tend to protect what we have a connection with.”

“Earlier this year, I visited these selected schools (and the local rivers) to meet the students and introduce the programme before returning later in the year to conduct the actual workshops. Additionally, I spent a week in London for visiting partner schools and for training with fellow artists from around the world. Even though this is a global programme, it is a collective of smaller regional communities, each having the power to tell their own story and add to the narrative in their own way," she adds.

A quick glance at the final artworks that are now on display in London (at Riverside Walkway by Tate Modern) will show that the students have used natural objects such as leaves and flowers to create locally spotted birds and fish, non-biodegradable products such as utensils and cutlery to create self-portraits, cut-outs from newspapers to portray the Malayalam script, among others.

We ask Leeza what inspired her to use everyday objects for the workshops and she shares, “A few years ago, I decided to draw on a daily basis to improve my skills as an illustrator. Not only to enhance quick thinking but also to think differently. It soon became too daunting to start every morning with a blank sheet of paper and force me to start drawing. Sometime in 2017, I came across the works of Christoph Niemann and the Sunday Sketching exercises he did with objects around him. It was a simple idea to use a seemingly unassuming everyday object, re-look at it and make it into something else. The final piece was always surprising and definitely exciting.” 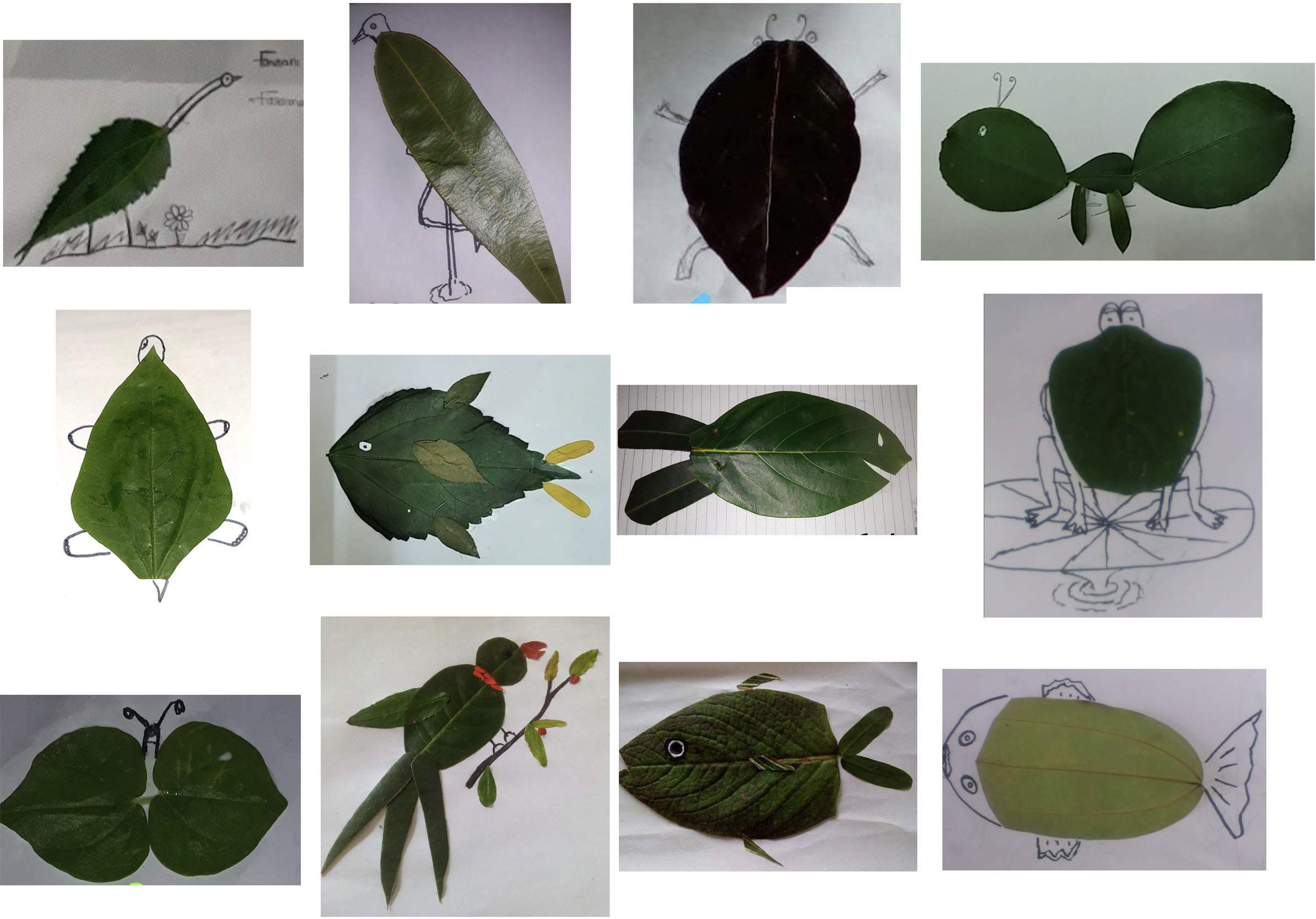 “The more I continued to work with everyday objects, the more it pushed me to look for joy and inspiration in the simple things around me. I wanted to share that with the young students. I wanted them to know those simple ideas are powerful. I wanted them to know that creativity was boundless and not always dependent on procuring tools or materials. Art needn’t be expensive or complicated. It is more about thinking creatively and differently. I felt that some guidance in the right direction could make all the difference," shares Leeza who is currently a full-time freelance illustrator who works on editorial illustrations, children’s books and simple animations.

And what are some of her future projects? “Rivers of the World programme is usually structured for two years. Depending on how the first year of workshops turn out, the contract is renewed for another year. So fingers crossed, and I hope I do get to work with these students again! I’m lucky that every project that comes my way is very very different from each other. So I’m happily exploring.”