Artist JMS Mani's work has captivated art connoisseurs and enthusiasts for over four decades now. His vibrant works, that explore abstract and human subjects, always have something unique to offer. The MKF Museum of Art hosts the show Expressions and Impressions, A Retrospective of his Creative Journey, featuring some of the artist’s work.

As someone who has never restricted himself to a particular medium, Mani says this show could be inspirational for aspiring artists. “I have been doing experimental work apart from mixed media, sculptures and graphics in my art practice over the years. I chose an eclectic collection in this show, mainly to encourage budding artists to learn new techniques and mediums. I have noticed that the new generation believes in shortcuts and works only with acrylics!”

Abstract thoughts
The show exhibits some of his work done in the last three decades, and also includes abstracts that he has worked on in recent times. However, the collection that Mani is most popularly known for is his Badami series. Recollecting how the series came about, he says, “While I was a teacher in Ken School of Art, I used to take students to Badami to paint. From 1992, I started painting compositions to depict the village culture, the innocence of people and bright colours that women wore in village fairs —
all that was very inspiring.”

The seasoned artist has been experimenting a lot more with the impasto technique, creating bold brush strokes with myriad colours that reminds one of the Impressionist style of painting. In addition to this, he has also been working with printmaking techniques, and some of these works too are included in the show. “It is only in recent years that I have been showcasing works in other mediums. My experimental
works have been constant. Printmaking is very interesting. There is a surprise element especially while preparing and working with resin on zinc. The result is very satisfying and I enjoy this particular technique,” says the artist. 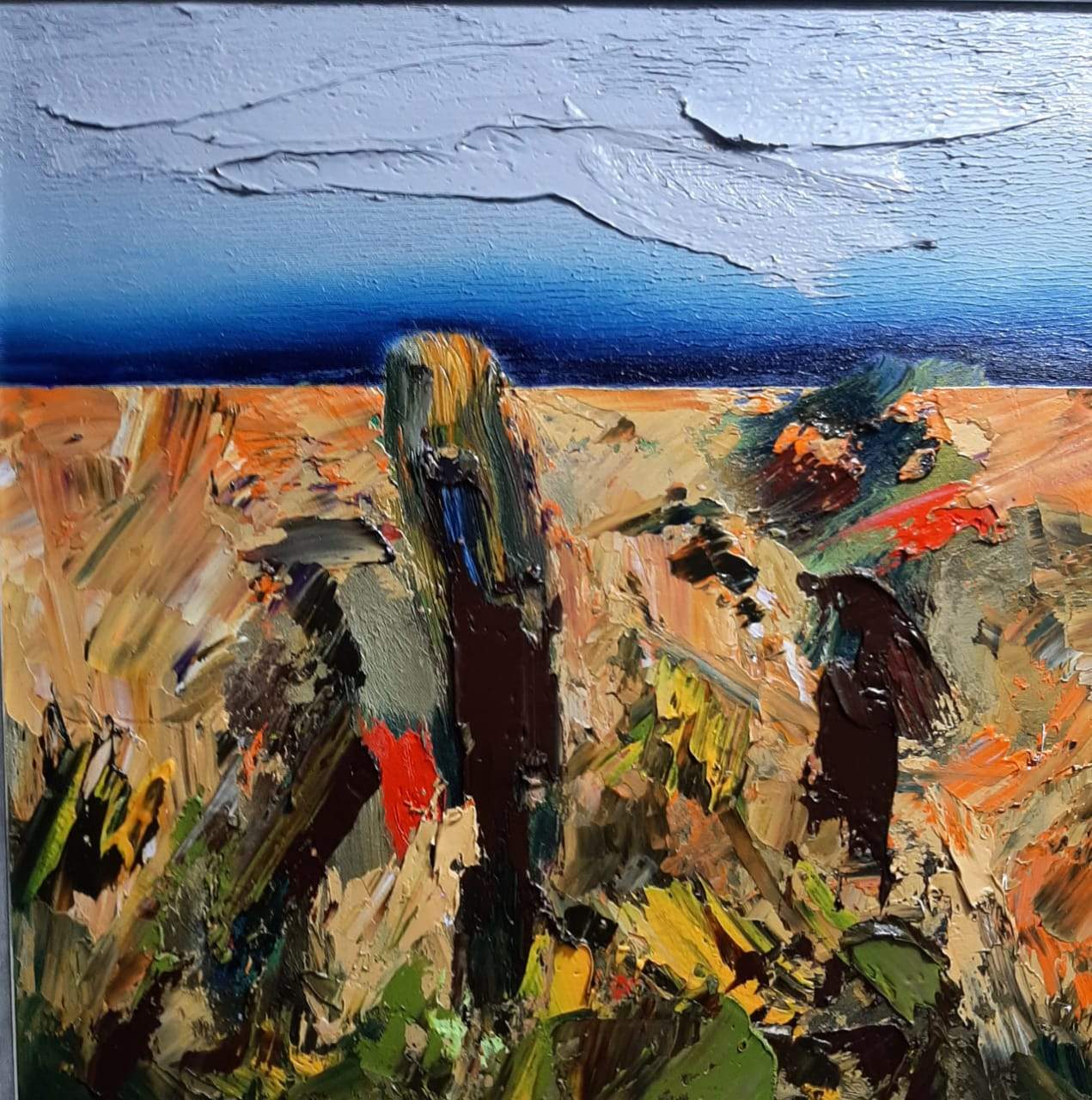 Father figure
Mani’s big g est influence though has been his teacher, the late RM Hadpad, who founded the Ken School of Art. In earlier interviews, Mani has acknowledged that at one point during his initial years as an artist, he felt his work was too similar to that of his teacher. “For me, Hadpad’s tutelage was like learning the grammar and the rudiments of visual art. He was like a father who guided me with a sense of direction, such that I did not need to go to any other art school. I have imbibed his dedication and hard work. He would take me to watch people in open spaces and would instruct me to sit and paint! Without the guidance of Hadpad, I would not have been an artist of any significance,” says Mani who has also included his popular mother-child series in this show.

Although the collection has works that have been significant in his journey, it also highlights his diverse skill set.

Until February 20. At The MKF Museum of Art, Lavelle Road