The last place possibly expected to yield humour is history. For most of us, it was a dreary, most colourless school subject. But today it a serious business -- a fiercely-contested battlefield of ideologies, identities and political aspirations rather than a reasoned record of the past to enable us understand our present and guide our future. Humour seems incongruous, even inadvisable, here.

But we must not forget the British and their unique humour. Characterised by sparkling word-play, self-deprecation, comically outrageous hyperbole, savage satire and rampant ridicule, it is also broadly irreverent across the spectrum -- no sacred cows here at all.

As shown by the feted exemplars of the tradition -- Swift, Wodehouse, Jerome, Terry Pratchett, George MacDonald Fraser, "Punch" and "Private Eye", "The Goon Show", "Monty Python", "Yes Minister", "Allo Allo", "Mind Your Language", "Blackadder" and many more -- there is no facet of their own history, society and culture that cannot be made fun of.

An early example -- or even inspiration -- of this trend could be this "textbook" which mercilessly but meaningfully satirises and parodies English history. "1066 and All That: A Memorable History of England, Comprising All the Parts You Can Remember, Including 103 Good Things, 5 Bad Kings and 2 Genuine Dates", began as a series of Punch articles by academician-author Walter Carruthers Sellar and journalist-author Robert Julian Yeatman before being published as a book in 1930.

Sellar (1898-1951) and Yeatman (1897-1968), who had met at Oxford's Oriel College where they were studying modern history after the First World War, worked on the principle that "History is not about what you thought. It is what you can remember".

Parodying the contemporary style of history teaching, their venture promised to contain "all the History you can remember" and its 62 chapters spanned England from Roman times through 1066 "and all that", up to the end of World War I, at which time "America was thus clearly Top Nation, and history came to a ." Yes, it leaves the rest unstated.

The authors work on the cheekily simple principle that monarchs are good or bad and historical developments either a "Good Thing" or a "Bad Thing". They used the English language's every artifice to distort names and events without any loss of sense to give the impression of facts hazily, half-remembered and not fully-understood, to show the effect of such teaching as prevalent.

In the preface, the authors, citing the dates reference in the extended title, tell us that they had originally planned four dates but "last-minute research revealed that two of them were not memorable". Thus they stuck to 1066, when William the Conqueror's Normans defeated and supplanted the island's Anglo-Saxon rulers, and 55 BC, which saw the first Roman invasion under Julius Caesar -- who was "compelled to invade Britain again the following year (54 BC, not 56, owing to the peculiar Roman method of counting)" but this was still a "Good Thing", since the Britons "were only natives" then.

Chapter II begins "that long succession of Waves of which History is chiefly composed", the first of various barbarian tribes and later of saints, like the "Venomous Bead" (Venerable Bede actually) and so on.

We also learn that Queen Victoria "remained obdurately plural and not amused" throughout her reign despite the best efforts of her subjects.

There are five model "Test Papers", with instructions like "Do not on any account attempt to write on both sides of the paper at once", and questions such as "How far did the Lords Repellent drive Henry III into the arms of Pedro the Cruel? (Protractors may not be used)" or "Examine the state of mind of (1) Charles I half an hour after his head was cut off (2) Charles II, half a moment after first sighting Nell Gwyn" (his mistress). 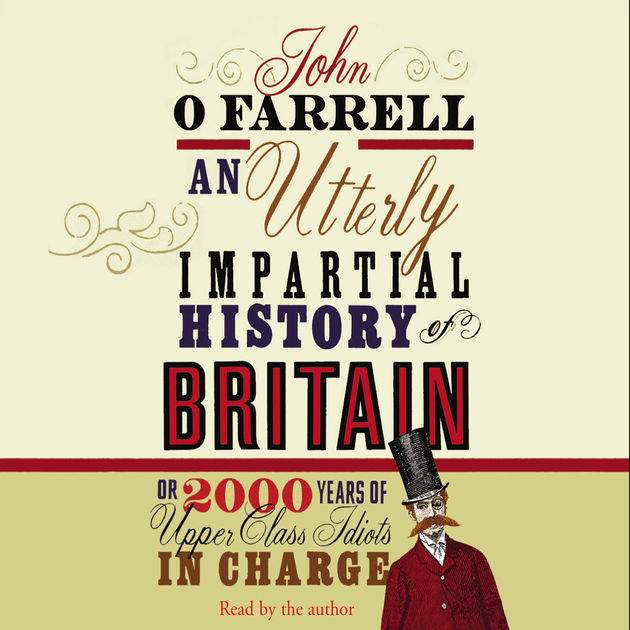 The book's success inspired Sellar and Yeatman to write more books in the same vein, though none is known as much as this, which went on to inspire a musical and many other such histories like John O' Farell's "An Utterly Impartial History of Britain: (Or 2000 Years Of Upper Class Idiots In Charge)".

Will we ever have the opportunity to treat our history as history instead of an exclusivist national theology and its personages as humans -- exceptional maybe, but humans nevertheless -- instead of demigods? We can only wait and hope.