As variety is the spice of life, shifting between different literary genres often helps readers retain their interest in reading. In the longer run, nobody likes a uni-coloured portrait and reading books of a similar type leads to a gradual but distinct loss in curiosity.

On the stands in October will be diverse books across genres that will meet and suit everyone's preferences. If you are caught in the warp of a particular genre, these extraordinary titles will tempt you to adopt the change you have long needed.

Here are the five books that we can't wait to read this October: 1. Finding my Virginity, by Richard Branson (Memoir/Penguin)
Richard Branson, founder and chairman of The Virgin Group, is a world-famous entrepreneur, adventurer, activist, and business icon. His first memoir Losing My Virginity, was an international sensation and now, 50 years after starting his first business, Branson shares the candid details of a lifetime of triumphs and failures, and what he really thinks about his unique life and career.

Finding My Virginity is an intimate look at his never-ending quest to push boundaries, break rules and seek new frontiers - even after launching a dozen multi-million-dollar businesses and hundreds of other companies. And it's the story of his personal quest to become a better son, husband, father,and "grand-dude" to his four grandchildren. 2. The Silent Companions, by Laura Purcell (Horror-Fiction/Bloomsbury)
Newly-married and newly-widowed Elsie is sent to see out her pregnancy at her late husband's crumbling country estate, The Bridge. With her new servants resentful and the local villagers actively hostile, Elsie only has her husband's awkward cousin for company. Or so she thinks.

But inside her new home lies a locked room, and beyond that door lies a 200-year-old diary and a deeply unsettling painted wooden figure - a Silent Companion - that bears a striking resemblance to Elsie herself. Inspired by the work of Shirley Jackson and Susan Hill and set in a crumbling country mansion, The Silent Companions is an unsettling gothic ghost story to send a shiver down the spine. 3. A Frayed History: The Journey of Cotton in India, by Meena Menon and Uzramma (Non-Fiction/Oxford University Press)
Though India is one of the largest producers of cotton in the world, its farmers are trapped in debt and thousands choose to kill themselves rather than face an ignominious fate. Handloom weavers, once proud standard-bearers of the country's artisanal heritage, are barely able to scrape together a living. The authors take us through the fascinating history of cotton in India, examining its illustrious origins, its blood-stained colonial heritage, and the events that led to its current crisis.

Amid the bleakness, the authors suggest a silver lining: Reviving indigenous cotton -- and the handloom industry that spun its fame. This is an important book not just for lovers of cotton but anyone concerned with the struggles of Indian agriculture in a brutal, fast-changing market. 4. Girls Are Coming Out of the Woods, by Tishani Doshi (Poetry/HarperCollins)
"When I was still a poet/I used to dream of rivers/Flowers had names and purpose/Small birds the shape of scars made nests in braziers of sky/Now that I have given up, afternoons dry as raisin skins scrub by/Thieves approach/Dogs bark/ Love springs from dirt like carrots".

In this collection, Tishani Doshi inhabits different homes: Her childhood, the body, cities that were passed through and cycles of rain. There are poems of celebration and homage and there are poems lamenting human cruelty and dispassion, each poem promising the sharpness of broken sea-shells, the smell of brine. This is also a book of travel and of homecoming, of familiar decay and startling discoveries of our oldest themes of love, grief, suffering and anger. 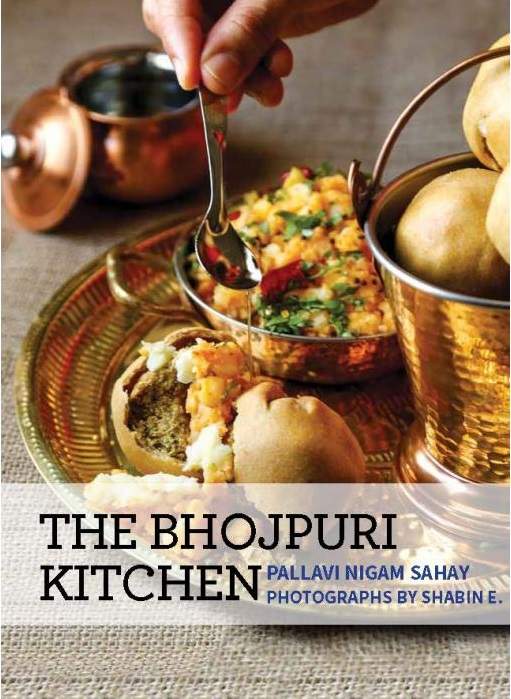 5. The Bhojpuri Kitchen, by Pallavi Nigam Sahay (Food/Westland)
As a young bride married into a family in Bihar, Pallavi Nigam Sahay was mesmerised by the vast repertoire of Bhojpuri bhansa ghars or kitchens. This is her tribute to the region's traditional recipes -- the legendary Litti Chokha; Choora Mattar; Bihari Halwai-style Mutton; Machli Ka Sarsonwala Jhor; the delectable Bhujias; the unique Parwal Ki Mithai, Thekua and other fantastic sweets.

The Bhojpuri Kitchen is not only a celebration of several recipes, lest they be forgotten in the future, but also the region's festivals like Chhath, which is yet another reason for the kitchens to come alive with food most befitting the Gods.