Desert prose: A photo-fiction novel set against the Pushkar Fair

A fine line separates the aspects of truth and reality from fiction and make-believe in photo-fiction, a new genre that the duo of Deepa Rachel Pinto and Ram Prakash claim to have created. The two ardent travel enthusiasts and childhood friends have released a new book, And The Desert Will Bloom, which they’re calling the first ever photo-fiction novel around.

Essentially a blend of fact, fiction and photographs, photo-fiction as a concept has tremendous potential, they enthuse. “At a time when reading books is on the decline or taken over by tablets, a concept like this rekindles the appeal of reading and the charm of the conventional book form,” offers Deepa.

And The Desert Will Bloom sets out as a saga of love, agony and hope, in an eight-day love story at Pushkar, Rajasthan, the world’s largest camel fair, which is known to be extremely colourful and chaotic. The book picks on challenges that the fair faces in sustenance, weaving in the lives of a handful of Jewish protagonists. 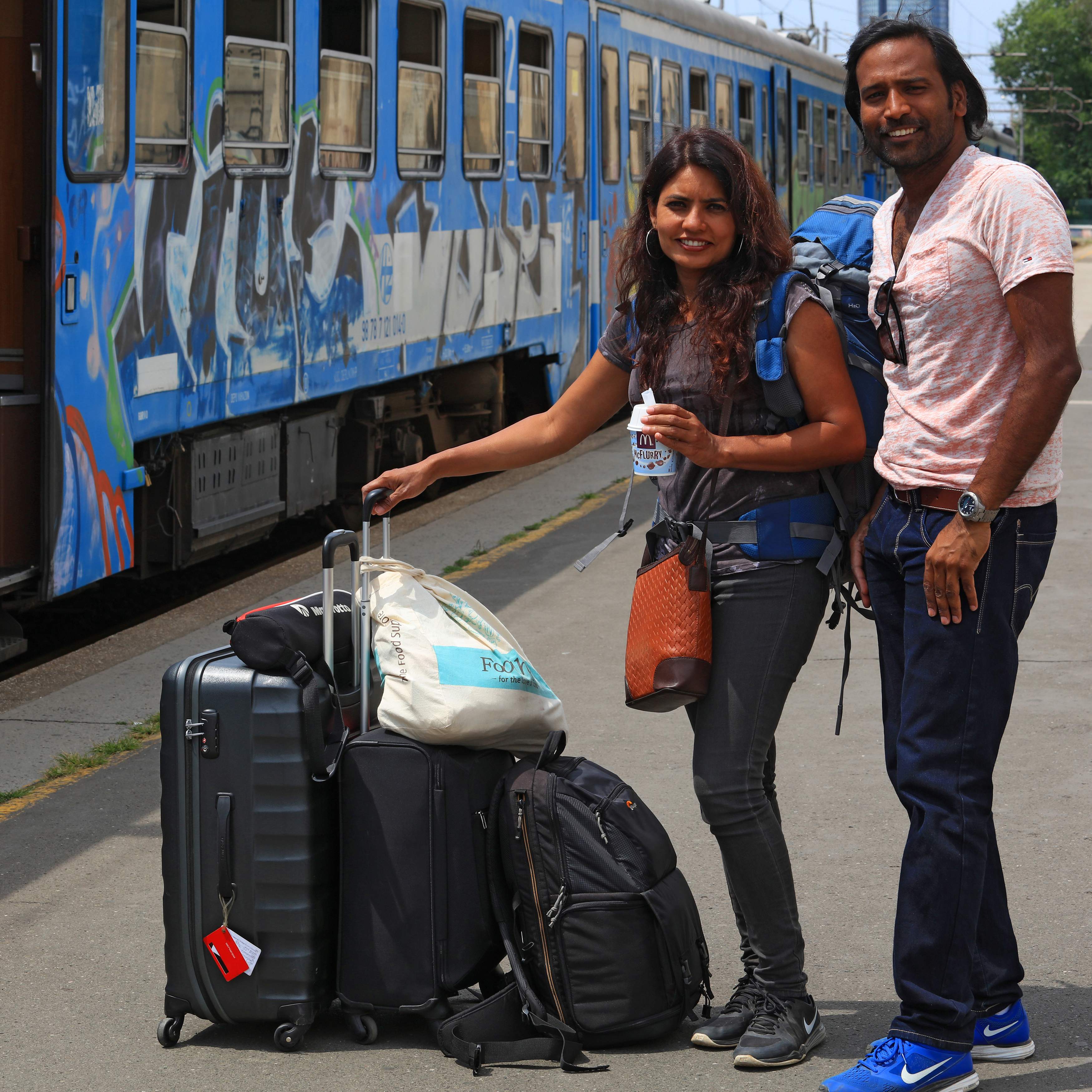 All is fair in love
The story is recounted by Avi, who belongs to a little-known community (and India’s smallest minority) of part-Indian Jews. Following the character Levana, as she travels to Pushkar in a harrowing hunt for her brother Noah, the story moves through Israel’s rise as a nation, exploring the Israel-India connection, particularly on the Hummus Trail, through a string of what they call ‘Israelised’ villages, across India.

And The Desert Will Bloom is the duo’s first novel in the series, points out Deepa. “Our first photo-
fiction book is a set of four short stories. The other is a novel-in-stories, where each section can
be read as a stand-alone book. At the same time, when read together, they make one complete story,” she explains.

There’s a lot more potential in  the genre, she enthuses. “Going forward, photo-fiction can be extended to create fictional travel segments. Amidst regular travel essays and reportage, photo-fiction mini-stories can bring a pleasant change,” she proposes.

“Photo-fiction stemmed from a personal wish,” offers Ram. “On one level, when I read reports on social causes, I wonder if the messages would stay in mind longer if they come in the garb of fiction,” he says. “On a different note, in some books, I am unable to visualise what the author is describing, if it is about an unknown culture, people or place, as I don’t have a point of reference. A photograph would make my experience that much richer.”

Isreali reality
That’s were the idea of photo-fiction took shape, says Ram. “Every work of ours touches upon socially relevant issues — as reportage fictionalised with photographs.” Though, “it is vital that the charm of words is not replaced by photos, and enhanced by it,” cautions Deepa. “We ensure the balance of prose and photographs,” she says.

Still, only a fraction of their travels make it into their books, says Deepa. While the love story is
purely fictional, the backdrop is based on fact, she ascertains. As for The Hummus Trail, it’s not so much a formal travel route as it is a sprinkling of places in certain countries that are popular among Israeli backpackers,” she notes.

“These obscure, often uncharted places, have acquired an Israeli flavour — the visitors and food is predominantly Israeli and the signboards are mostly in Hebrew.” It was on this trail that the duo delved into the lives of young Israelis. “We chose one of our protagonists to be from a family that returned to the country from India at the time of Israel’s creation in 1948,” she explains.

Social media, meanwhile, gives them the opportunity to engage with followers beyond the reading experience. “We take them through the entire process from book creation to printing,” explains Deepa. “This creates a bond beyond that of the conventional author-reader,” she says.