Novy Kapadia’s name has long been synonymous with Indian football, owing to his contributions for over three decades to the sport as a journalist and commentator. After The Football Fanatic's Essential Guide Book (2014), Novy takes his love for the sport to the next level with Barefoot to Boots, The Many Lives Of Indian Football. Written from an autobiographical lens, the 348-page book is not a dry retelling of the landmark sporting events and the figures associated with it, but is filled with interesting anecdotes, rare photographs and newspaper clippings. From the real story behind India’s gold medal at the 1962 Asian Games at Jakarta to the origins of The Nehru Cup, the book — which releases just before the Under-17 World Cup to be held in India next month — is a treasure trove of football trivia, merging the history of the sport with its author’s own life.

Novy, who recently retired from Delhi University where he had taught English since 1977, says that “although meetings had taken place with Penguin on what the book should be like, it was only after the passing away of my elder sister that I realised this book needs to be written.”The 65-year-old columnist and commentator recounts how his earliest memories of growing up with the sport involved his sister who had always urged him to write on football, given his enthusiasm for it and had also bought him his first book on sports as a New Year’s gift when he was in school. From his first encounter with football enthusiasts at the Old Delhi railway station, while on a walk with his father at the age of eight, to the 1965 Durand Cup, during which he was exposed to the growing communal tensions in the country at the age of 13, this exhaustive history of Indian football is interspersed with accounts of how the sport in turn shaped the author’s life. 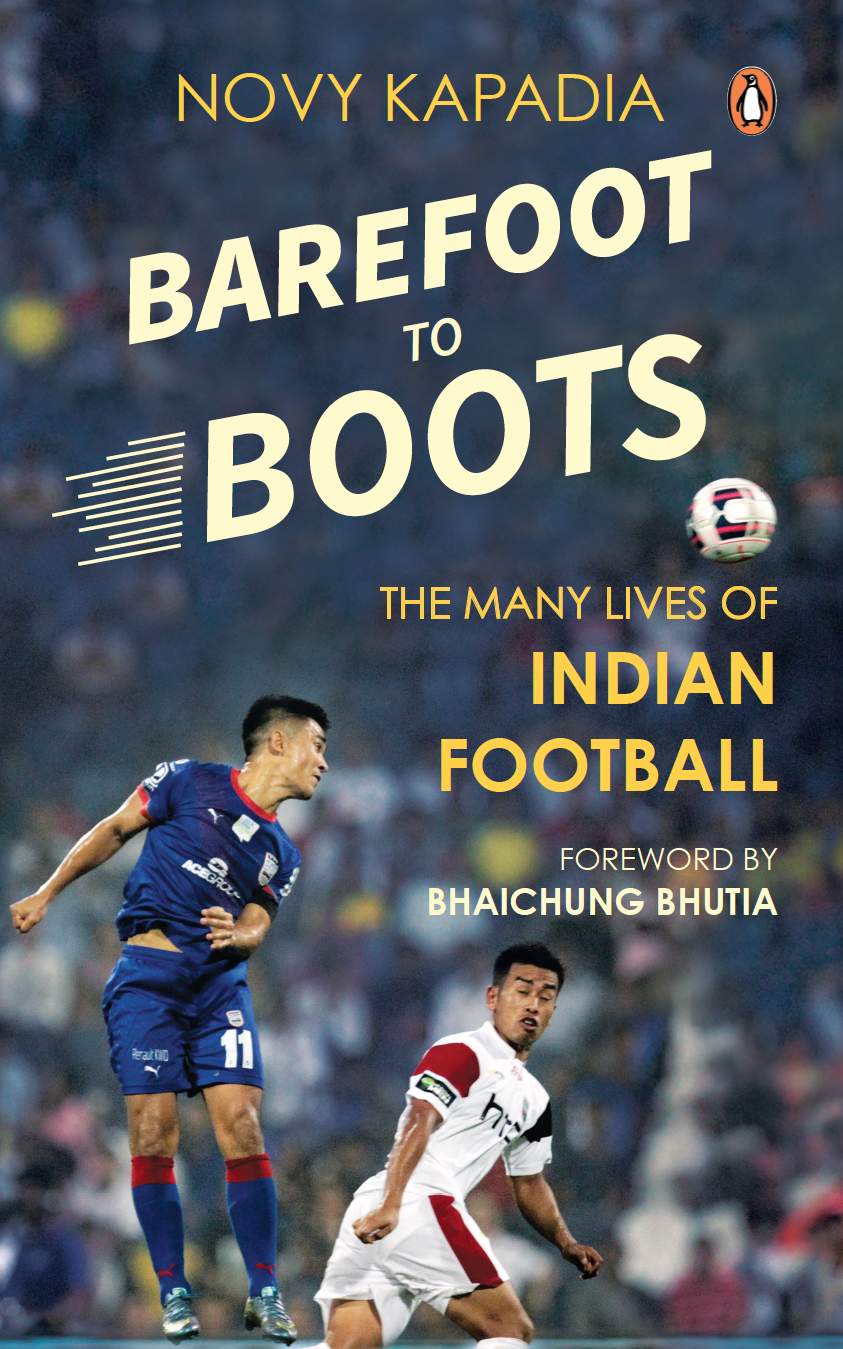 In fact, there were some stories that couldn’t make it to print. On some coaxing, Novy recounts one such tale. “It was right after the ’84 riots. I was teaching at Khalsa (college) at the time and some of us from the university used to volunteer at the relief camps at Tilak Vihar. I soon realised that for the children who had witnessed things that would haunt them forever, food and clothing was not enough. They needed a sense of their childhood back. I started playing football with them weekly. And soon enough, they started looking forward to our early morning Sunday matches,” he remembers fondly, adding that he kept in touch with most of the kids long after.

Commenting on what current literature on football in the country lacks, Novy says that most of it has been Bengal-centric and one of the foremost aims of his book was to highlight other regions. “Bengal is a known hub of football. So we made a key decision that we should include the whole of India, especially players from places like Punjab and Hyderabad who had never been written about.”

He also feels that as commentators and journalists are now competing with Twitter and Facebook, they have to be more descriptive in their approach, and need to find a unique angle to generate reader interest. Ask him if he has any plans of writing fiction, he replies, “Not at the moment, though I am contemplating writing more well researched sports books now that I finally have the time.”