Eric Akoto, the British-born Ghanaian Editor & Publisher of the UK-based Litro Magazine, had an enviable role to play at the Jaipur Lit Fest 2018. Known for his stated passions in progressive conversations, freedom of expression, quality and independence in arts, good technology, and above all
making crazy ideas and collaborations come to light, Akoto was the moderator of two thoroughly engaging discussions at the festival, with a special focus on the emergence of regional language writing.

While the Litro publication is set to release a special edition on Korean women’s writing, it’s only apropos to also make note of its India edition, as a part of The Litro Magazine World Series, which was published in London in October 2016, and showcases stories from and about the Indian experience, in relating to lands of the Global South.

While not entirely Indian, but rather emanating from the diaspora, it includes its emigre communities and its exiles, and featured in the issue are contributions from the likes of Abraham Verghese, Aatish Taseer, Sri Lankan Shehan Karunatilaka, and emerging talent such as Nikesh Shukla, Mona Arshi, and Divya Ghelani, among others. Guest edited by Shashi Tharoor, the issue explores some extraordinary stories exploring what India’s connection to the Global South means to them. At the Jaipur Lit Fest, Tharoor joined Akoto to take the discussion forward.

We caught up with Eric on the sidelines of the festival:

Tell us a little about your participation at this year’s Jaipur Lit Fest.
This is my second invitation to Jaipur, and each year, it seems to be getting better and more international! My participation was in moderating panel discussions, first on the health of independent publishers in India, and later, on the power of fiction and translation across borders, encouraging communication across different cultures and identities, with India as a hub and talking point. We were lucky to have Shashi Tharoor, Korean-American Suki Kim, Tishani Doshi, and Vivek Shanbhag join us on stage. People seemed very enthused about what Litro does, and we had a huge audience!

You have some interesting projects lined up with Litro.
Our ongoing project is to share stories as far and wide as possible. To do this means always being innovative and creative in our outlook, and our next World Series edition—the Korean women’s issue, is expected in May. 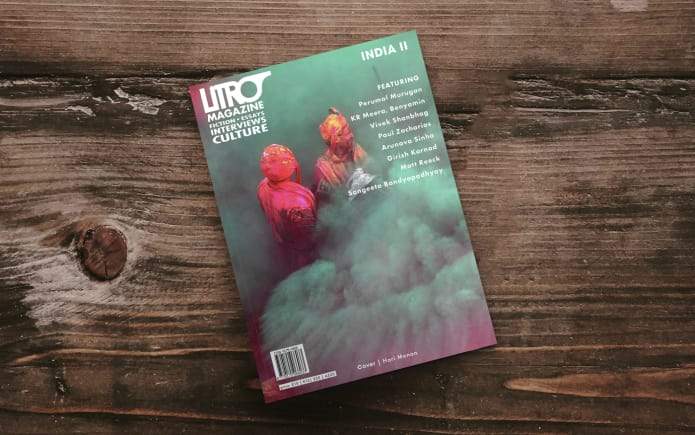 The publication showcases fiction by Korean women authors. It will be guest edited by 2016 Man Booker-winning translator (The Vegetarian), Deborah Smith, and features work by Han Kang (2016 Man Booker winner), Krys Lee, Janet Hong, and more. We are currently crowdfunding for this edition, titled Korean Women Grab Back—and this, I’m proud to say, is a world first. Again, language will be a key theme, with translations from diaspora communities, who write in languages other than Korean, featuring prominently.

Anyone who pledges can get themselves a free copy, but we are also offering membership, merchandise, annual and lifetime subscriptions. With these World Series editions, and the crowdfunding, I want to transform the potential and scope of the magazine—giving it a truly worldwide reach in the process. We’re offering ‘literary crowdfunders’ the opportunity to become directly involved in the future growth and development of the Litro publication, a concept we find exciting.

Looking at the literary landscape in general, would you encourage non-fiction over fiction?
Not particularly. Why would you? Both have an important place, why pick one over another? Unless you mean, in these post-truth, alternative-fact, fake-new times we need more truthful non-fiction and journalism—if so, well yes, that’s true. But that doesn’t mean fiction, which is all about finding new ways of telling the truth, should be disparaged. 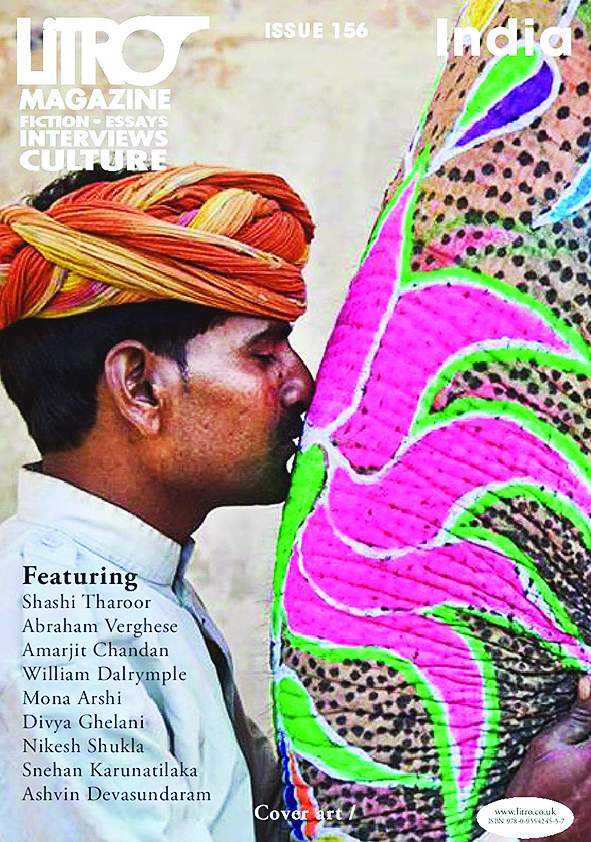 Lately, we have been witnessing an abundance of new fiction from a younger generation.
I started Litro from my bedroom in Nottinghill 12 years ago, aged 25, publishing ‘a spurt of young and first-time writers’, something we continue to do. Obviously, first-time authors aren’t going to be as good as they’re (hopefully) going to get with more experience.

But is that any different from any other time? And, new voices and new publishers, especially new independent publishers that are willing to take risks with work that mainstream publishers won't touch, is always exciting and important.

A word about judging the success of a novel by its prospects to be translated into a movie?
No one should ever, ever, ever be judging the success of a book by its chances of being made into a film. No one should be writing a book with a view to its becoming a movie. Kind of a generalisation, but the very best books are the ones that resist adaptation.

It’s like, how they say, poetry is what’s lost in translation—the best novels offer what other forms
can’t offer—prose style, psychological depth, and so on, which can’t be translated into another medium. The same is true of cinema too. If you’re writing a novel with one eye on the movie screen, it’s only going to limit and weaken your work.