New James Bond in May: Anthony Horowitz speaks for fiction that makes us human

Fans of Ian Fleming, make note: James Bond is back! Anthony Horowitz, the English novelist, is set to release his second book, following up on Trigger Mortis (2015), by request of The Ian Fleming Estate.

For Horowitz, the book sits on top of a long list of projects — including TV scripts for Agatha Christie’s Poirot and Midsomer Murders, two Sherlock Holmes novels, The House of Silk (2011) and Moriarty (2014), and his new works, Magpie Murders (2016) and The Word is Murder (2017). He’s also the author of the immensely popular The Diamond Brothers series, the Alex Rider series, and The Power of Five series (aka The Gatekeepers).

The new Bond novel, the title of which is yet to be announced, will be based in the 1960s, and also features previously unseen material written by Fleming. The story, as disclosed by the publishers, begins in the Grand Prix racing world, with an attempt by the Russians to sabotage a race
at the Nürburgring track. Bond is in the driving seat, but the events take an unexpected turn.

Since the reboot of the Bond novels to mark Fleming’s centenary in 2008, other authors invited to write James Bond stories include Sebastian Faulks (Devil May Care, 2008), Jeffery Deaver (Carte Blanche, 2011) and William Boyd (Solo, 2013). We caught up with Horowitz, the first to write back-to-back 007 adventures since the 1990s, on the sidelines of the Jaipur Literature Festival 2018.

"I cannot imagine what my life would be like without books." - A message from Anthony Horowitz, whose Alex Rider series for young adults has sold 18 million copies worldwide. #JLF2018 #JaipurLiteratureFestival

What were the highlights at this year’s Jaipur Lit Fest, for you?
Anthony Horowitz: This has been my first JLF, and I’ve loved every minute of it. The highlights for me were the brilliant opening speech by Pico Iyer, William Dalrymple’s interview with Hamid Karzai, and meeting writers including Helen Fielding, Tom Stoppard, Kathy Reichs and Joshua Ferris. I also hugely enjoyed my own session, being interviewed by Paro Anand.

What’s the word on your next book?
AH: I’ve just finished my second Bond novel, and even while I’ve been in Jaipur, my publishers have been sending me possible covers. The title announcement is happening very soon, and the book will be out in May. Right now, I’m working on the next book in the series that began with The Word is Murder. The sequel is called Another Word for Murder. And look out, later this year, for a collection of Alex Rider short stories, one of which I have written here in Jaipur. The title is, Alex Rider: Secret Weapon. 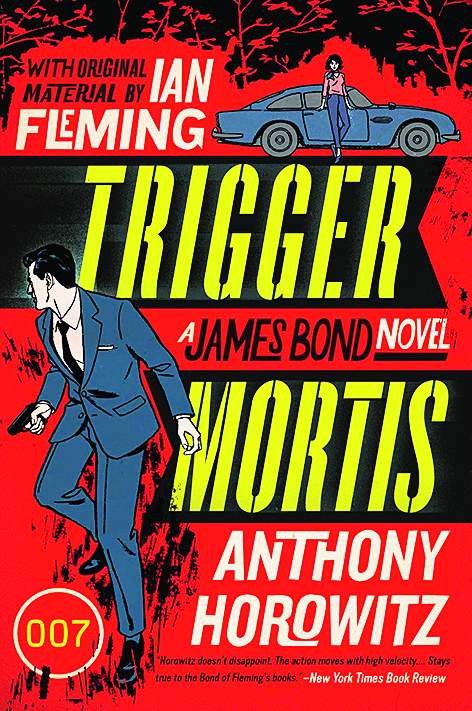 Would you ever rather encourage non-fiction over fiction writing?
AH: Absolutely not. If anything, I’d put it the other way round. All reading is valuable, but visiting a few schools in Jaipur, I’ve found that many young people here put fiction firmly into second place. They seem more interested in history, politics, biography, etc. That’s fine.

But I try to persuade them that great fiction answers questions that non-fiction doesn’t even ask. It deals in relationships, emotions, connections, the very essence of life. Who are we? How did we get here? How do we empathise with the person standing next to us? Fiction teaches us what it is to be human.

How does one discern good writing from mediocre publishing efforts?
AH: I have to ask you – what do you mean by “mediocre”? There are many books which are hugely popular but which are, frankly, very badly written. Let’s name no names! But if a book gives pleasure and gets people reading, is there any point in dismissing it, because we think it’s not great literature? Better to read a bad book than to read nothing at all.

A lot of us today are losing touch with the exercise of putting pen to paper.
AH: It’s interesting that—in a computer age—you use the phrase, “pen to paper”. As a matter of fact, I do use a fountain pen and a notepad, and love the actual act of writing: the scratch of the nib, the flow of the pen. I cannot describe the joy of writing to youngsters or anyone else.

All I can say is, if you don’t feel joy, something is surely wrong. I love writing. It’s my passion. And when I’m writing well, I can’t stop myself. The words pour onto the page. Even this interview is giving me a certain amount of pleasure — although, it’s getting in the way of my Alex Rider short story! The same goes for reading. Feel the flow, the sense of immersion.

Is there any particular genre you would recommend for young readers?
I would recommend young readers to find the authors they like for themselves. And if they don’t like a book, don’t be afraid to give it up and start another one. It’s a wonderful moment when a reader “clicks” with a writer. I so remember being swept away by the books I loved.

As to genre, no – I’m not going to make a recommendation. That’s the great joy of reading. There are millions of books out there. Thousands of authors. Hundreds of genres. It is simply impossible NOT to find something you enjoy. The only think you have to do is keep looking. Go to the library. Go online. Remember that reading is not only a pleasure. It’s the most joyous way to discover the world around you. Keep reading!