Rick Stroud is a producer, director and and bestselling historian specialising in the events of World War II. His credits behind the camera include Deadline with John Hurt, The Good Dr Bodkin Adams with Timothy West and the series We the Accused with Ian Holm. A trustee of the London Library, Rick authored the books, The Book of the Moon, The Phantom Army of Alamein and Kidnap in Crete and also co-authored Rifleman: A Front Line Life, King’s Cross Kid and Soldier Spy. His new book, Lonely Courage, is about the women of ‘F’ Section of the Special Operations Executive, who were parachuted by moonlight into German-occupied France. In an email exchange, the writer speaks about his plans for the Jaipur Literature Festival 2018, and also offers a few words of advice.

Tell us a little about your participation at this year's Jaipur Lit Fest. Are there any particular discussions, or subjects that you wish to engage readers, and the audiences with? What can we expect as the main talking points that you will be a part of?
One of the characters in Lonely Courage, my history of the (SOE) Special Operations Executive unit set up by Winston Churchill in 1941, is the agent Noor Inayat Khan, an Indian and the daughter of a Sufi mystic. She was very brave, was captured, tortured and murdered.
On the last night of her life, she was beaten up and raped. Her tormentor said that when he had finished with her, she was “a bloody mess”. The last word she uttered before she was shot was “Liberty!” She must, in her terror and misery, have thought that her voice would never be heard.
But seventy years later, I attended the inaugural Noor Inayat Khan Memorial Annual Lecture: The Liberté Series, at London University, given by Vindra Grover, an Indian civil rights advocate. Noor’s example and last words against the forces of oppression have survived and echoed down the years, showing that there is something we can all do, as individuals. She set us a very high standard of moral courage. I hope to talk about this more at the festival. It is as important to fight oppression today as it was seventy years ago, when Noor fought Hitler and the Nazis.

Please tell us about your new writing projects. Is there anything exciting that you're working on at the moment? And what can we look forward to, from you, this year?
I don’t like talking about my next projects in case the Gods are listening and don’t like it. All I will say is that I have changed my area of historical interest from WWII to the beginning of the 19th century, the Duke of Wellington, the Rifle Brigade, and the Battle of Corunna.

Lately, we have begun to find an increasing number of writers taking to forms other than that of published books - by way of poetry, screenplays, essay and journal writing. The online space, in particular, has become a great way to put out one's writing. How would you encourage emerging writers to explore not only the mediums of print, performance and online publishing - but also to experiment with form, as in short stories, novellas, dialogues and verses?
I write poetry, fiction and non-fiction. Only my non-fiction has been published. The rest I show to friends by email, sometimes I put it on Facebook. I have also written and directed screenplays, a form which I dislike. The only advice I have to any writer is: if it comes to you, whether one line, one paragraph or whatever, write it down, don’t prejudge it, and don’t expect it to be published, but count yourself lucky if it is.

We have also been witnessing an abundance of new fiction, and a spurt of writers from a younger generation, aided by a bunch of relatively new publishers. Is there a concern about the quality of writing emerging from first-time authors? What advice would you offer, not just to up-and-coming writers, but also to readers, for the sake of discerning good, meaningful writing from mediocre publishing efforts?
I have a rule: read ten per cent of a book, and if it is not working for you, put it down. There are plenty of other books out there. In the book shop, I give a book thirty seconds. I pick it up, read the reviews on the cover, look at the production and read the first paragraph. If I’m still reading, I will buy it. There is always concern about first-time writers and every writer has been one: Dickens, Chaucer, Austen, Shakespeare to name three of my own country people. I don’t think one can ever prejudge and bad work is not the prerogative of a  new writer or company.

It seems to have become a bit of a trend in recent times, to judge the success of a novel or book by its prospects to be translated into a blockbuster movie. Many publishers are pushing such titles based on this measure too. Is this healthy, in your view? Is a movie the ultimate benchmark of success for a novelist to aspire towards?
No. The movie comes later, the book will always be there. Look at Liz Gilbert’s Eat Pray Love - a great book which deserved to be a bestseller. Liz did not write it for that. She wrote from her heart and for her success followed. The film, when it appeared, was nothing like a patch on the original, but did not harm it. So write for yourself not for a market. 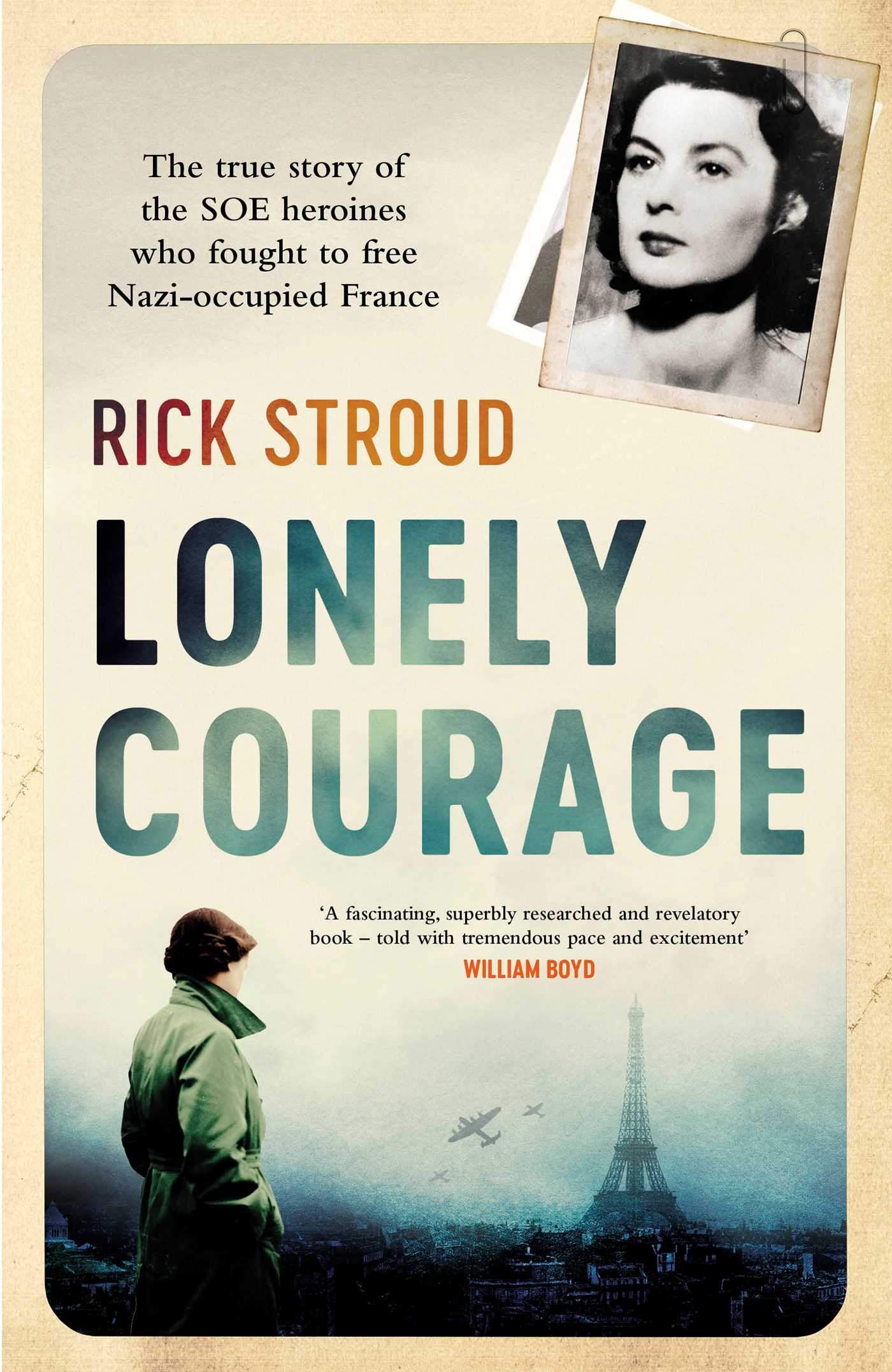 Looking at the Indian literary landscape, how prepared would you say that readers, and publishers are, to accept new writing in regional languages?
I am not really qualified to answer this question. All I would say is that any good writing in any language deserves to be translated and read as widely as possible.

Is there a concern about prevalent mindsets among readers, as well as writers, that perhaps needs to change?
My failure is that I cannot read or understand literature written in Indian languages, and look to find translators to help me out. I have just read Diksha Basu’s hilarious and delightful The Windfall. This book, written in English, can compete with any satirical writer, whatever the language and wherever in the world they work.

Specifically to do with translations - what concerns would you like to address, in terms of choice and authorisation of translators, selection of material, and verification of translated material? A lot of translated work we get to see still remains unauthorised, and there's little being done to monitor and validate these efforts.
It is very difficult to know whether a translation of a book into a language one does not understand is any good. I can’t read Chinese for instance and my book, The Book of the Moon, has been translated into that language. I can only take the publisher’s word that it is true to the original. I don’t think we will ever control unauthorised translations. There is too much of it, and too many other things to worry about.

Give us a few words, in your personal view, about the pleasures that you derive from the act of writing. In the new age, a lot of us seem to be losing touch with the exercise of putting pen to paper. How would you like to encourage, and foster the habits of reading and writing, among youngsters? How would you describe to them, the real joy of writing?
I write pen to paper, stylus to iPad, keys to computer, and recently got a tablet called a reMarkable, which is a pleasure to write on. I read on my Kindle with as much pleasure as I read real paper.  For me, the medium does not matter, only the quality of the work does.

Would you have any particular genre that you prefer to spend time with - between fiction, non-fiction, short stories, humour, graphic novels, political writing, and essays?
I love World War II histories and can take the bad with the good. There are distinctions in style between genres, but everything has to be written well. I teach writing in England, and tell my students that there are some simple principles we should all aspire to: Write short sentences, don’t use polysyllabic words, never use adverbs, and be careful with adjectives. There is one more rule for all of us who are not geniuses – good writing begins with rewriting, get your first draft down, however bad and sloppy, and then you have something to work on. Good writing is hard and it cannot happen while the sentence is still in your head.