The book We That Are Young by Preti Taneja has been awarded the prestigious Desmond Elliott Prize - an award for the best debut novel in English, published in the UK. We That Are Young was published by Penguin Random House India under Hamish Hamilton in October 2017.

The book revolves around Jivan Singh, a bastard son, who returns to Delhi after fifteen years of exile to find a city on fire with protests and in the grip of drought. On the same day, Devraj, father of Jivan’s childhood playmates and founder of India’s most important Company, announces his retirement, demanding daughterly love in exchange for shares.

Sita, his youngest child, refuses to play, turning her back on the marriage he has arranged. Her sisters, Gargi and Radha, must take over the Company and cement their father’s legacy. As they struggle to make their names, a family and an empire begin to unravel.

We That Are Young is Shakespeare’s King Lear told as a devastating commentary on contemporary India. From Delhi mansions to luxury hotels, from city slums to the streets of Kashmir, from palace to wayside, Preti Taneja recasts an old tale in fresh, eviscerating prose that bursts with energy and fierce, beautifully measured rage. This is the story of a country that, like the old king, is descending into madness. 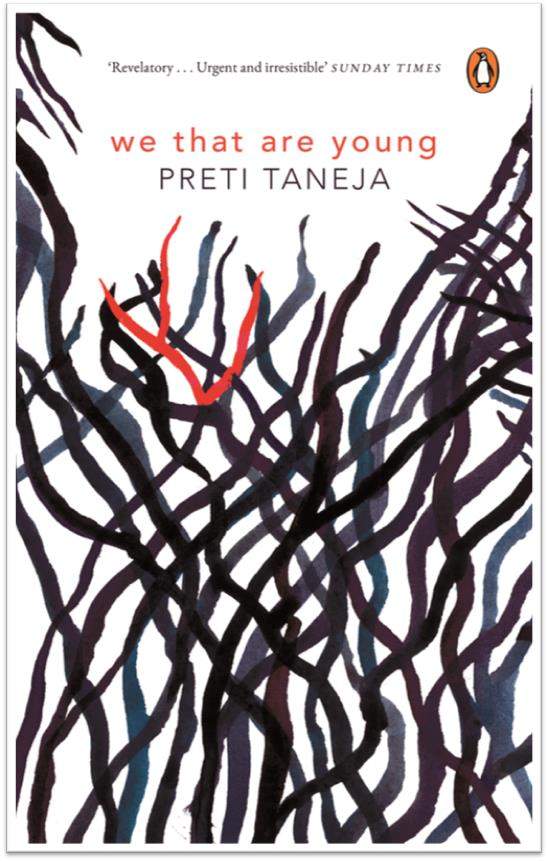 Praise for We That Are Young

‘Penguin Random House India publish the classic writers I grew up reading, the nonfiction I drew on while I was writing my book, and the most brilliant, avant-garde fiction of today. We That Are Young has found its home: I could not be more delighted.’ – Preti Taneja

‘We always knew we had something special on our hands with this book - I'm so glad the world agrees! – Manasi Subramaniam, Senior Commissioning Editor, Penguin Random House India.

‘In We That Are Young, Preti Taneja’s words leap off the page, constantly juggling family dynamics, workplace power struggles and India’s grand economic and political transition, bringing them all into a singular, compelling narrative. We are overjoyed to be the ones to introduce this rare new talent to India.’ – Meru Gokhale, Editor-in-Chief, Literary Publishing, Penguin Random House India.

‘In a brilliant, sharp new telling of King Lear, Preti Taneja shows her profound understanding of not just of Shakespeare and India, but of human nature itself. Heartbreaking. A poetic tour de force.’ - Vishal Bhardwaj

‘In years to come, Preti Taneja will be known as one of the UK’s most important writers.’ - Nikesh Shukla

‘A remarkable picture of contemporary India. Taneja’s sensuous writing brings women’s predicaments to life … from Shakespearean times to the present day in large portions of the world it is a chilling warning and a sad truth.’ - Irish Times

‘A truly magnificent novel: epic in scope and fizzing with originality. Taneja’s is a powerful and arresting voice. We That Are Young tells a piercing tale of modern India – and of modern womanhood – that is brutally honest. It lingers in the mind long after the last page.’ - Jodie Ginsberg

‘An absolutely fantastic book. The Lear background made it feel as though I was rereading a very old and much loved novel for the second time, picking up on new and fascinating thoughts and connections, even while I forgot that Lear was there at all. We That Are Young is beautifully, beautifully written.’ – Josephine Lethbridge

Preti Taneja is the co-founder of Visual Verse, an online anthology of art and words, and the campaigning collective, ERA Films. As a human rights activist, she has worked in places such as Kosovo, Rwanda and Kashmir, and with Iraqi and Syrian refugees in Jordan and Sweden. In 2014, her novella Kumkum Malhotra won the Gatehouse Press New Fictions Prize. We That Are Young is her debut novel.