Revealed: Cover for illustrated edition of JK Rowling’s The Tales of Beedle the Bard

Bloomsbury Children’s Books has revealed the cover of the full-colour Illustrated Edition of JK Rowling’s The Tales of Beedle the Bard, illustrated by Chris Riddell. The cover brings together some of the main characters from the five wizarding fairytales in the book, including Babbitty Rabbitty and the Hopping Pot.

Much loved by generations of witches and wizards since they first appeared in the fifteenth century, this beautifully illustrated edition is set to become a firm favourite at bedtime in non-magical households the world over.

Mischievous and witty, these five rollicking tales are a deeply satisfying read in the tradition of all great fables and fairytales. Kindnesses are rewarded and selfishness shown to be the ruin of many a wizard. Burping cauldrons, hairy hearts and cackling stumps are met along the way.

Each of the tales is accompanied by a deliciously subversive and insightful commentary by Professor Albus Dumbledore. Translated from the runes by Hermione Granger, The Tales of Beedle the Bard also includes ‘The Tale of the Three Brothers’, familiar to readers of Harry Potter from the crucial role it played in Harry Potter and the Deathly Hallows.

Proceeds from the sale of this edition will go to JK Rowling’s own international charity Lumos, which helps some of the world’s most vulnerable children and young people to have a better life. 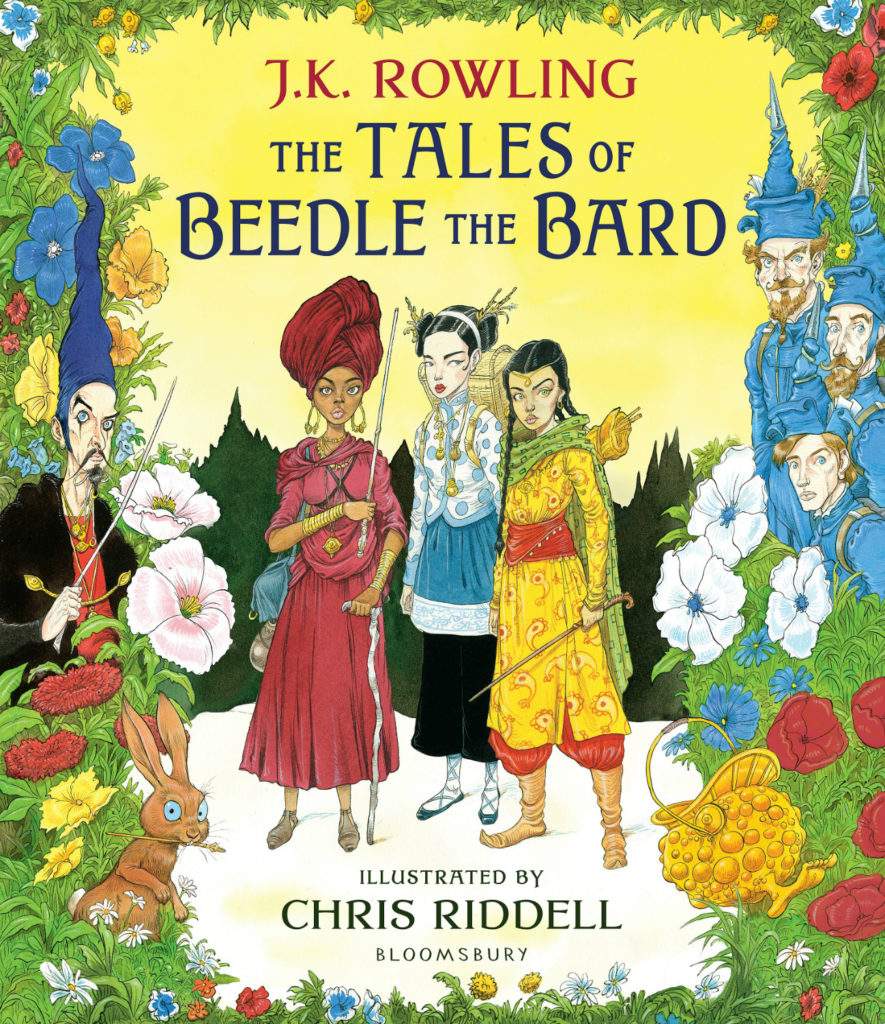 JK Rowling is the author of the record-breaking, multi-award-winning Harry Potter novels. Loved by fans around the world, the series has sold more than 500 million copies, been translated into over 80 different languages and made into eight blockbuster films.

She has written three companion volumes in aid of charity: Quidditch Through the Ages and Fantastic Beasts and Where to Find Them (in aid of Comic Relief and Lumos), and The Tales of Beedle the Bard (in aid of Lumos).

In 2012, JK Rowling’s digital company and digital publisher Pottermore was launched, a place where fans can enjoy the latest news from across the wizarding world, features and original writing by JK Rowling.

Her first novel for adult readers, The Casual Vacancy, was published in September 2012 and adapted for TV by the BBC in 2015. Her crime novels, written under the pseudonym Robert Galbraith, were published in 2013 (The Cuckoo’s Calling), 2014 (The Silkworm) and 2015 (Career of Evil), and have been adapted for TV as a major BBC detective drama, Strike, produced by Brontë Film and Television.

JK Rowling’s 2008 Harvard commencement speech was published in 2015 as an illustrated book, Very Good Lives: The Fringe Benefits of Failure and the Importance of Imagination, and sold in aid of Lumos and university-wide financial aid at Harvard.

In 2016, JK Rowling collaborated with writer Jack Thorne and director John Tiffany on the stage play Harry Potter and the Cursed Child Parts One and Two, which is currently running at The Palace Theatre in London’s West End and at The Lyric Theatre on Broadway.

Also in 2016, JK Rowling made her screenwriting debut with the film Fantastic Beasts and Where to Find Them. A prequel to the Harry Potter series, this new adventure of Magizoologist Newt Scamander marked the start of a five-film series to be written by the author. The second film in the series will be released in November 2018.

The script books of both the play Harry Potter and the Cursed Child Parts One and Two and the film Fantastic Beasts and Where to Find Them were published in 2016. 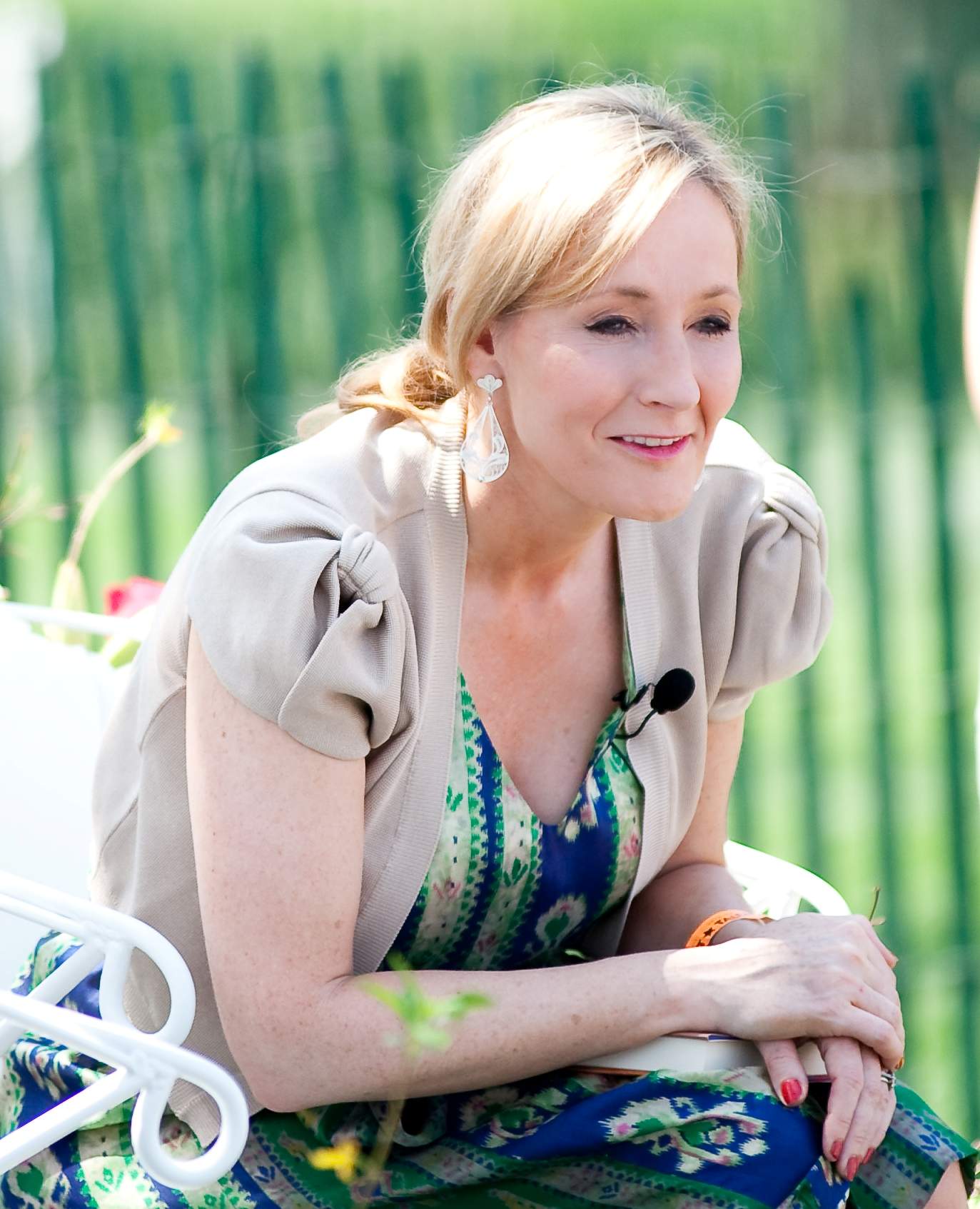 As well as receiving an OBE and Companion of Honour for services to children’s literature and philanthropy, JK Rowling has received many awards and honours, including France’s Légion d’Honneur and the Hans Christian Andersen Award.

Chris Riddell is an award-winning illustrator and acclaimed political cartoonist. He is currently the only artist to have won the Kate Greenaway Medal three times, most recently for his illustrations in Neil Gaiman’s The Sleeper and the Spindle. Chris Riddell was Waterstones Children’s Laureate from 2015 to 2017 and has recently been announced as a BookTrust ambassador. He has illustrated the work of many celebrated children’s authors, including five Neil Gaiman titles. He is the author of the bestselling Goth Girl and Ottoline series and co-creator of the much loved The Edge Chronicles.

Scholastic will publish a US edition of The Tales of Beedle the Bard featuring artwork by Lisbeth Zwerger. Lumos is an international charity founded by JK Rowling to help the estimated eight million disadvantaged children in orphanages around the world to be returned to their family or placed in a loving family environment.