Westland will release the book, Hicky's Bengal Gazette - The Untold Story of India's First Newspaper, by Andrew Otis, this May 27.

The account is set in late eighteenth century Calcutta.

The British are well-ensconced in Bengal, but not yet an empire. Indian princes pose a danger to the East India Company’s plans of commerce and domination. Warren Hastings, the British governor-general, is attempting to consolidate his power in the Company.

Johann Zacharias Kiernander is on a mission to convert heathen souls in a land far from his native Sweden though he is not averse to lining his pockets while doing ‘God’s work’. 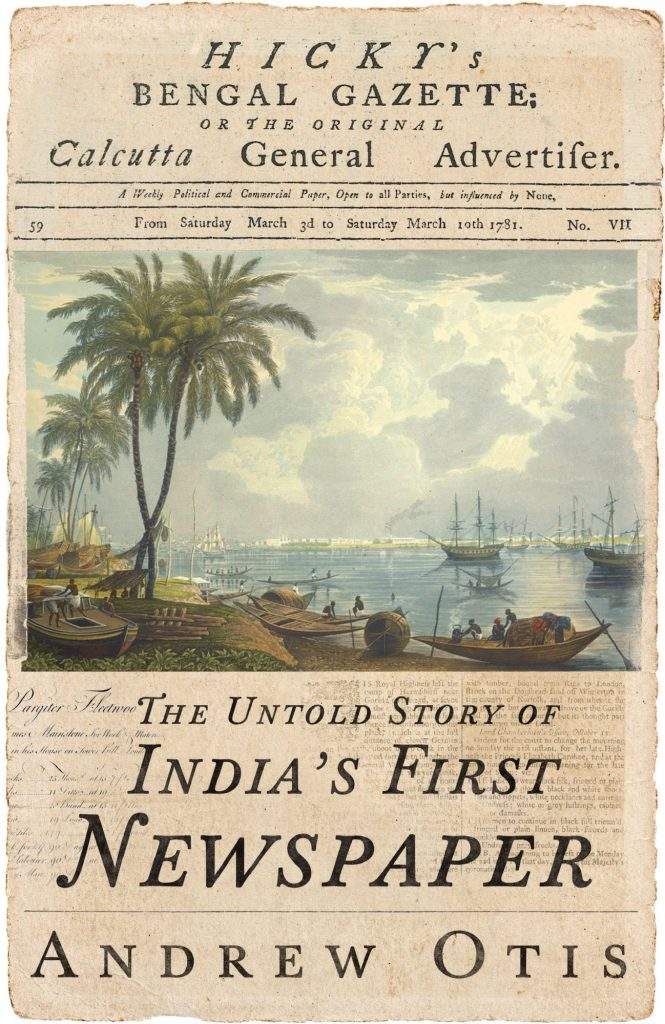 Into this steaming cauldron of skullduggery and intrigue walks James Augustus Hicky, a wild Irishman seeking fame and fortune. Sensing an opportunity, he decides to establish a newspaper, the first of its kind in South Asia. In two short years, his endeavour threatens to lay bare the murky underside of the early British empire. Does it succeed?

This is the story of the forces Hicky came up against, the corrupt authorities determined to stop him and of his resourcefulness. The product of five years of research by Andrew Otis in the archives of India, UK and Germany, Hicky’s Bengal Gazette: The Story of India’s First Newspaper is an essential and compelling addition to the history of subcontinental journalism.

What became of Hicky’s campaign against corruption and tyranny? How did Warren Hastings of the East India Company react to this Irish upstart? Hicky’s Bengal Gazette: The Untold Story of India’s First Newspaper is the product of five years of research by Andrew Otis in the archives of India, UK and Germany.

The story of Hicky is as relevant to the contemporary age as it was to times past.